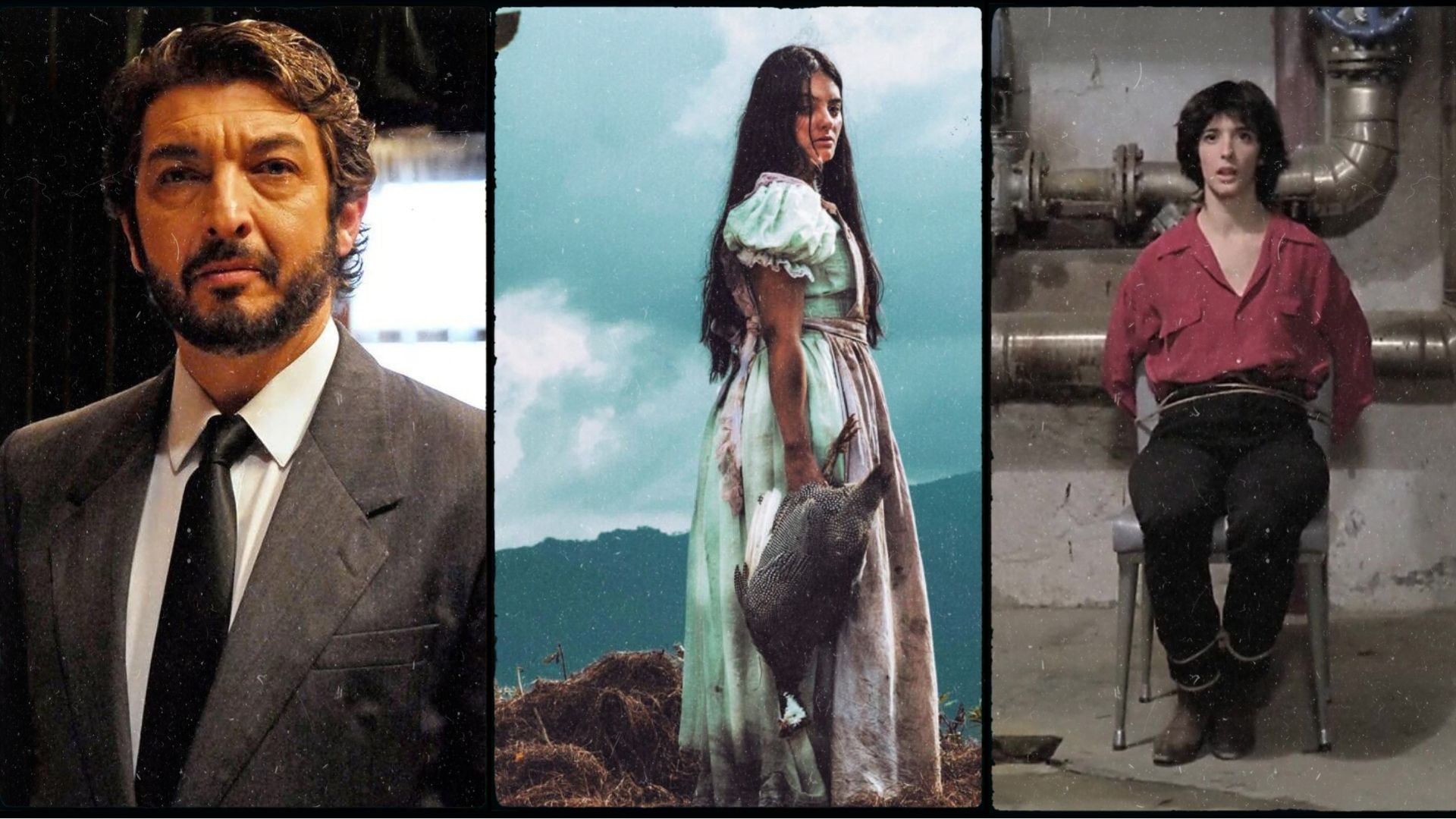 3 Hispanic Horror Films that Would Be Great Horror Games

It’s no secret that we love horror here at DreadXP. Heck, we love it so much, we consume it and we make it. We even recently released Spookware, a collection of spooky minigames. I also have a particular fondness for Latin American horror films. That got me thinking: which Hispanic horror films would make for the greatest horror games? And what you can see below, is my pick of the bunch.

The Secret in their Eyes (Argentina)

Possibly one of my favorite Argentinian films in any genre, The Secret in their Eyes is a masterpiece of suspense. Unlike some other entries in this list, this isn’t about jump scares. This is a slow psychological burn, a masterful game of cat and mouse. A nonlinear narrative about a rape and murder case, brought to life with the acting of Ricardo Darin. Darin is a household name in Argentinian cinema, and his depiction of law clerk Benjamin Esposito is gut-wrenching, beautiful and highly emotional.

This would go play really well, actually, developed in a style similar to Blobber Team’s Blair Witch game. Blair Witch is decidedly more jump-scare-ey, but it’s undeniable that the game relies heavily upon the lore created by Eduardo Sanchez, Dan Myrick, Ben Rock, Michael Monello and everyone who made the source material the masterpiece that it is. Similarly, The Secret in their Eyes is home to a plethora of amazing character development, plot twists and asynchronous storytelling. What more could you ask for?

Luz: The Flower of Evil (Colombia)

I reviewed this little gem for our sister site Dread Central last year. Utterly bonkers, and even more beautiful than it is crazy, Luz tackles complex topics like religious hysteria, machismo in Latin America and child abuse. Not content with tackling complex topics, writer-director Juan Diego Escobar Alzate shot his film in a manner reminiscent of a mixture of Jodorowsky and Ari Aster. The result is a haunting, gorgeous hyper-realistic tale of cult fanatism and the perilous situation of women in the Altiplano. Right up there with the greatest Hispanic horror films, without a doubt.

My first instinct was to pitch a game that was equally as mesmerizing to look at, like the (endlessly updated) No Man’s Sky. But to be honest, some of my favorite game adaptations have been in genres which defy my preconception of the source material’s potential. Therefore, I want to go with The Shrouded Isle. This is still, by far and away, the best cult simulator I’ve ever played. And I’ve played quite a few. It’s all about the gameplay, and you must focus on story elements, forging alliances and ensuring utmost obedience from your subjects. Visually, it could not be further away from Luz: The Flower of Evil. But in terms of what it makes you feel, they are cut from the same evil cloth.

Guillermo del Toro has (deservedly) become synonym with Spanish-language horror. The dude’s got an Oscar! But I think that’s precisely why I wanted to shy away from GDT. Everyone’s already said why his films would make great games. And they would. But there’s a director whom I love that has remained a little less known, at least in name. Alejandro Amenabar’s best known film is perhaps The Others, with Nicole Kidman. But my pick of the bunch is Thesis. The film revolves around a film student tracking down snuff films. It’s incredible, and put Amenabar’s name on the map. It’s a shame that it’s so hard to find a place to stream it. When it comes to Hispanic horror films, this is at the very top of my list.

As for the game, I think this does lend itself to something akin to Alone in the Dark or Amnesia. It would have been quite tempting to go with Silent Hill, but one of the great things about Thesis is just how defenseless the protagonists feel against the odds. They are just not prepared for what they got themselves into. And that just streams Amnesia to me.

Which Hispanic Horror Films Would You Make Into Games?

Be sure to reach out over on Twitter @DreadXP_ to tell us which horror films you’d like to turn into games. And reach out to me directly @MarcosCodas to talk about anything and everything related to Amenabar’s incredible career.