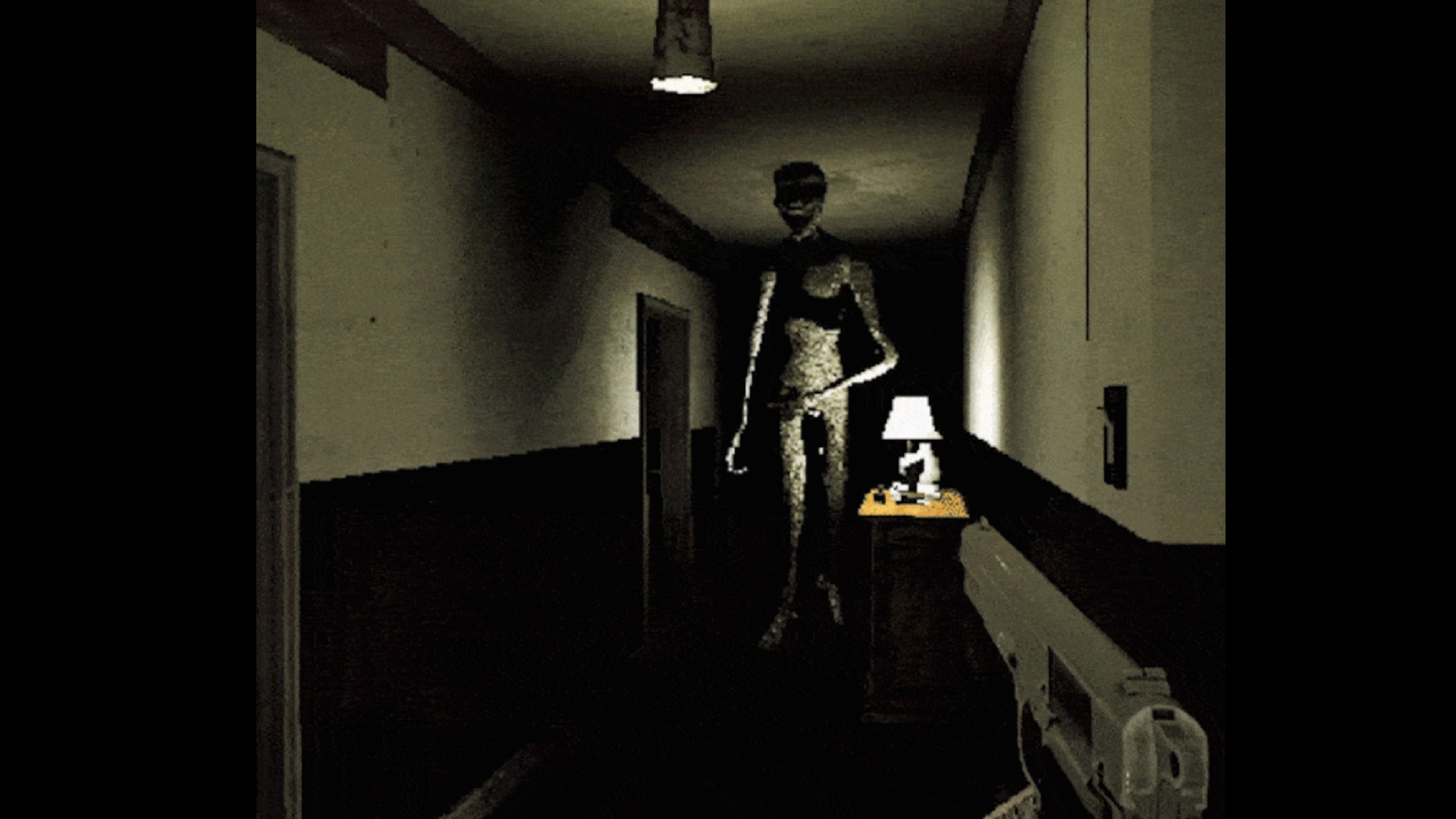 The Anatomy of a Scare series interviews horror game developers about the most chilling scares in their titles, examining how they were created, what thoughts went into their design, and the reasons they felt these moments were so terrifying.

MOTHER is a chilling game where a parent has to keep their children safe from some nasty creatures that are stalking them through their cramped home. Keeping your kids safe often involves throwing yourself into danger, forcing the player to face their fears rather than play carefully to stay safe from them. This creates an incredible tension throughout the game as you stare down the things that frighten you, making for an unforgettable horror experience.

Despite having several hulking monstrosities to scare the player with, though, developer Irwin Segarane felt like a much smaller encounter was the most vital scare in the game, one that would show the player the power of the tension this game wove into its world. It would also ensure players never felt safe again in this gloomy place.

“The biggest scare of MOTHER happens when a remote-controlled, cymbal-banging monkey toy moves around the house, seemingly stalking the player and having a life of its own. The whole sequence ends with a jump scare when the player least expects it: when they think the level is already over,” said Segarane.

Why the monkey toy encounter? “It’s an important one because it helps to keep the player on edge. If that random little toy ended up being so scary, anything for the rest of the game could potentially be a threat,” he continues.

Sometimes, it’s not about using your biggest, most frightening monsters and tools to scare the player, but about creating an unease in the smallest aspects of the game, showing the player that nothing, no matter how tiny, should be taken for granted. Something might appear to terrify you at any moment.

For Segarane, part of the creation of the scare in MOTHER was in taking an ordinary situation and then twisting it into something frightening. “I was searching for something that evokes fears related to childhood, and which would also be a common situation that a mother has to go through when dealing with her children. An annoying creepy toy fit that description perfectly.”

From here, it was a matter of getting the right toy, and then the right look for that toy. “I had different ideas for what kind of toy it could be, and I ended up picking the cymbal monkey, which is to me a classic creepy toy that most people will probably know about. I also loved how it worked in the PS1 art style, which deformed its features and turned it into some kind of nightmarish little monster,” he said.

The eerie toy, its features warped by MOTHER’s unsettling style, allow a certain amount of imagination to be at play when the player takes it in. Something about it, like much of the game’s world, feels offputting, as if reality isn’t quite put together right. You can tell what it is without issue, but just enough of it is vague and shifting that it creates a discomfort in the player.

It wasn’t just the look of the toy that mattered, though, as drawing from childhood and playthings also added to the scare he was looking to set up. “For me, children & childhood is a theme I really like in horror; I find it very creepy. I often think about movies when designing and coming up with ideas, like The Exorcist, Babadook, and even the creepy child in The Shining,” said Segarane.

“The idea of kid’s toys can be especially creepy. I think it’s because we, as adults, consider them to be inert objects. But children, in their increased imagination, often see them as living things they interact with. And they will talk about their toys like they actually exist,” he continued.

This sense of life within an unliving object creates a delightful unease in the player when they run into the cymbal monkey in MOTHER. There had been little in the way of things moving around the apartment before this point (besides your children), so seeing this thing wandering about was discomforting. Watching it meander of its own free will was even stranger. That it was something so familiar to horror fans also leads players to feel that something is up, further increasing tension. It makes the player anticipate a scare, which adds to the buildup and atmosphere of an already-tense game.

Segarane could have built the player up for a hard scare using the monkey and it would have been effective, but he was shooting for something a bit more complicated. “I think the best way to scare someone is to make them think something scary is going to happen, and make that feeling linger until it’s gone and they feel safe again. It’s at that moment that you go all out and surprise them,” he said.

Getting the player wound up for the scare, then letting them down, THEN catching them with a scare is a great formula that results in some memorable moments of terror. The original Fatal Frame excelled at this tactic, often taking actions that would imply a scare was coming, only for it to happen a few moments afterwards when the player was convinced the scare was no longer happening.

This isn’t an easy balance to land in MOTHER, according to Segarane. “The lead-up to the scare is all about making the player constantly doubt if something is going to happen or not. It’s a difficult balance; If the scare is too obvious, it’ll feel expected. If it comes out of nowhere, it’ll feel cheap and annoying instead of scary,” he said.

Playing with this timing was a vital aspect of frightening the player after the cymbal monkey scene. The player expects something to happen the entire time they’re following the monkey around, only to feel safe when they hit the level-ending mechanic, which is when the player goes to sleep. During this in-game time, nothing much happens as the counter winds down, eventually transitioning the player to the next day. So, when you arrive at this moment, you feel safe and relieved, as nothing much came of the monkey encounter. It just seems like something the developer did to wind you up, as you have completed the level and are moving on.

“The actual scare starts when the player goes to bed and falls asleep. Usually, nothing much happens during that moment, but this time the monkey toy starts to move around the player’s bed after it seemingly disappeared. This creates a second, smaller lead-up right before the actual jump scare,” said Segarane.

Again, you feel safe from the horrors of MOTHER, now. You’re doing the thing that ends the level, which means you are safe. It’s like the Save Rooms in Resident Evil games – places of solace where nothing bad happens. You can let your guard down in them, which is something that a developer may not want in a horror game. A place where the player feels 100% safe can be good if they need to calm down, but sometimes, making places like that feel unsafe, even if it’s only for a single moment in the game, can make the player far more uneasy than they had even been with your game before.

“The jumpscare suddenly happens when the player closes their eyes and tries to sleep to end the level. I think it works well because at this point the player has been conditioned to the mechanic that the level WILL end when they goes to sleep. But this time, when the player thinks they’re safe, a nightmarish toy appears up-close on their bed and wakes them up with terrifying cymbal-banging noises,” he continued.

The player has been made to feel safe after being wound up for an entire stage, putting them in a state where Segarane blindsides them with a big scare. From here on, the player will never trust that the level transitions are safe places any more, always wondering each night if something terrible is going to happen to them again.

Segarane introduces a moment of quiet for the player to wind down after the scare, feeling that calmness after a scare adds a certain power to it. “The scare ends with the level ending, giving the player time to breathe and pick themselves up after feeling scared. I think high-intensity moments are often more impactful when followed by calmness. They work well when closing sequences of gameplay,” he said.

This gives the player time to mull over the consequences of this moment, again showing that no place in MOTHER is ever completely safe. Nor is an innocent children’s toy, which could be as terrifying as a grinning, too-tall monster in the hands of a talented developer. It’s about using the tools you have, playing on frightening feelings, and knowing just the right time to hit the player with aspects of your scare.

The unexpectedly frightening results were pleasing for Segarane. “I’m happy – even surprised by – the results, as I didn’t expect this to be the scariest moment of the game. Making this game has taught me that the way players will experience what I create is often very different to the way I experience it, and often moments which, to me, weren’t as strong had a very big impact for them, and vice-versa,” said Segarane.

Even to the people creating these games, horror can strike in surprising ways. While drawing upon childhood imagination and fears, a sense of timing in a scare, and playing with player expectations, Segarane created a scare that carried a power far greater than what he expected, greatly terrifying MOTHER players. Still, it was in carefully applying his knowledge of horror that he created something that would really scare his players, turning an innocent toy into one of the most frightening things in a game about child-killing creatures. 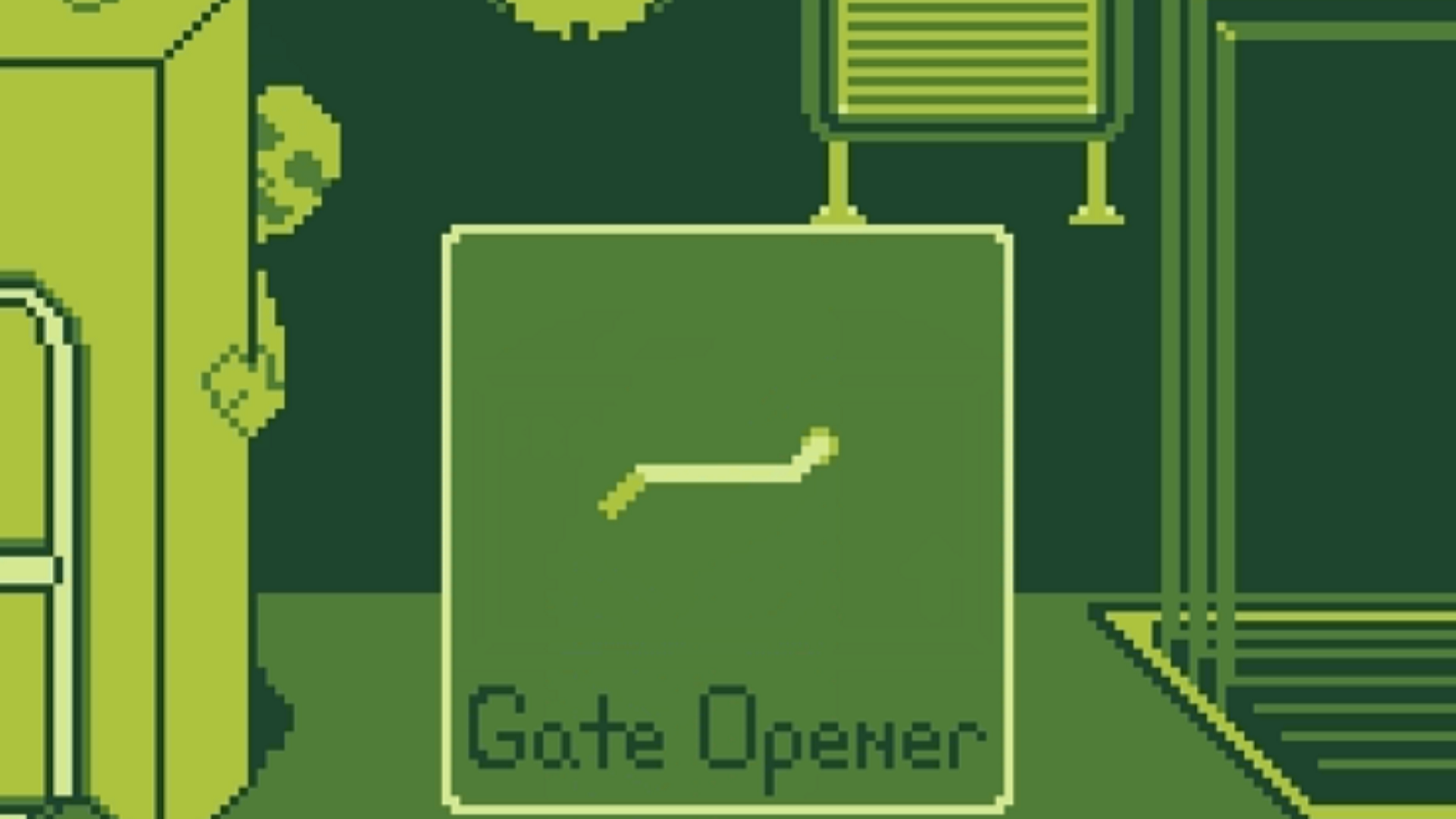 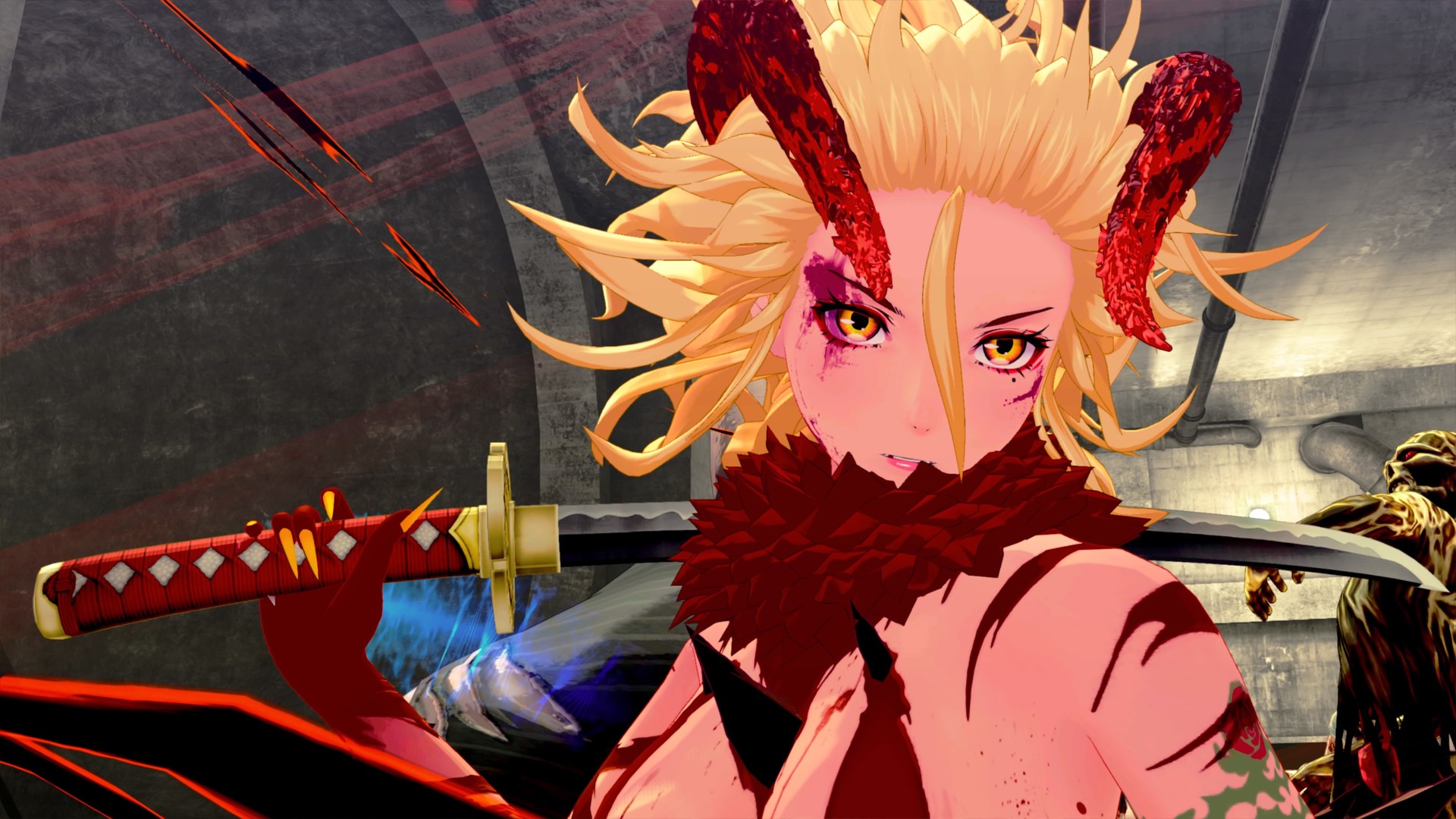 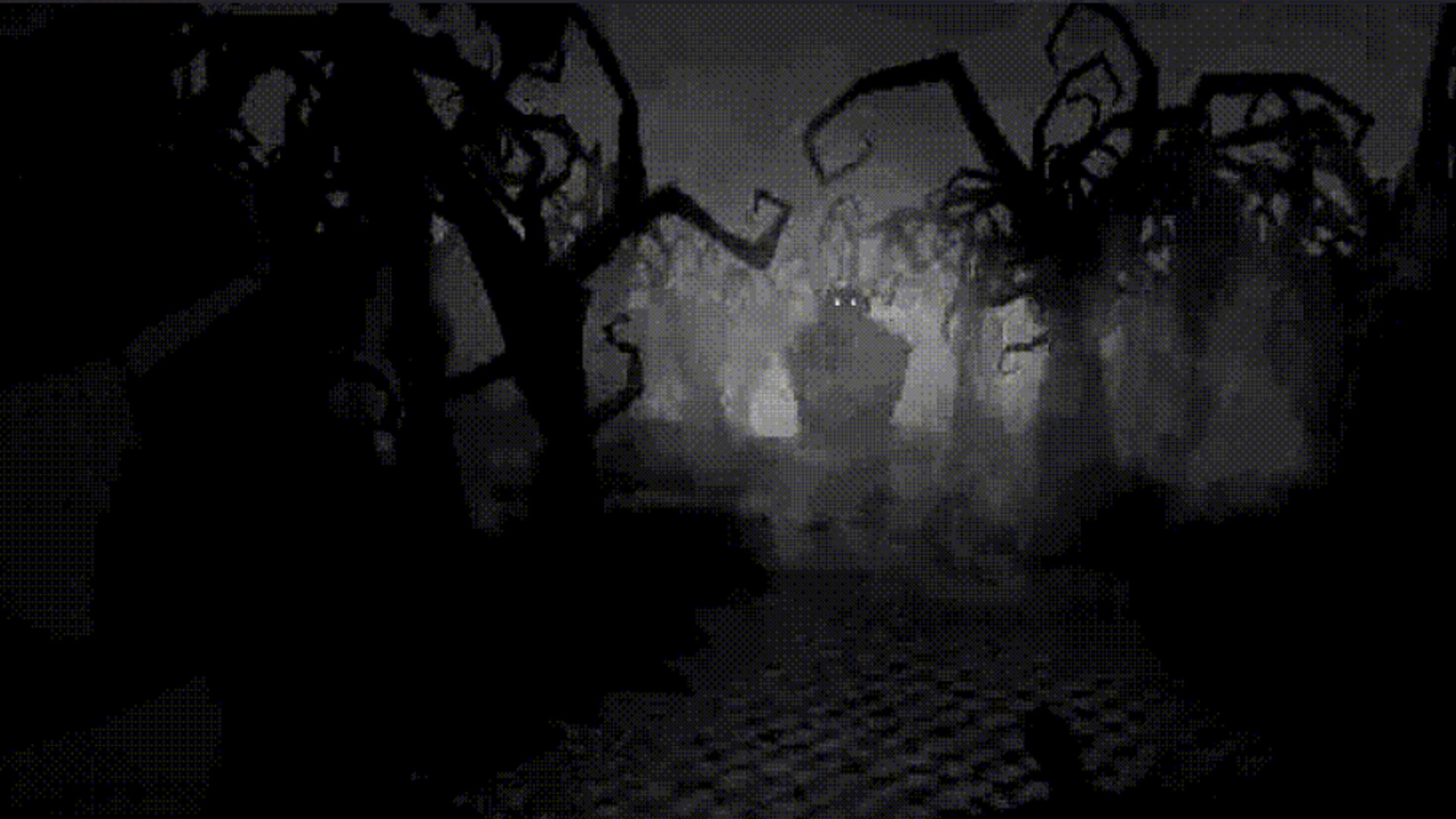