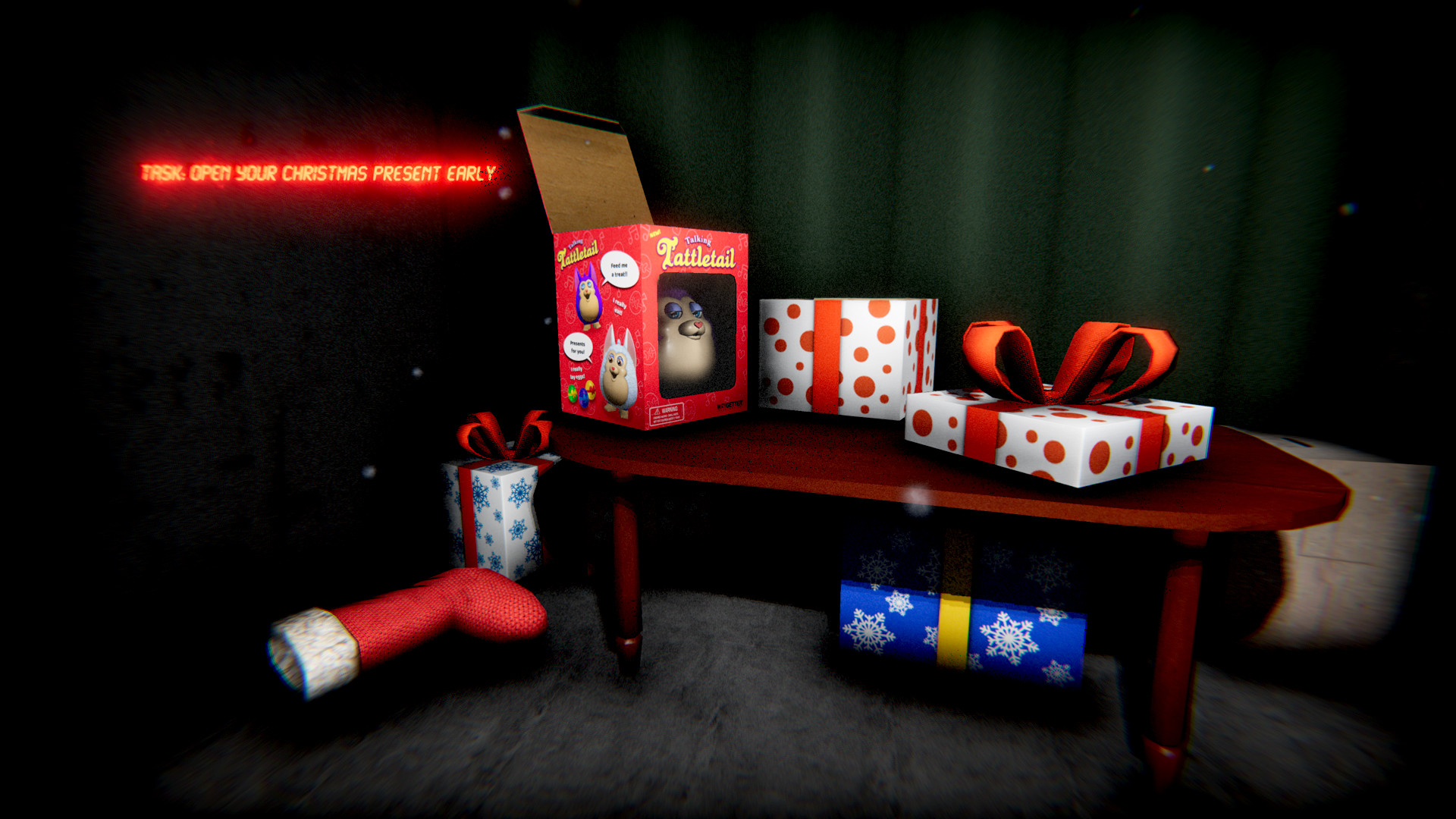 With all of its bright lights, smiling children, and general cheer and merriment, the holidays aren’t always the best inspiration for horror games. That doesn’t mean that there aren’t some terrifying games you can play that will also get you in the spirit of the season. Or get your head split. Staining the snow red is kinda holiday-themed. Right?

With that mindset, here are five Christmas horror games to bring gore and mayhem to your happy home.

You’ve landed on a strange planet – the one Santa’s workshop is on. Screw the North Pole, I guess. Seeing as Santa is out bashing skulls here, you need to get off the planet before the unhinged Kris Kringle catches you. You need to pass through the village, workshop, and Santa’s Castle if you want to get away. The giant elf is persistent, fast, and monstrously strong, so escape won’t come easy.

If the idea sounds hokey, keep in mind that this is from horror giants Puppet Combo. Expect grainy filters, bloody smears, and jarring scares. These developers did a great job at really making the beloved holiday icon into a terrifying threat. You’ll definitely be looking over your shoulder at the next mall Santa you pass by.

What’s a holiday celebration without a delightful new toy? Here, you get the hottest new plaything, the Tattletail, when you open a gift early in this Christmas horror game. Basically, the thing’s a mixture between a Furby and a Tamagotchi, except with a bit more danger involved in taking care of it. You need to keep it groomed, fed, and charged, or else it will start making a lot of noise. Doesn’t sound particularly scary, but if the Mama Tattletail that’s wandering your house happens to hear it, things will not go well for you. It’s a bit more…aggressive than its cute little counterparts.

Keeping the Tattletail happy and silent will have you going all over the house, playing games it wants to play while keeping it clean and charged. Doing so while staying out of Mama’s way is a tense experience – one that might make you regret opening this holiday gift. It’s a constant juggling act to keep up with its various needs (and keeping your flashlight lit, as you need to shake it to charge it and it makes enough noise to draw an irate Mama right to you).

While short, the game is loaded with tension as you try to quietly take care of your Tattletail, every failure drawing a killer toy your way. You’ll feel each minute pass as you struggle to do everything you need to please Tattletail, praying nothing is nearby to hear its cries when you screw up. What better way to add some Christmas horror than with some murderous toys?

Alone in the Dark: One Eyed Jack’s Revenge

Edward Carnby finds himself in an odd shift in direction with this title. The original game was focused on adventure game puzzles, but this one focuses on combat. It probably shouldn’t have.

Carnby is in a mansion filled with bizarre undead folks, most of them wanting to perforate him with bullets. Zombies with machine guns is a pretty solid plan, as it turns out. With all of the undead packing heat, it’s very easy to die in this game. Really makes for a tense Christmas horror title. Holiday undead pirates, I might add. The story is pretty wild, if you can live long enough to see it.

What’s a good way to keep from being killed, though? Dress as Santa. As it turns out, even the undead love Santa. There is a long segment at one point in the game where your best bet is to dress as the jolly elf while you go about your business. It brings a bit of holiday cheer to those living corpses. Then you poison them, which probably makes them less cheerful. Not all of Santa’s gifts are winners.

As an extra bonus, the voice acting in this game is absolutely hilarious. If your holidays don’t have you smiling, these voices will.

Keeping your infant away from killer reindeer and a demonic Santa is challenging and definitely frightening in this ruthless Christmas horror game.

The Lakeview Cabin games are highly-lethal sandbox puzzle games of sorts. Picture Scribblenauts, but with more naked people and dying in fires. And without the option to control what elements you bring to each level; you need to work with what you find, instead. You need to figure out where the holiday-themed killers are, how they behave, and what series of events you need to put into effect to stop them. You’re free to use any tools you find within the level, or try any combination of items you find (boxes, newspaper, shotgun shells), to survive. That said, there are many traps and pitfalls (try not to blow yourself up), so avoiding death is a constant challenge.

You’re going to die to Santa and his little helpers a lot. They’re terribly persistent and their activities can be hard to map out. You need to take a lot of time just figuring out how the Christmas killers behave within the chapter (and how items interact with one another), slowly whittling at the stage’s secrets as you explore new places and try new things. Trial and error are your friends, but death always comes fast in these games. Last Christmas is no exception, although it’s a bit simpler than the game’s other chapters. Still utterly deadly. Just a bit easier to figure out.

Plus, you can set up some decorations as a kind of trap. It’s all very Home Alone. Until your kid freezes to death outside, I guess.

With all of these evil Santas running around, why not play something involving our lovable punisher of nasty children, Krampus? Well, this year you’ve been kind of a dink, and Krampus is coming around to mete out your just reward. It might seem a bit excessive to punish you this hard, though.

You need to stay alive for the night, keeping away from Krampus while collecting the tools you need to keep ahead of it. Running from it will work if you need to escape in a pinch, but Krampus is quick, so don’t expect it to help you for long. If you manage to stay alive, you’ll make it to the Feast of Saint Nicholas and will get some great toy rewards. And be alive, which is always a plus.

The simple visuals give this one a surreal atmosphere that exudes a sinister sensation. Something about the look of this game always makes me feel like something is off about its world. It makes me feel uneasy, which feels appropriate when a demon comes rushing out of nowhere to punish me for being a bad kid. 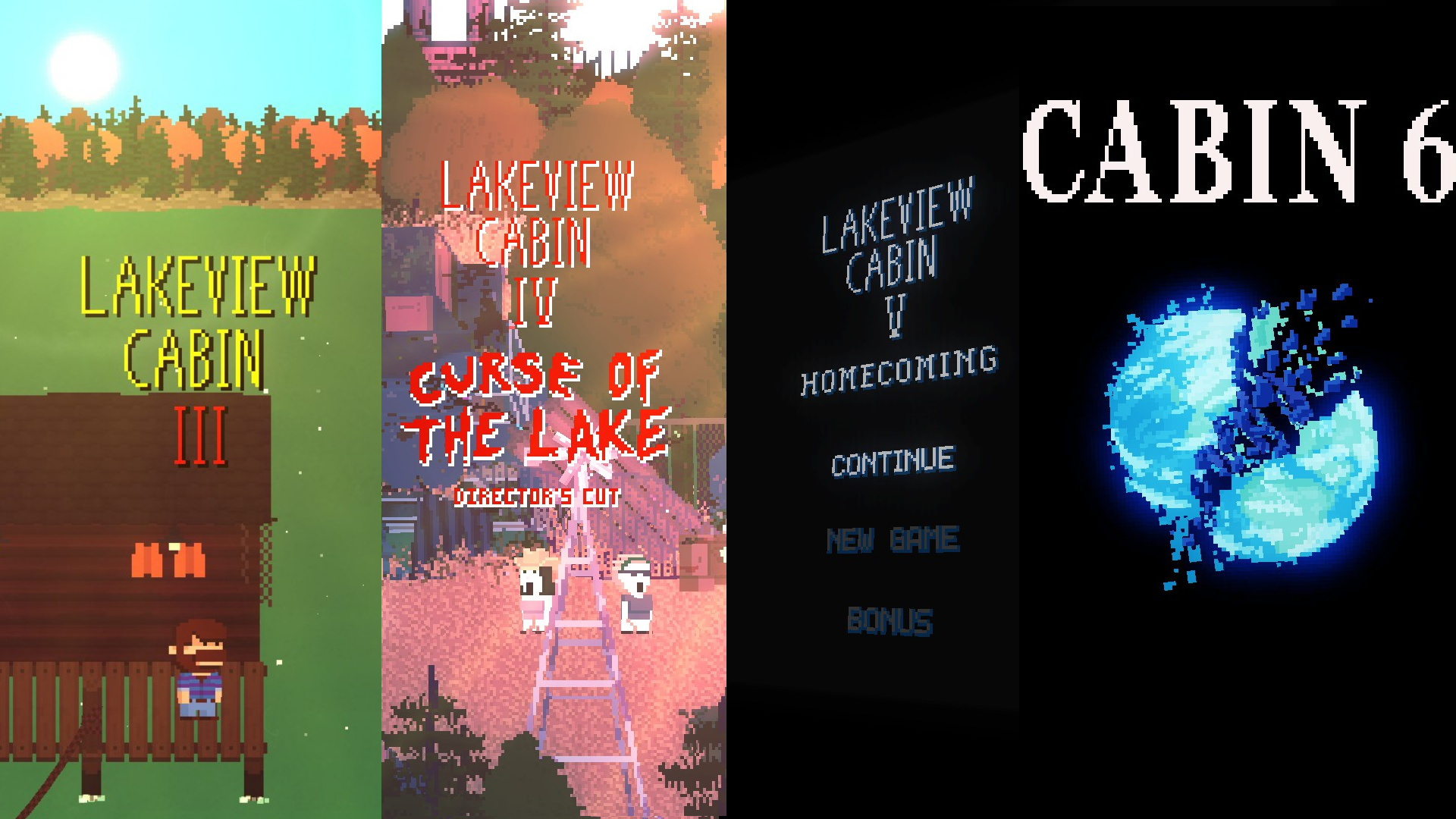 Lakeview Cabin Collection: You And Your Friends Are Dead 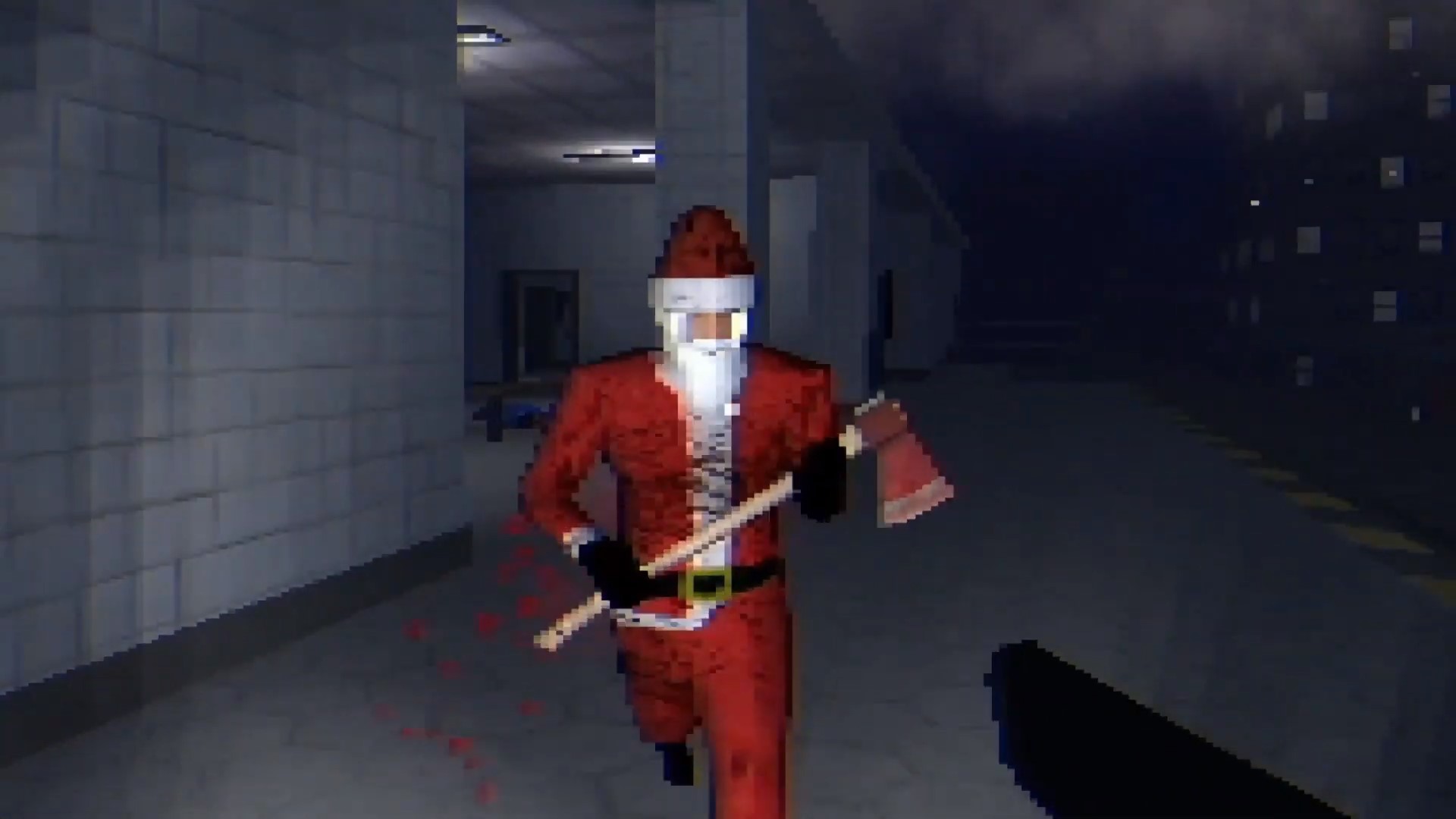