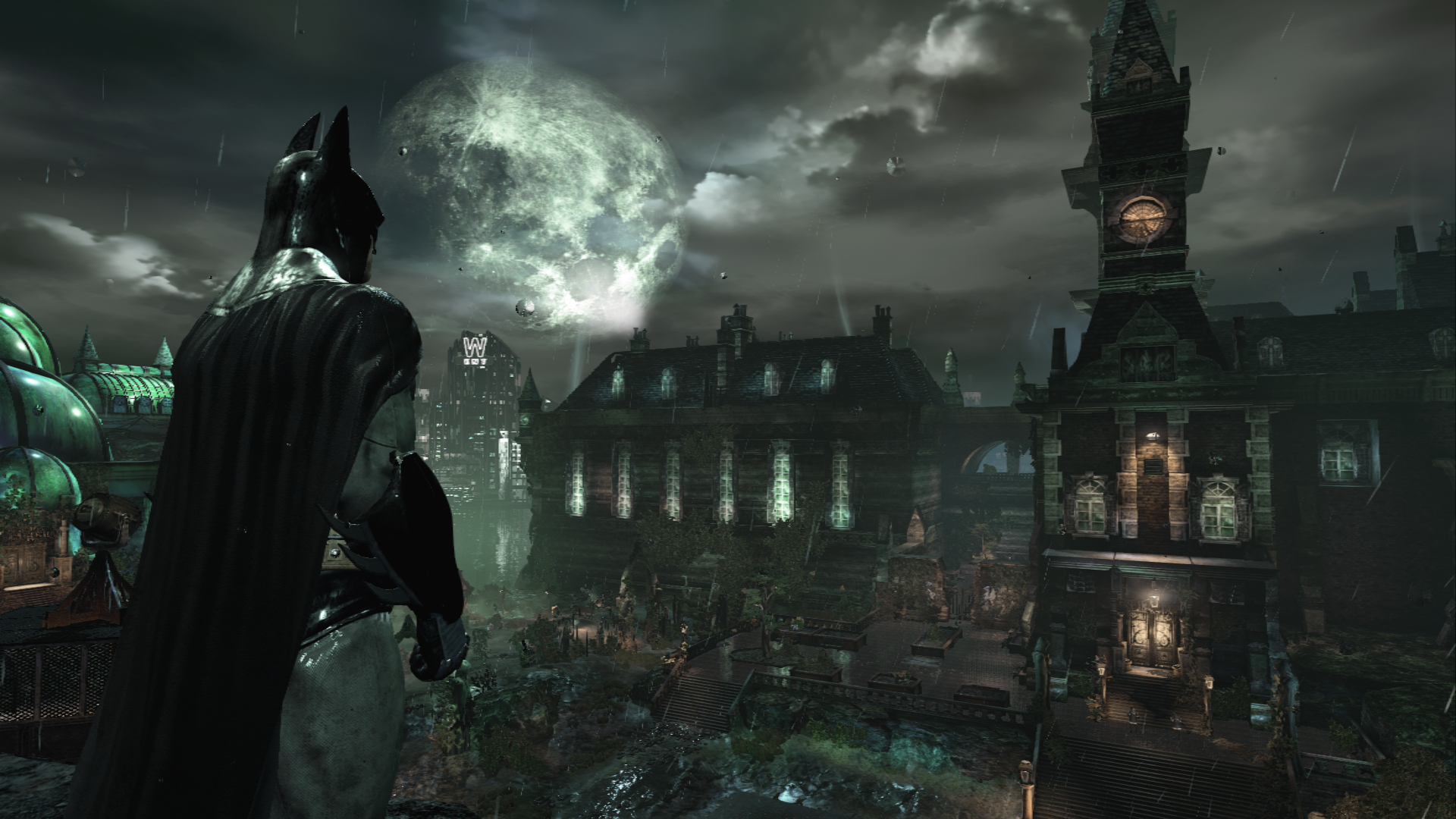 For the first part of this new series, I wanted to find some incredible horror scenes or segments in non-horror games. So I figured the best place to start would be to dive back into a beloved franchise and a mostly beloved trilogy.

When Arkham Asylum came out in 2009, we were met with a dark and gritty game about the world’s greatest detective. And while Batman as a franchise is darker, I didn’t expect Arkham Asylum to go full-on horror.

Arkham Asylum follows Batman after Joker traps Batman in the titular asylum and sets all the inmates free to run wild all over Arkham Island. Batman must not only stop the Joker and his deadly plans. But also deal with his rogues’ gallery that is held in Arkham. I won’t spoil the main story here, but if you haven’t played Arkham Asylum, you should. It is a fantastic game!

Part way through the game, Commissioner Gordon gets captured, and we need to track him down. This leads Batman to the Medical Wing of Arkham. After dealing with some goons, we head down to the Morgue. Almost immediately, we come across a horrific scene of some inmates choking on some sort of gas that is very reminiscent of the scene in Independence Day where Brent Spiner gets thrown up against the glass. As we round the corner from that grisly scene, we see Commissioner Gordon slumped up against a wall dying. There is some fantastically creepy environmental work done here where everything looks dirty and bloody while we keep catching glimpses of some terrifying creep.

It all leads up to what has to be the scariest scene in the game, the morgue. When we enter the morgue, this ominous feeling is in the air. Everything is too pristine compared to the rest of Arkham. When you walk into the room, there is a platform where the mortician deals with the bodies. We also have the cold storage doors opening and closing while some ominous whispering is going on. But right now, there are three body bags just sitting in the open with no one around to properly handle them. So what does Batman do? Well, he opens them, of course.

This is where the game shows its chops by sending us straight into a horror game. As Batman opens the first body bag, it is a zombified version of Thomas Wayne, his father. As his head slumps over and he speaks to Bruce Wayne, “You should have stood up to him, son. Like a man.” Haunting stuff, so do we need to see what’s in the other two bags? Well, of course, the World’s Greatest Detective needs to find out, and he opens the next one revealing a zombified version of his mother. Following what your dead father just said to you, Martha Wayne adds, “Help us, Bruce! Don’t let us die!” Truly haunting stuff. At the end of that, there is only one body bag left, and what’s inside it is the source of all of Batman’s recent nightmares. Scarecrow, hiding in the last bag, injects Batman with his fear toxin. Transporting him to a bizarre world where Scarecrow himself is a rotating pillar looking for Batman. When you get to the end of the sequence, you shine a light onto Scarecrow, and Batman comes to his senses in the empty Morgue.

While we face Scarecrow a few more times in Arkham Asylum, nothing ever comes close to that first encounter which is borderline horror. After playing through that sequence, I decided to go through Arkham City, the next game in the series, to see if there was anything else that butted up against the horror genre. I was sorely disappointed in that regard. Even though it is an amazing game, I would have to wait until Arkham Knight to face what is probably the more horror-facing batman game we have gotten. But more on that next time.

For more features, reviews and interviews, stay locked into DreadXP and go play Arkham Asylum. It really is a fantastic game.