One of my favourite hobbies is to analyse the differences between where I was born, and where other people were born. I know, sounds like a wild Friday night. But it has really helped me get a better understanding of how the world became what it is today. And when comparing England Vs. Latin America, nowhere is this difference more distinct than in computers and video games. So, join me for a trip down memory lane, as we look back at what it was like growing up as a nerd.

I grew up in Paraguay. Paraguay is many things, but one of the things it’s not, is the UK. So the following comes from a near-endless amount of research on what the UK was like in the 80s and 90s. In particular, their education system’s focus on computing.

Formally known as the Computer Literacy Project, the initiative was developed by the BBC (itself State-owned). At the centre of it all were two crucial pillars: the BBC Micro, and The Computer Programme.

The British Broadcasting Corporation Microcomputer System, or BBC Micro, is a series of microcomputers and associated peripherals designed and built by the Acorn Computer company (Wikipedia, 2021). Developed by Acorn (who also created the ARM architecture used on almost every Android phone and Raspberry Pi computer around today), these 8-bit machines eventually made their way to most schools in the United Kingdom. Overall, over 1.5 million units were sold. So, if you grew up in the UK in the 80s and early 90s, changes are you learned to program on a computer. And that computer was an Acorn BBC Micro.

It is almost impossible to overstate the importance of this on the gaming industry. One need only think about names like Codemasters (Colin McRae Rally, F1 series), Eidos (Tomb Raider), Ocean (Jurassic Park, Addams Family, Rambo, Robocop), Peter Molyneux (Fable, Populous, Dungeon Keeper) to realise just how much the UK matters in gaming history. If you were growing up as a nerd in the UK, there was plenty for you to do, and certainly much to enjoy. And all of this is as a direct result of the Computer Literacy Project.

We must not forget the Micro’s key accompaniment, The Computer Programme. People in the UK would get prime-time television programming with a focus on computers as early as 1982, all the way into 1987. Kreftwerk composed their theme music, Computer World. Thanks to The Computer Programme, the BBC Micro went from a nerdlinger’s hobby thing, to the revolution which was changing the British Empire. The show made computing cool.

So, we now know how the computer revolution in the UK got started. Let’s jump across the pond to Paraguay, and see how we got along here, shall we?

You caught the extended time frame, I take it? Allow me to explain. Much like the Computer Literacy Project ran in the UK from 1981 to 1994, we also had something going on over a long period of time. Specifically, Paraguay was a military dictatorship from 1954 to 1989. I’ve written extensively about General Alfredo Stroessner’s role in Paraguay’s relegated cultural growth. I’ve even delved deep into his penchant for building knock-off gaming consoles. No, seriously.

Paraguay was, for all intents and purposes, in the Dark Ages during Stroessner’s Reign of Terror (as it’s become known). I was born in 1985, and by the time I did my first computer course in 1993, the effects of the decades-long dictatorship were still being felt. I didn’t know it then, but growing up as a nerd in Paraguay was very different from the experience my future friends (such as Amiga developer and aficionado Simon Plumbe) over in the UK were having.

In fact, while the UK had computers in every single school since the early 80s, it took a gargantuan financial effort from my parents to enrol me in a private institute. Over a decade later! As you can see from the picture, it wasn’t in glamorous surroundings. But I loved it. I remember actually convincing my mom to let me wear white gloves the first time I was to touch a computer keyboard. The first two months of the course were on how not to set the thing on fire.

The Thing I Learned On

What thing? Glad you asked. It was a 286 of some sort. An IBM PC clone for sure. There was no way for a teacher in Paraguay to afford an IBM-branded computer then. It’s still hard today.

What they taught me was very pragmatic, too. In the 80s, British kids learned to program on the BBC Micro. 10 years later, it was much more practical to learn how to use spreadsheets, design software and word processors. Yes, even back then, you could make computing boring.

Only it wasn’t. For me, getting to use WordPerfect or Lotus 1,2, 3 was more exiting than playing a PS5 on launch would be today. Sure, I enjoyed playing on my Sega Mega Drive. I still do, actually. But I felt that video games were passive when compared to computer software. In games, I was reacting to what other people created. With a computer, I could make whatever I wanted. It was crap, but it was my crap.

Fast forward three more decades, and I seem to have caught up. I still make crap, but at least it looks OK most of the time. But Paraguay hasn’t caught up at all. There’s still almost no computer literacy in the school curriculum. There are no computers in schools. In fact, even the Ministry of Education still hasn’t put in place a distance-learning platform robust enough to actually be useful. We’re 2 years into a pandemic!

Paraguay has been unable to replicate in 2021 an initiative which the UK put in place nearly forty years ago. Of course, Paraguay has many other attributes. Our agricultural exports are second to none. But if you’re growing up a nerd in Paraguay, the gap between you and your UK peers has not closed as much as one might think in the 30-odd years since I was a wee lad.

And what a shame that is. 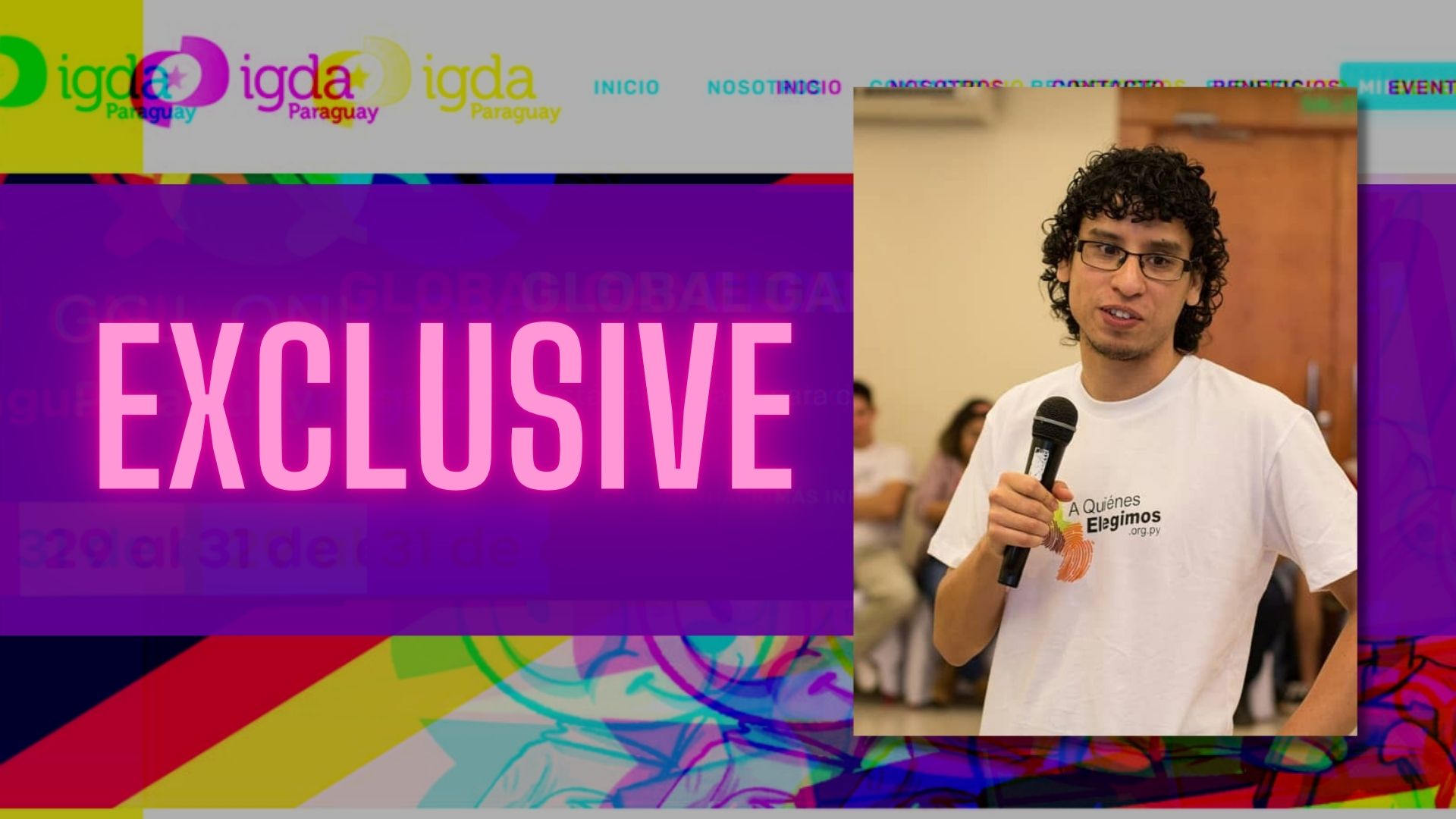