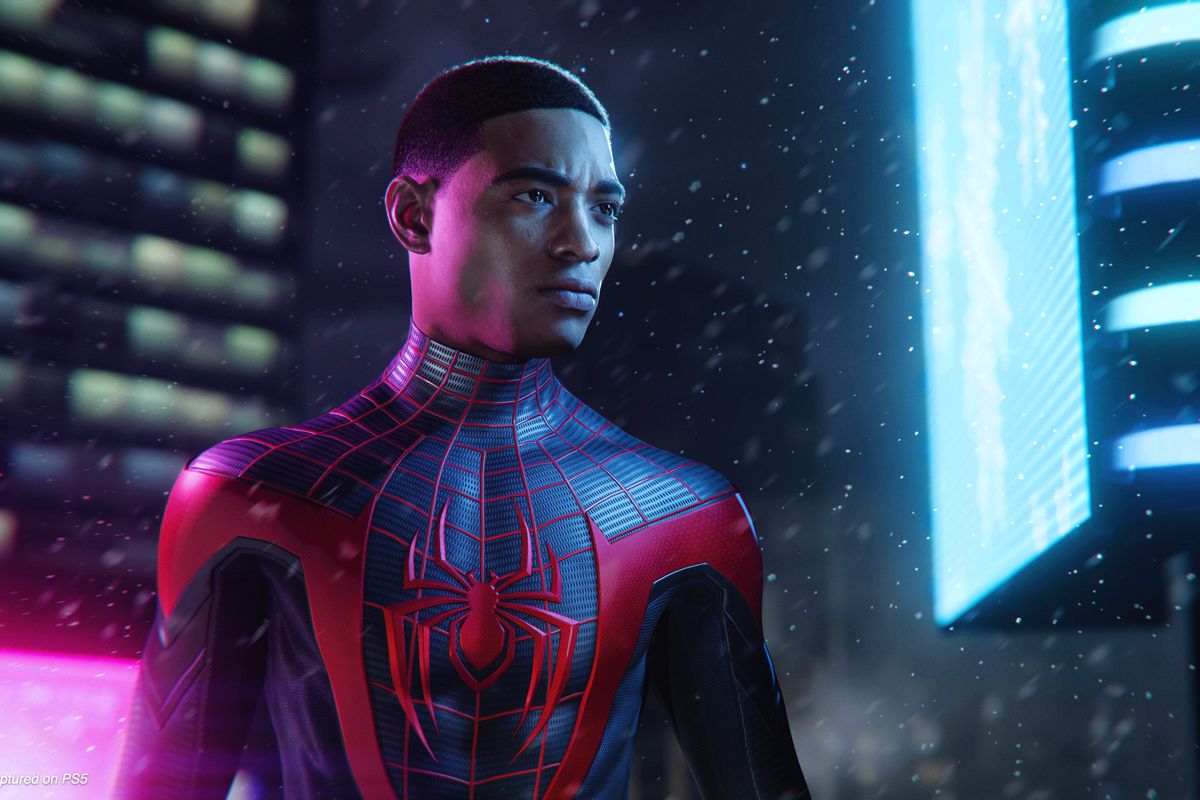 First off, allow me to extend my gratitude for your patronage! Welcome to Hispanics in Games, a bi-weekly column dedicated to highlighting game developers, content creators and video game characters who happen to be – you guessed it! – Hispanic. And I have to say, if I could choose an event to start the series with, a Miles Morales game announcement would be right up there as top pick. Morales’ Great Responsibility stint is not as long as Peter Parker’s, but the Afro-Latino teen hero carries an equally heavy burden on his shoulders. Today, let’s walk through who Miles Morales is, the history of the Spider-man name in video games, and why this game in particular, has the potential to start a paradigm shift in the gaming industry.

Before we get onto that world-altering stuff though, let me paint a picture for you: Hispanic games journalist, 34, sitting in front of an ultra-wide computer screen. He told his wife the purchase was for work, but really, he bought the monitor so that he could watch precisely this type of event and still pretend to be working. Playstation’s new console, the PS5, is finally about to be revealed, along with some upcoming games. Nothing seems out of the ordinary, and most of the games to be announced had already been leaked. One eye on the stream and the other on the CorelDRAW tab that just won’t budge, the jaded 34-year-old Millenial is waiting to hear what Peter Parker’s next adventure will be. It had always been Peter Parker, of course. Peter Parker is Spider-man, after all. And yet, something feels… different. There’s a shift in tone, in presentation… in character. And then, there’s the name: Miles. This is not a Peter Parker Spider-Man game. It’s a Miles Morales game. The first-ever, franchise-spearheading, console-selling, Marvel-representing, web-slinging video game to feature a Hispanic protagonist. No monitor was wide enough to cover the grin on the dumbfounded journalist’s face. At long last, he saw himself wearing the suit.

I know, I know. It’s a bit melodramatic. But that’s really (mostly) what happened. On June 11th, Playstation announced that the follow-up to the wildly successful and critically acclaimed Spider-Man (2018, Insomniac) would, in fact, star Miles Morales. With well over 13 million copies sold, and after becoming the fastest-selling PS4 game of all time, the latest entry into the Spiderverse was a hard act to follow. And yet, developers, publishers and Marvel decided that it was time to try something new. Something that had never really happened before: giving an Afro-Latino teen center stage.

It takes courage to move from the familiar into the unknown, particularly with such a beloved, storied character. And track record for Playstation titles isn’t really the strongest, either. Tomb Raider‘s Lara Croft, for example, was supposed to be Laura Cruz, until the name was deemed “too ethnic”. Even closer to home are the decisions made on Uncharted: Golden Abyss, where Drake’s partner is Marisa Chase (though her grandfather’s last name is Perez), and the plot revolves around cliche after cliche of Panamanian gansters, swindlers and robbers. The examples, sadly, are plentiful, but it is amazing to see that Insomniac and Playstation are trying to move away from this cookie-cutter portrayal of Hispanics, and focus on positive representation instead, particularly on such a game with such importance to the success of Sony’s next console.

And really, they could not have chosen a better character than Miles Morales. Created in 2011 by Brian Michael Bendis and Sara Pichelli, under the supervision of then-editor-in-chief Alex Alonso, sent shockwaves (rather than ripples) through the comic book fandom. It also ruffled more than a few feathers. Many people saw the move to make the new Spider-man a Person Of Color as an attempt by Marvel to be politically correct, even if it meant sacrificing the quality of what made the hero work. Of course, hindsight is 20-20, and we can see just how important it has been for non-whites to have such a big-name hero that looks like them. That looks like me.

While this choice is surely backed by the critical and commercial acclaim that Spider-Man: Into the Spiderverse (2018) garnered, as well as its Oscar, the fact that the film itself was made is a testament to Kevin Feige’s (President, Marvel Studios) commitment to a more diverse Marvel Universe. And so this game, too, is a testament to Sony willing to bet one of the most important games in its next-gen library on the thin-but-powerful shoulders of Miles Gonzalo Morales. My Spider-man.

And this, friends, is the paradigm shift I was alluding to earlier. No longer confined to small indie titles or side-character status (most depicting gangsters rather than heroes), my Hispanic heritage will be displayed, in 4K resolution and at 60fps (hopefully) on the cutting-edge of video game platforms. It brings me untold joy to realize that the next generation of Hispanic kids will not grow up seeing themselves portrayed in ways that do not align with how they seem themselves, or who they aspire to be. There’s still a long way to go. Undoubtedly. But if you told me many moons ago, when I was a wee lad in the 90s reading Amazing Spider-Man, that someday he’d be like me, I would have died in a stupor of happiness and incredulity. I’d never even considered that I could be a hero until I watched X-Men: The Animated Series. And yet, here we are.

It bears saying that Miles’ appeal goes beyond looks. While we could all relate to Peter Parker’s general character arc, Morales’ own retains most of Peter’s relatability while also exploring issues of race, discrimination, identity and a myriad of other topics. Topics we’ve only started discussing in earnest in mainstream media for the past decade. In that way, Miles Morales is in part a product of necessity: a necessity for Spider-Man to address the social issues that are relevant to our times, without losing the essence of the character or mutating (pun intended) Peter Parker to fit into a mold that was never meant to hold him.

Let us not forget that, almost since their inception, comic books have been at the forefront of facing social injustice just as much as any Penguin, DocOc or Titan tyrant. As early as 1976, author Salvatore Mondello would comment on Spider-Man‘s own tendency to reflect social unease through the turbulent 1960s. Miles Morales follows, therefore, Peter Parker’s footsteps in ways that go far beyond donning a very, very cool suit. He is the graphic embodiment of the fight for equality. And you know what? That seems like a very valid reason to have been created.

So, I say goodbye for now, friends. I will pack my terere in its holster and smile on, as I wait for the next Spider-Man game to change this industry’s history, hopefully forever. I will see you in a fortnight. In the meantime, it would be tremendously appreciated if you were to share this article if you enjoyed it, and comment with your favorite Hispanic characters, content creators or game developers. I’ll keep my eye out for your suggestions as to who should be the main character in this story of ours next. 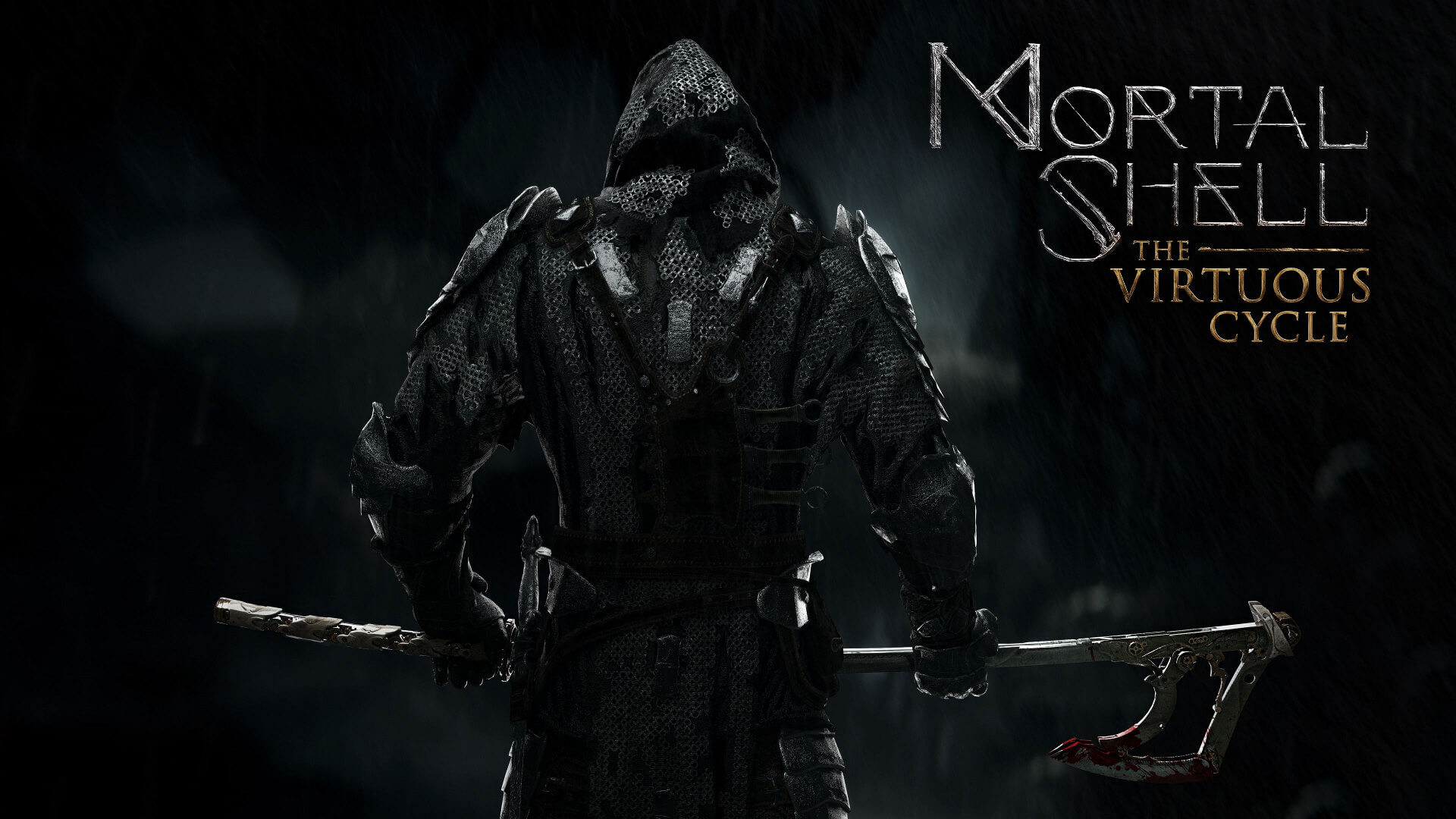 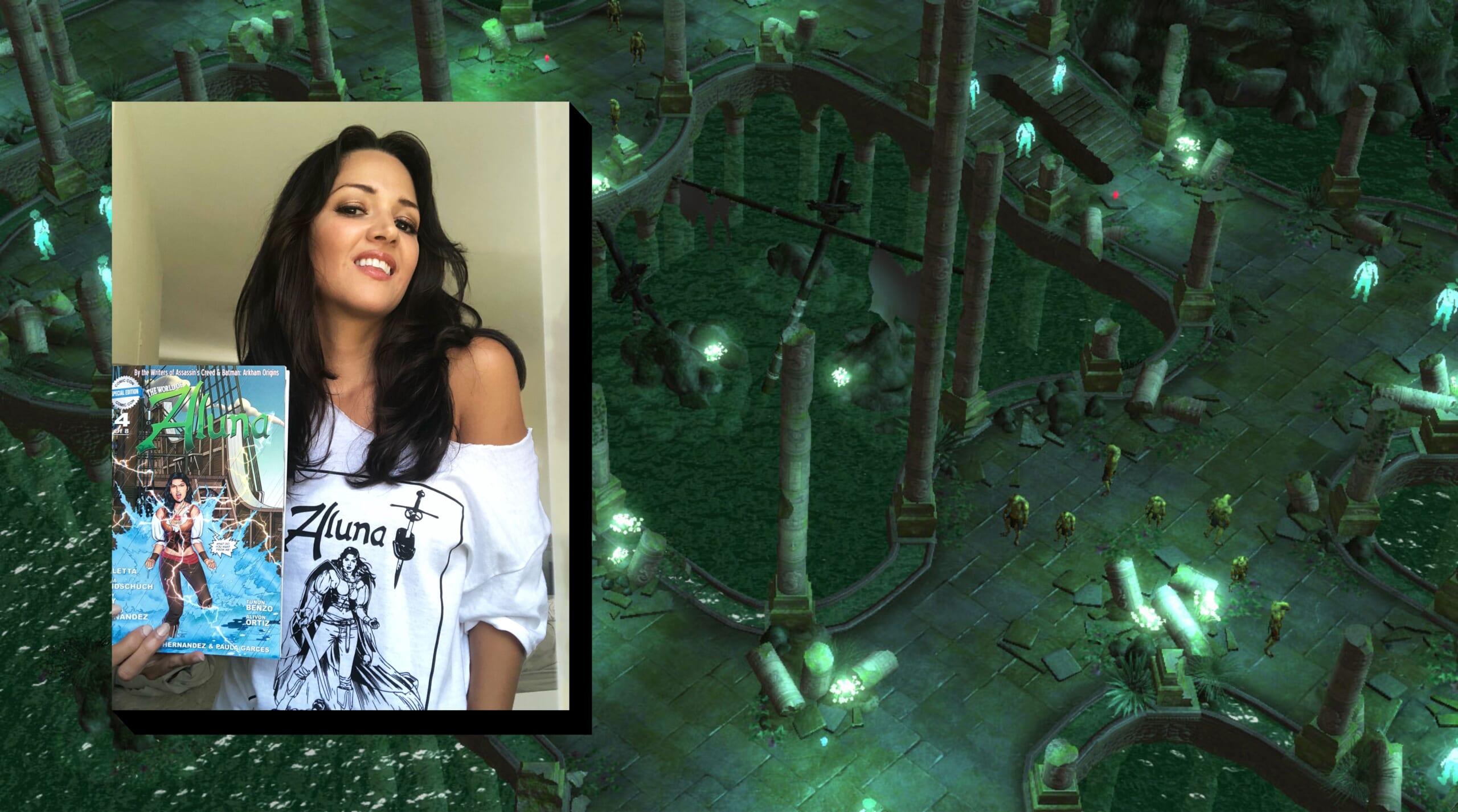