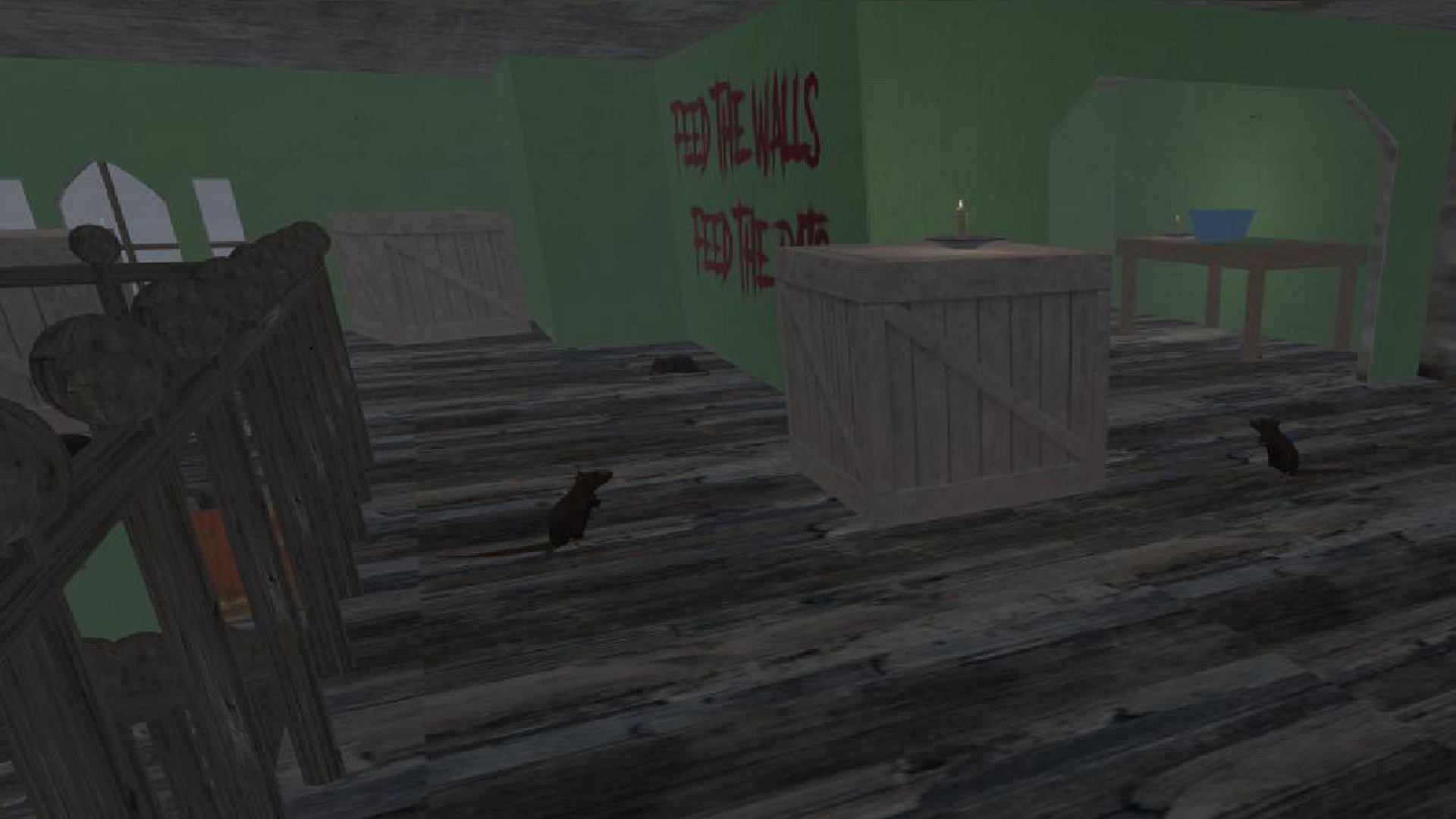 House Of Rats: Things That Go Bump In The Night.

This week I was browsing through itch.io and came across something that immediately grabbed my attention. House of Rats is based on one of the creepier short stories I have read. The Rats in the Walls is a 1923 short story written by H.P Lovecraft. The original story follows the last remaining De La Pore moving back to his ancestral home in England. After a few nights of hearing some scurrying in the walls, Delapore investigates and finds his horrible family secret. So I was drawn to the idea immediately. Even knowing the final outcome of the short story, I was curious to see how it would translate into a game.

House of Rats immediately sets itself apart. First, we are introduced to the player Ray. He inherited a house from his grandfather. It has been abandoned for four years, so Ray is excited to renovate it.

Then, intro credits as we get this fantastic slow zoom into the house while this absolute bop plays over the credits. 616 games have already pulled me in. This was a great decision to bring it to a modern audience.

You start right outside the house, having to un board the door; being able to walk around the house and look through the windows is a nice touch. After entering the door, there is a note from your grandfather’s lawyer, Karim explaining how he left you some materials and will be by in the morning to see how the renovations are going.
Then you are given free rein to walk around the house. While you walk around, you hear the creaking of floorboards, skittering behind the walls, and even the squawking of rats. The environmental setting is on point getting immediately under your skin and making it crawl. When you step foot upstairs, things are laid out for you. The game lightly gives you directions to get your suitcase and find the painting supplies, at which case you might notice the crack in the wall that flies all over. As with all inheritances in horror, things are not what they seem.

As Ray starts painting the entire house this awful green, he gets tired. So you head off to bed, only not being able to sleep because of all the rat noises, so Ray leaves his room only to be attacked by this… Thing? We quickly wake up the next day to paint some more, and finally, Karim arrives. You explain the Rat situation, and he promises to send someone out tomorrow.

Karim enters and finds the rotten wall sending you up to the attic for a sledgehammer, Ray goes up, and things take a turn. You see a bloody ax and have visions of what is behind the wall. Complaining about a headache, Ray goes to sleep, one of the most terrifying parts of this experience. Now having control over when Ray opens and closes his eyes as players are just waiting for the big jump. Having experienced sleep paralysis before, it prays on that fear of someone else being in the room just out of view.
Then the turn comes,  bodies in the walls. While it does a great of fooling the player into making us think that is the big reveal, if you know the short story, you know that is just the tip of the iceberg. From this point on, the story is a rollercoaster and best left for you to explore and enjoy. While waking up to the sentence “ FEED THE WALLS FEED THE RATS” is a great moment, the story itself is such a joy to experience in the form of a game and a way to bring it to modern audiences. One thing to keep in mind, this is not a happy story as it has a very depressing ending that was a bit of a shocker.

616 games have done such a great job with this. I would love for them to take the idea and adopt some other classics into games like Tell-Tale Heart by Poe or Lamb To The Slaughter by Ronald Dahl. Be sure to check out this fantastic experience for yourself by heading over to itch.io, and be sure to follow 616 games over on Twitter for updates on their current projects!

Stay locked into DreadXP and wishlist the Dread X Collection V for more horror fun, which is hitting soon!