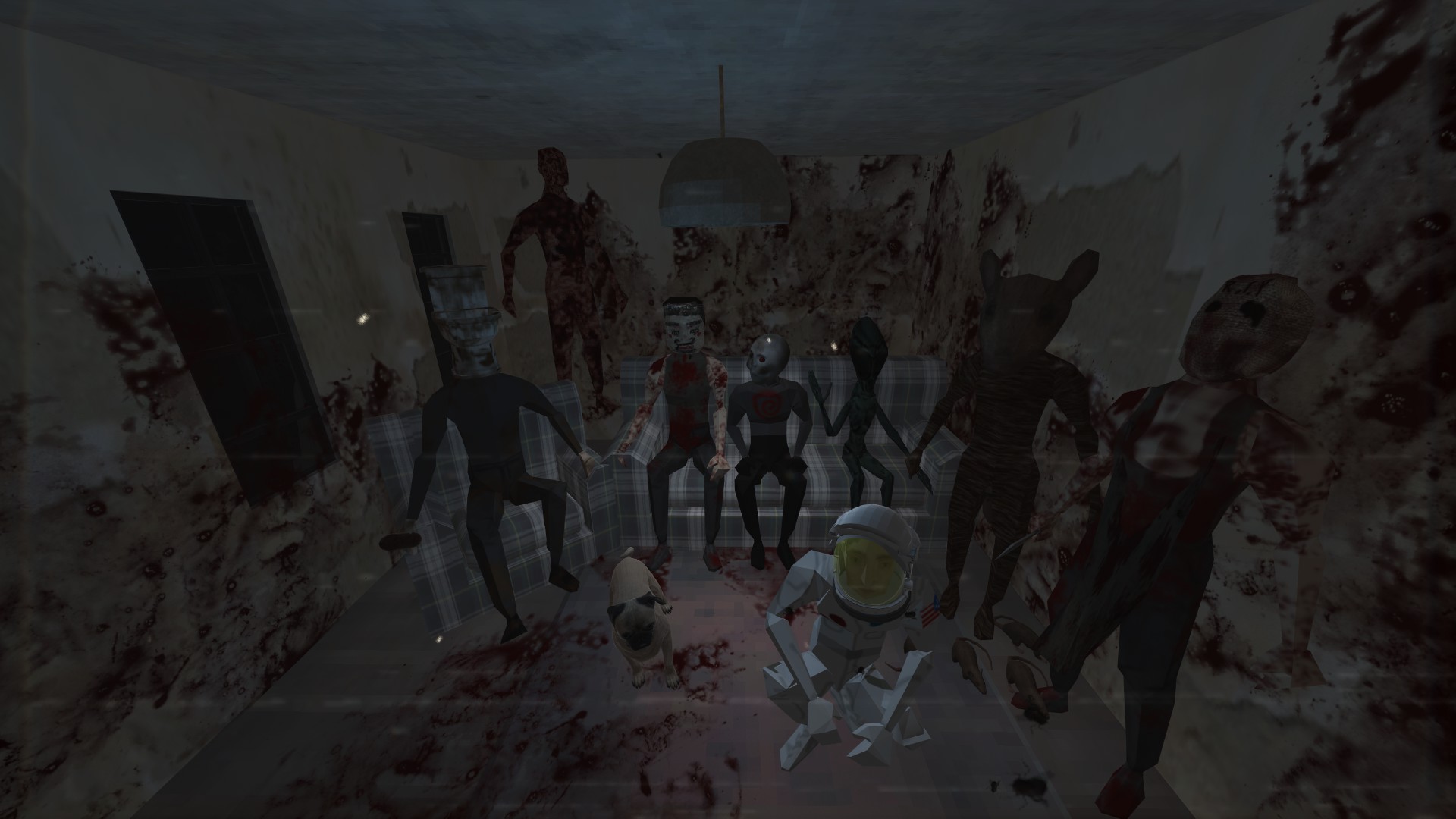 I Have Every Achievement In The Trash Horror Collection 2

I’m mildly obsessed with The Trash Horror Collection franchise. Have you heard about them? I wrote about the audacious nature of the first collection, and expected that to be it. Little did I know, developer 616 Games was hard at work on The Trash Horror Collection 2. This one aims a little higher, hits a little harder, and still retains the crass, ugly, goofy tone I’ve come to expect from these trash horror offerings.

The Trash Horror Collection 2 is an oddity. It hits right in this space where I’m not sure if it’s genuine or manufactured strangeness. I still don’t know if I’m dealing with an auteur the likes of which I’ve never seen, or a simple weirdo, churning out easy horror games for a fast dollar. I like to think 616 Games just likes making their version of art. The Trash Horror Collection 2 was initially a bit hard to find, because it was marked as an adults only game. Now tell me, would someone looking to make a quick buck hurt their marketing that bad by making the game undiscoverable for a large number of Steam users? Nah, I don’t think they’re in this for the money.

I’ve played and beaten every. single. game. in The Trash Horror Collection 2. My horror palate has been cleansed. There are 11 games in this collection, and I’ve beaten them all. I won’t say they were all perfect, far from it. They are like plate of nachos shared with friends. Sometimes you grab a chip that is part of a larger collection of chips, smothered in cheese and toppings, and other times, you’ll grab that bare chip with nary a topping to be found. It’s an experience, and it isn’t always pleasant. Still, at the price point, it is an experience to remember.

This is art. It’s their art. It’s weird as hell, low-quality, silly, art. The games are simple and to the point. Gears is just SAW with the serial numbers filed off. You’re tasked either saving or sacrificing your friends as you move through various traps/puzzles. There is no high philosophy wank like you’d find in a SAW movie. The final test is your wife who cheated on you. You can either let her be torn in half or leave, either way the game just ends. Every game ends abruptly with the same looping synthwave that also plays in the opening credits. It’s like some sort of performance art, and to me, it’s almost irresistible.

I don’t hate these games. I want to make that clear. They’re amateurish spectacles, but they never fail to be entertaining. For god’s sake, there are 6 games revolving around a killer that appears if you don’t flush the toilet, and will throw poop at you until you’re dead. It’s edgy teen stuff, and I can’t wait for the next one. The uncertainty keeps me going. Is this an adult honing their craft? Is it a bored teen making weirdness for the sake of weirdness? Is it some kind of games industry veteran trading triple A for fast horror that’ll build a cult following? I don’t know and that’s part of the fun.

In Poop Killer 4 (of 6 total, including a prequel), one of the ending sees you competing in a rap battle against the killer, with a rap about the poop killer himself. This all takes place in a sex shop in the middle of the night. It is so off the wall you can help but laugh incredulously about it. There are very few moments where 616 Games takes themselves seriously. Even more serious fare like We Are Not Alone devolves into (un)intentional comedy when the aliens take your dog and you rampage through a cornfield with a shotgun.

There is a glut of “elevated” horror for fans of the genre out there. Games that make you seriously consider your place in the world and the inhumanity of mankind. Outside of those experiences, you need to balance with something like The Trash Horror Collection 2. A game that doesn’t care so much, that it’s filled with copyrighted material, all the way up to, and including the logo for the game itself, which is just a graphic pulled straight from the poster for SAW 2. This is someone making games because they like making games. I mentioned before when I wrote about the first collection, but this is passion. It’s a little bit punk rock, honestly. 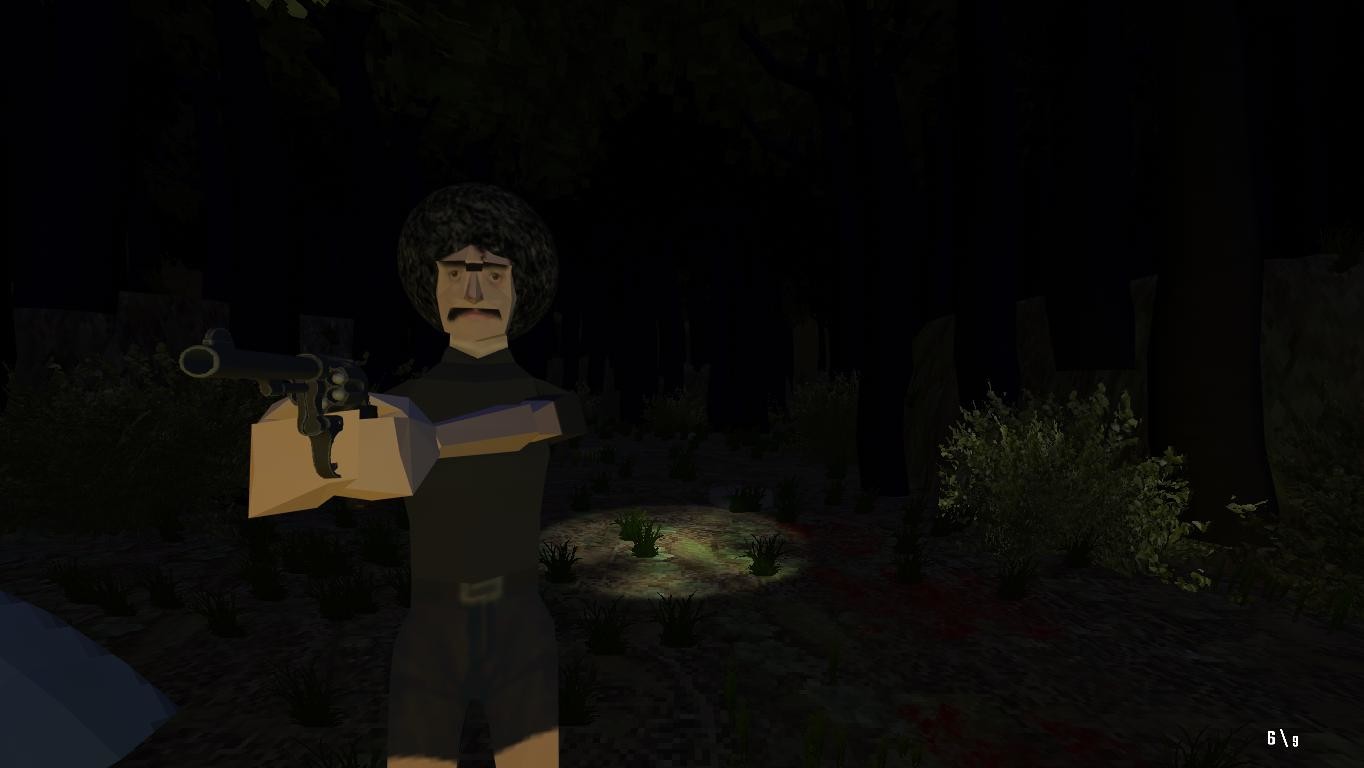 The Trash Horror Collection and The Audacity of Asking