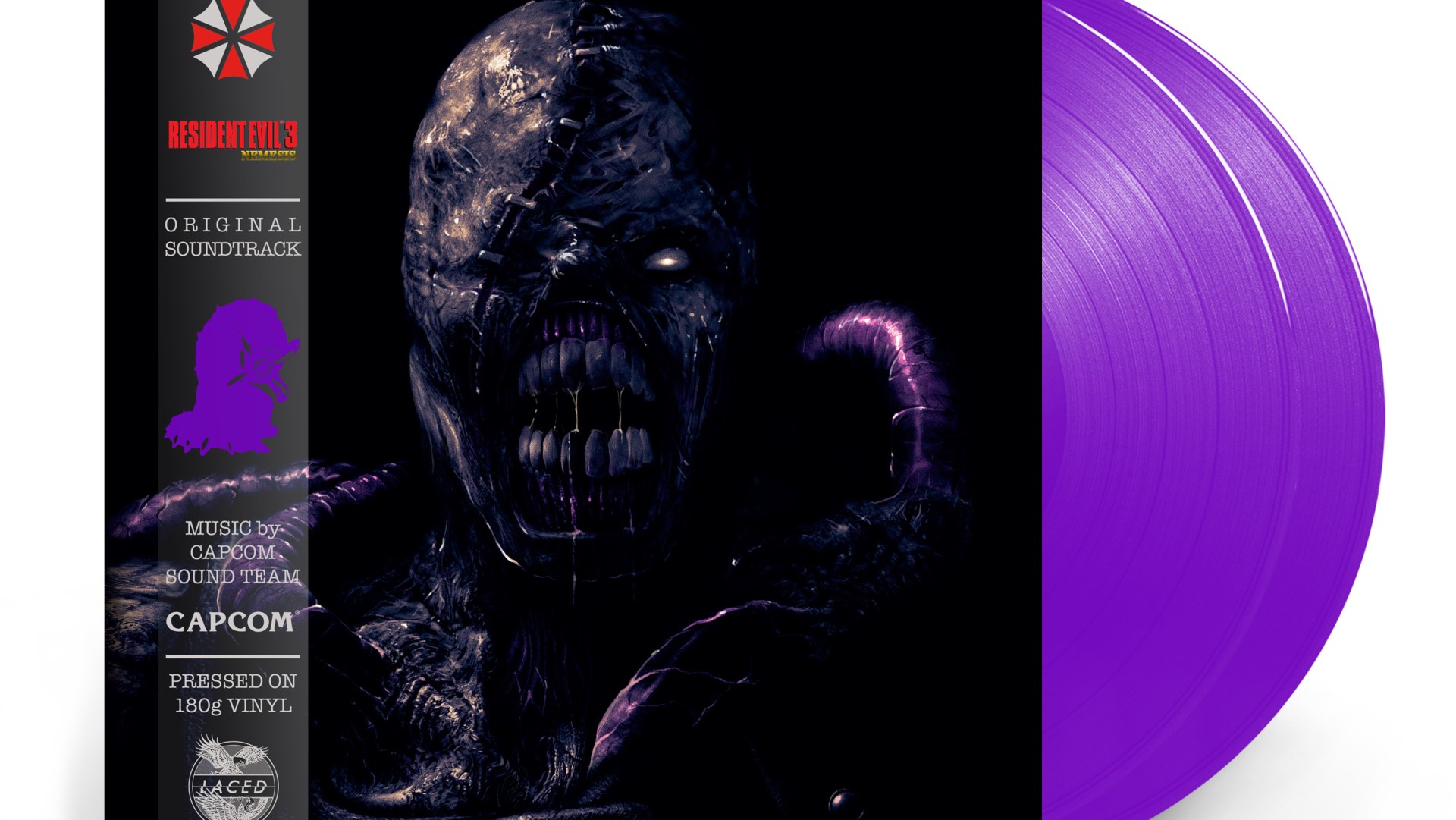 Yes, that entire headline is accurate. No, I didn’t goof on adding a Nemesis suffix to the Resident Evil 3 remake. A soundtrack to the ORIGINAL Resident Evil 3: Nemesis is being remastered on vinyl. And it’s purple. Don’t believe me? Just look at it. It’s purple as fuck.

Releasing in April 2020, the soundtrack features sleeve art by Boris Moncel. The two-disc package will feature 46 tracks from the original Resident Evil 3: Nemesis. Now, I don’t know a hell of a lot about vinyl, so I’m going to let the Official Press Release do the rest of the explaining:

Resident Evil 3: Nemesis saw the series move in a more action-oriented direction, while retaining the fixed camera angles of the previous titles. It also introduced the world to Nemesis, a merciless walking bio-weapon who fixated on destroying Jill Valentine and any remaining S.T.A.R.S. members in Raccoon City. Composers Masami Ueda, Saori Maeda, and Shusaku Uchiyama chose a moody cinematic action sound for the score, whilst retaining the series’ woozy, synth-horror stylings.

The soundtrack has been remastered specifically for this release, and will be pressed onto audiophile-quality, 180g heavyweight vinyl LPs housed in a striking gatefold sleeve. It is available as a Standard Edition (traditional black discs) and Limited Edition (purple discs — exclusive to the Laced Records store.)

Please note, that the soundtrack does come in a black version. No idea why you’d want it black. The purple version is exclusive to the Laced Records store. So check it out there if you want it in all its purple glory. You can pre-order it now for $35 by clicking here.