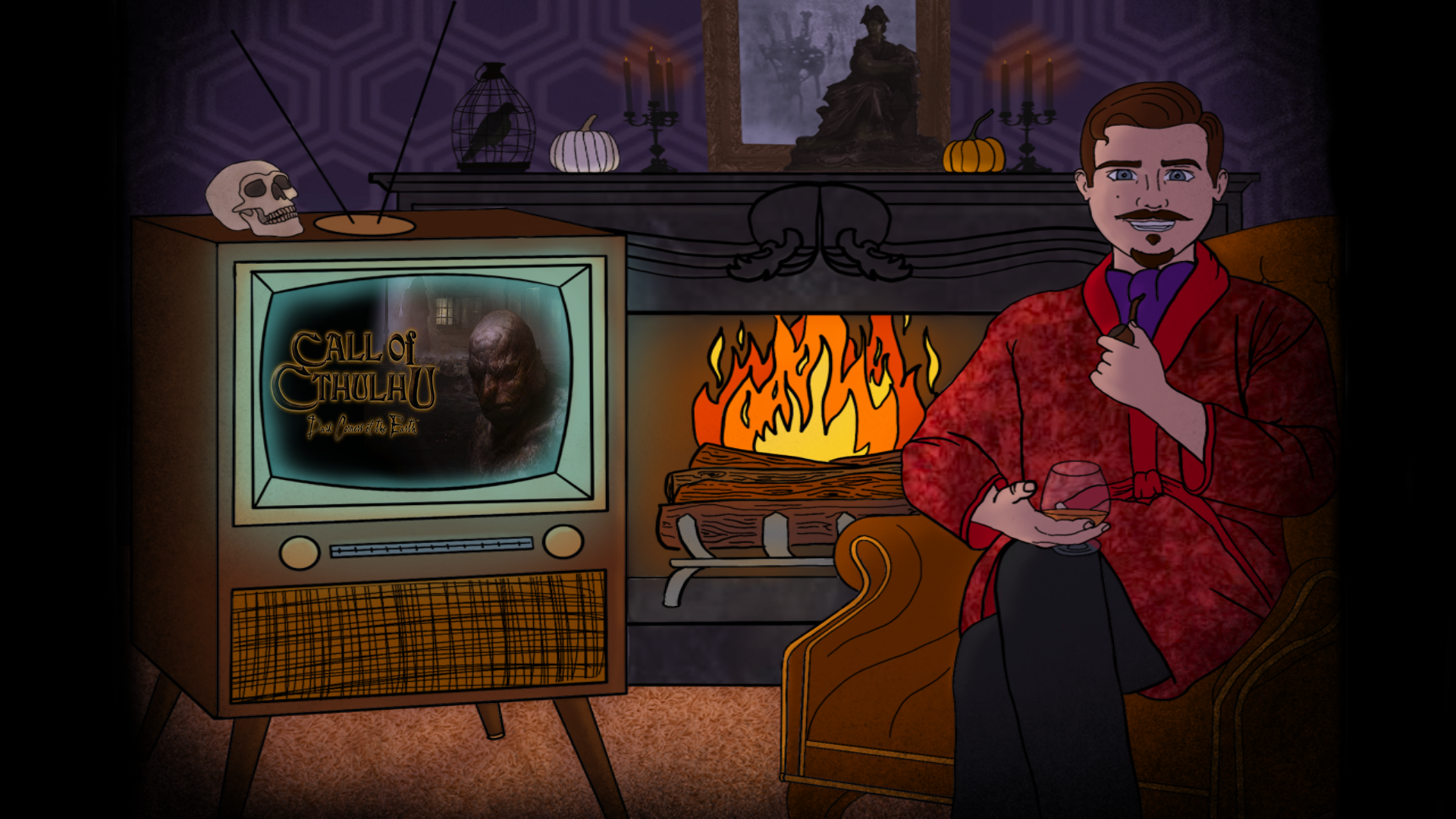 Day two, here we go! You know the premise; you know my stipulations! Hopefully, you will enjoy Lakeview Cabin Collection if you pick it up! You’ll have to let me know. But here we are, day two, and this one is an older one, but one of the first I picked up when I built my first PC back in 2012.

Call of Cthulhu: Dark Corners of the Earth.

This game is something special for starters. It’s a fantastic hidden gem for those newer to PC horror and an outstanding piece of Lovecraftian horror story-wise. Now this one is a little trickier because, just like Deadly Premonition, there are a ton of bugs, and it crashes alot. You’ll more than likely have to download the unofficial fan patch for it to even boot up if you buy the Steam version. I would suggest the GoG version, which seems to run much better!

But to sum up Call of Cthulhu: Dark Corners of the Earth, You play as Jack, a detective who helps raid a mansion filled with cultists only to be driven mad by some Lovecraftian portal. After spending a few years in Arkham Asylum, You emerge as a private detective. Jack takes a case to track down a missing person in the town of Innsmouth.

Call of Cthulhu: Dark Corners of the Earth, much like the Lakeview Cabin Collection, is heavily into puzzles, although here it is more your standard horror puzzle affair of hunting down objects. Generally speaking, it nails home on the horror and story front, while the gameplay can sometimes be a little janky. However, it does a great job of putting the pressure on you and making these big-timed moments feel really tense and like you only had maybe a second or two to spare. The main one that hits me is this sequence when you are being chased down a corridor. I won’t say much else, but it is fantastic.

Call of Cthulhu was one of the first almost immersive sims I remember playing on PC, and without a HUD, the immersion really hits home even if sometimes it is hard to find out what you are supposed to be doing, but when it comes to Cthulhu games that do it right I feel like there aren’t many, and this one does it right. If you want to check out the short story this game was based on, it is The Shadow Over Innsmouth.

For more interviews, features, and reviews, stay locked to DreadXP and go play Call of Cthulhu: Dark Corners of the Earth.