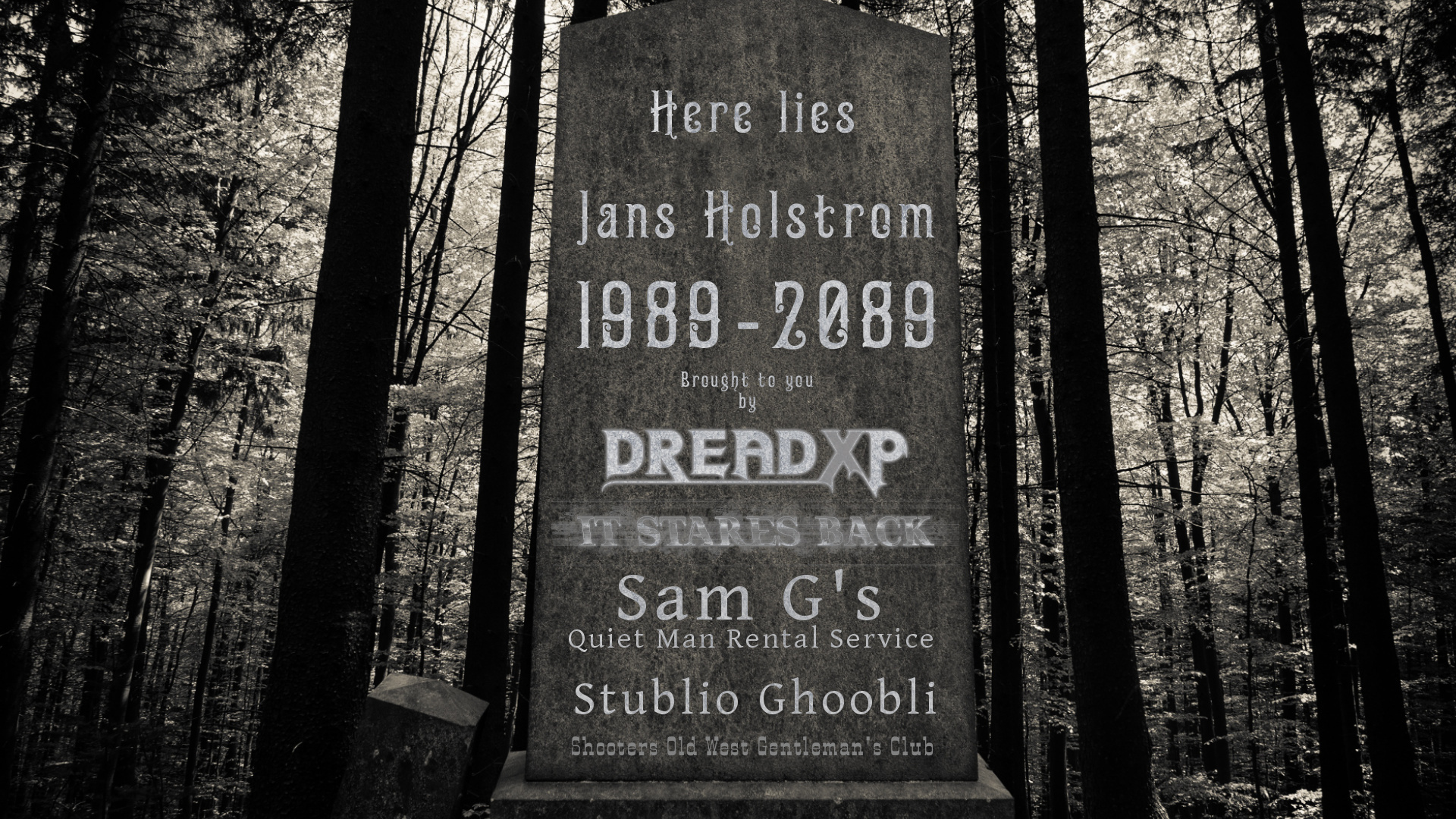 Remember When Acclaim Wanted to Advertise on Headstones?

Video game marketing isn’t my thing. It may seem like it is. I’ve run Horror You Haven’t Played for a long time, but I consider that more of a promotional vehicle than a marketing entity. I wouldn’t know how to organize an aggressive marketing campaign to get a game into people’s eye-holes. Honestly, I’m having enough trouble trying to get good at games. There are of course plenty of people out there doing that, and they’re great at it. Historically, though, some (Acclaim) may have slightly missed the mark.

2002 was a banger of a year. Spider-Man was in theaters, and we were all marveling at 20 whole gigs of storage on our new iPods. Acclaim, meanwhile, were coming off the high of releasing… NBA Jam 2002 and All-Star Baseball 2003. Their newest game, ShadowMan: 2econd Coming (actual name) was hitting shelves later in the year. They were looking for that fresh new marketing idea. Sales weren’t great, and they would need to really kick it off to make something stick. Put yourself in their shoes. What would you do? Maybe you’d organize a mailer campaign for video game news outlets. Maybe you’d put your weight behind a television ad campaign. Maybe you’d… pay people to put ads for your game on their loved one’s tombstone?

You wouldn’t do that last one? At all? It’s a terrible idea? It is totally the choice Acclaim made. I know what you’re thinking: How much were they offering? Well, to quote Acclaim on the matter: “Payments will be calculated with regard to the exposure potential of any particular headstone“. You better hope you were prominent enough, or had the best spot in the cemetery, if you expected Acclaim to dish out those advertising bucks on your eternal resting place. This all happened in the U.K. and I say that, because it needs that context.

The backlash was swift and a bit hilarious. The Church of England was quoted as saying, “There was enough fuss with plastic flowers in churchyards”. I feel that emblazoning pee-paw’s headstone with SHADOWMAN 2: 2ECOND COMING is a bit more extreme than some plastic flowers. As you can see in the quote above, Acclaim didn’t seem to realize just how outlandish their idea was. They sunk in their heels, and were prepared to die on the hill of 2econd Coming. They called this ploy “Deadvertising”, and against the advice of pretty much everyone, everywhere in the entire world, they were going to move forward. Suddenly, Bureaucracy struck. Objections were brought up not about the tackiness of tombstone ads, but legality.

Acclaim was dead-set (pun!) on making this happen, and even went so far as to claim, “advertising on gravestones falls outside of codes of conduct and regulations of any formal advertising bodies“. Chairman of the Outdoor Advertising Committee Matthew Carrington wasn’t having that nonsense. “It is illegal to put any advertising up outdoors without planning permission“. He would go on to add, just in case people thought he didn’t care, “and of course there could be issues of desecration.” This was a hot issue. It was a company seemingly preying on lower-class peoples to advertise what ended up being a decent, if a bit derivative game.

Eventually the furor died down, and Acclaim stated that it was all a big ol’ April Fool’s joke…even though they announced the promotion at the beginning of March. It’s a wild story, and Acclaim didn’t stop going wild until the day they went out of business. Just later that year, they offered expectant families $10,000 dollars to name their kid Turok in the U.S.. In Great Britain, the offer was the princely sum of 500 pounds and an OG Xbox. Now, just in case you think Acclaim was some sort of Snidely Whiplash character, twirling it’s mustache and coming up with marketing schemes; other companies were all-in on wild advertising as well.

2002 was a year that companies said, “throw it at the wall, and it damn well better stick”. Xbox had that awesome commercial with a baby flying out of a window and then aging while flying through the air until it slam-dunked into a coffin. For the release of Super Mario Sunshine, fans – dressed as Mario and Luigi, naturally – dove into a giant pool of pasta to try and find prizes buried among the delicious sauce. I can say with certainty that they broke the world record for largest edible bowl of pasta. What kind of pasta? Pasta a la Mario (seriously). Luckily, with a lot of searching, I believe I’ve found the only video of this event, and you can watch it below! It was a no-holds-barred, knock-down-drag-out fight to weird everyone out. The PS2, XBOX, and Gamecube were in a sort of hellish cyber-war to get people to buy their consoles. I can excuse the weirdness for the most part.

While the other companies eventually cut out (most) of the nonsense – barring those weird PSP squirrel commercials – Acclaim just doubled-down. After the Turok stunt, for the promotion of Burnout 2, they offered to pay the tickets of anyone cited for speeding in the U.K.. After the system of law in the U.K. exploded with outrage, it was of course dropped. Looking back, none of Acclaim’s weird gimmicks ever happened, and that’s the point. I mean, some people will tell you that they did go through on the Turok gimmick, but that turned out to be paid actors. Acclaim of course never actually planned on doing any of these things. Barring the time they released an X-rated BMX game, they were a pretty chill company.

In the end, their advertising worked. I’m writing about it 16 years after the company folded. Even though they didn’t last, they will go down in the halls of gaming lore for the outrageous stunts they threatened to inflict on an unsuspecting populace.

As promised, here is a man dressed as Luigi going absolutely nuts in the world record bowl of pasta.