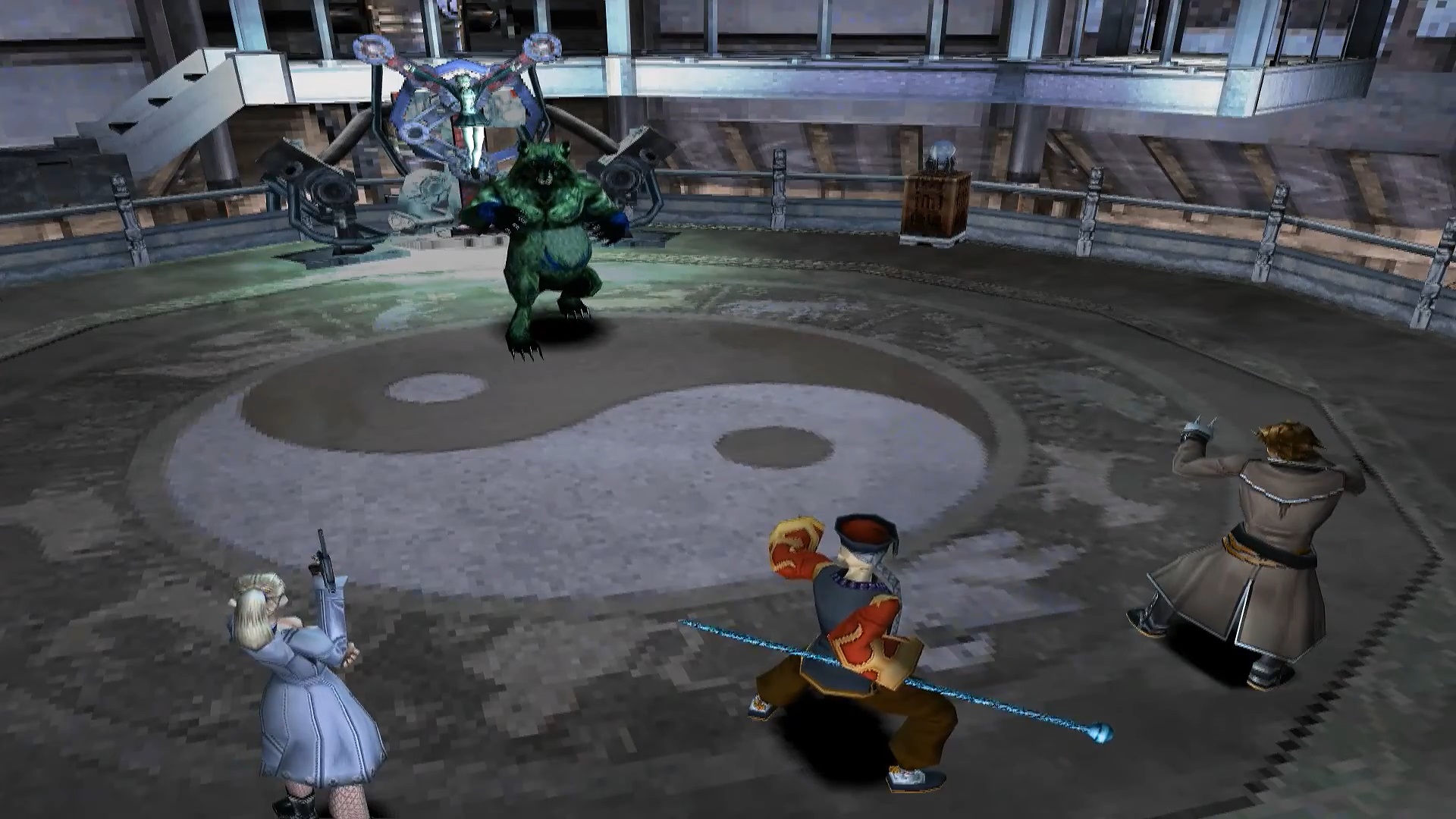 I really want to see more games that mix horror and turn-based combat. That said, taking your turn isn’t exactly scary. There are clever ways around it, though. With Sweet Home, the game offered very little healing, so every hit brings you closer to death. Other RPGs have managed to mix fear with turn-based combat well, too. Shadow Hearts used a few neat elements in its battle system, as well as some lethal consequences to your violent actions, to infuse a little terror as you take turns beating up foes.

The game takes you on a supernatural romp across Asia and Europe in the early 1900s, just before WWI. This alternate history has a cosmic horror slant to it, featuring many gruesome, disturbing enemies. It was an interesting shift from the more fantasy-focused RPGs of the time, and made for a compelling setting.

With this focus on horror, Shadow Hearts brought in some interesting elements to capture that feeling of unease you’d get in confronting such sickening creatures. The first was the Judgement Ring system. In many turn-based games, you enter a command and the character does it. No fussing needed. This system adds some timing-based inputs into the mix, though. When you start an attack of any type, a circular ring will appear, with certain chunks colored in orange. A line then does a sweep through the ring, clockwise. You need to tap the attack button as the line passes through those orange sections to land hits.

It doesn’t sound too intimidating, but there’s an additional feature. Near the edge of each orange area is a critical spot that will make you do more damage. You can risk trying to tap the button as the line moves through it, but you also increase your chance of missing. When some tentacle-covered creature or demonic monstrosity is breathing poison in your face, you’re inclined to hurry. Doing more damage could speed up combat, but you might just miss entirely if you screw up. It adds this interesting pressure to take risks. Do you try for the narrow spot to end the fight faster? Play it safe, but have the fight take even longer, risking more damage?

Shadow Hearts uses this ring for EVERYTHING, too. Want to use magic? There’s a ring to see if you can do extra damage or mess up the spell entirely. Trying to use an item? You can miss if you screw up your timing. Even buying or selling stuff comes with a ring where you can try to get things cheaper or sell stuff for more money. Everything in the game comes with a bit of risk and uncertainty. Maybe your healing spell won’t land. Maybe you’ll pull off the inputs that will make it massively effective. That uncertainty really adds to an unsettling atmosphere.

You’re going to feel pressured to end combat quicker due to the game’s sanity system as well. Each character, on top of the usual HP and MP, has a sanity meter that ticks down each round. If that ever hits zero, the character will go berserk and start causing a lot of trouble for everyone else. You’re capable of healing sanity, sure, but if you get too caught up on something else, you might find a character turning on you at an awful time. This is especially dangerous with the main character, Yuri, as his powerful transformation abilities cost a lot of sanity points. If he goes berserk while transformed, he’ll likely wipe the party before you get him under control.

Most characters have very little sanity in Shadow Hearts. So, extended fights against unspeakable horrors wears them down fast. To avoid dealing with characters going berserk, you’re going to want to end fights fast. This means taking more risks with the Judgement Ring. This leads to frantic fights where missing and critical strikes happen more often, adding chaos to battle. I’m used to organization and predictability in turn-based combat, but these mechanics throw them out the window and bring danger.

Don’t get too caught up in fighting quickly, though, as you don’t want to lose track of how many monsters you’ve been killing. The game also features an element called Malice, which is the built-up rage of all the things you have beaten. Monsters don’t like dying either, buddy. So, as you kill things, you increase your Malice, which goes through several stages. You DO NOT want it to reach the final stage.

To clear your Malice, you have to go to a save point and head to a special area to cleanse it with a fight. Shadow Hearts pits you against a creature of varying strength depending on what level your Malice is at, so the longer you wait, the harder it gets. Not that you have a choice if you’re far from a save point, so with every battle, you know you’re heading towards greater and greater trouble later on. Sometimes, there’s just not much you can do about it in a random-battle-filled dungeon. So, the pressure and anxiety just keep building.

If you should happen to let your Malice reach the maximum level, an enemy called Fox Face will start appearing in battles. Put simply, he will stomp you flat. You’re better off running away. Well, you’re best off dealing with your Malice whenever you can. Knowing that ol’ Fox Face is lying in wait, ever-ready to kill you if you take too long clearing your Malice, adds yet another worry to battle. Something else to keep in the back of your mind. Something else to gnaw at your confidence as you fight.

Shadow Hearts is filled with these elements to add extra pressure to combat. Any attack or vital healing spell could miss when you need it most. Any fight could go south if your sanity plummets. Even if you’re doing well, you might find yourself getting attacked by a ruthless enemy in long dungeons. There’s all manner of elements working to make you feel a little fear and tension in the combat. It’s a wonderful touch as you explore the game’s gloomy, haunted world and face its surreal, monstrous enemies. 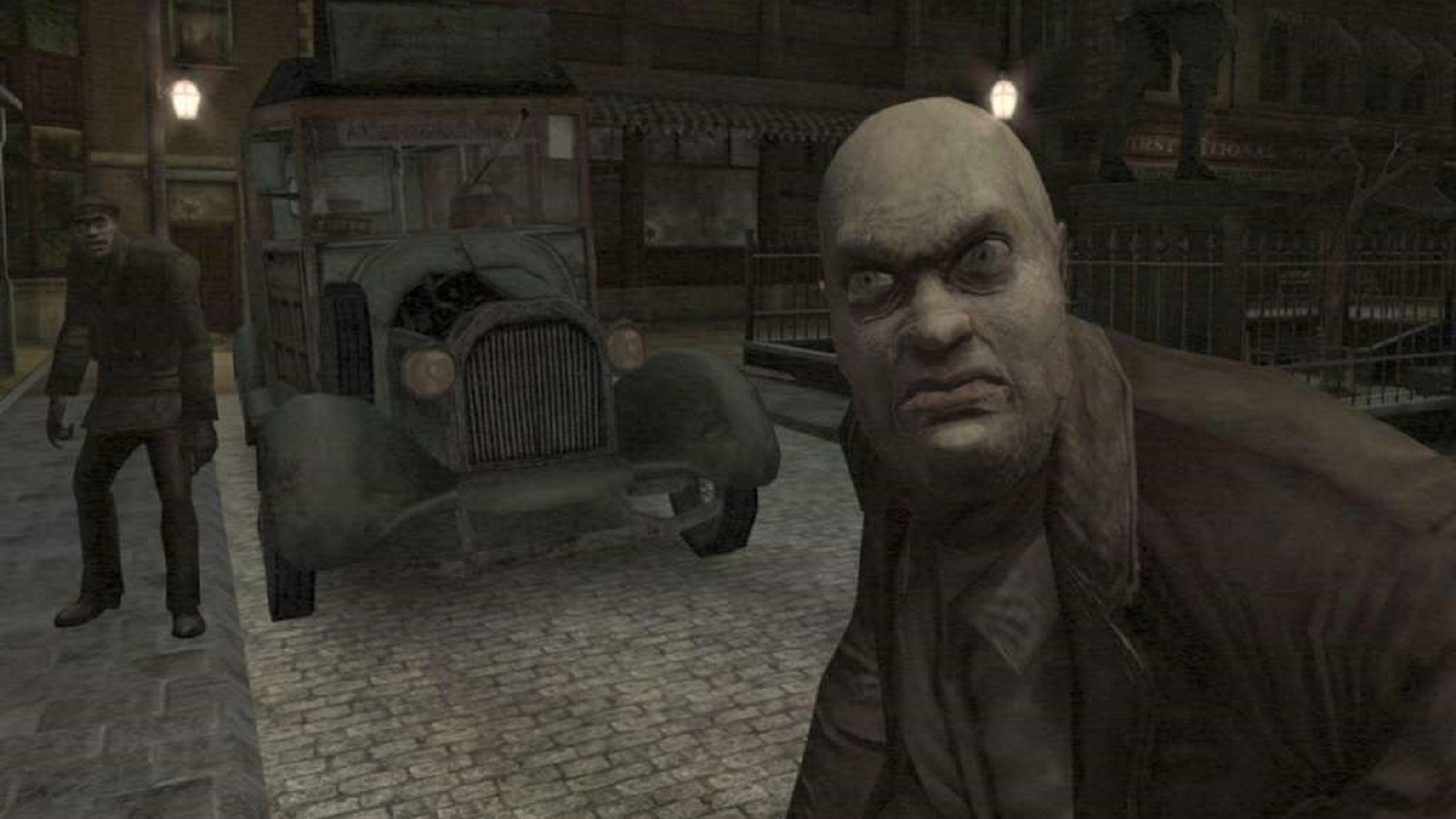