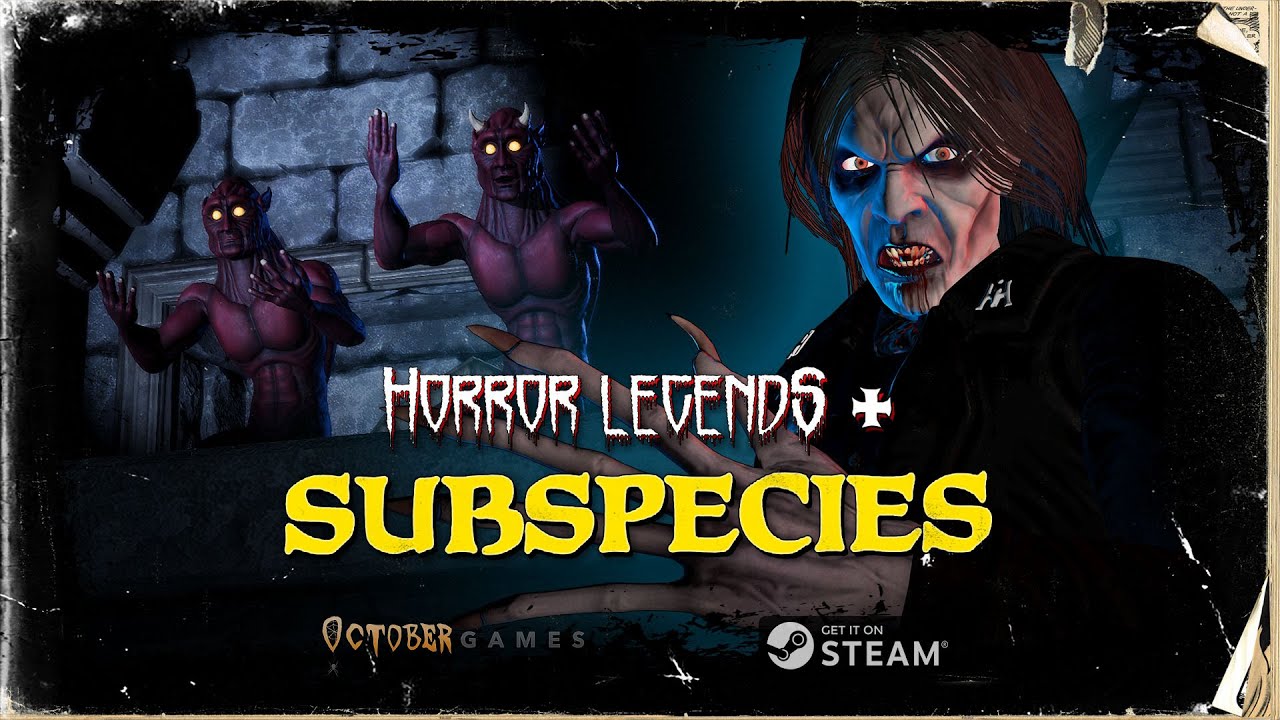 October Games are a nice group of folks. Their Asymmetric mulitplayer game Horror Legends is one of the best times I’ve had playing multiplayer. As a fan of horror, I love it. While people (see the Dead by Daylight fandom) may be torn over licensed characters, I think they add a bit of nostalgia and awesome factor to a multiplayer game. That’s why I think October Games’ announcement today is so great. In a partnership with Full Moon Pictures, October Games will be adding Radu Vladisas from the Subspecies films into Horror Legends.

Subspecies is a bit of a deep cut in the Full Moon catalogue, but one definitely worth it’s day in the sun. It’s about vampire Radu Vasilas and his quest to…turn a college student into his fledgling. It’s not high art, but it’s very good. Anders Hove, who played the maniacal Radu, is reprising his role for Horror Legends. Hove played Radu in all of the Subspecies films. For fans of Horror Legends or Subspecies, good news! Radu is live right now! You can check out the reveal trailer below, or just hop into the game for some shenanigans. The DLC MSRP is $5.99.

For the unfamiliar, Full Moon is a B-movie production company ran by Charles Band. It specializes in low budget/no budget horror. They’re behind some of the most widely-loved cult classics of the last 30 years. Subspecies, Puppet Master, Castle Freak, etc.. It’s nice to see them branching out into games like Horror Legends with this announcement. The Puppet Master series, spanning 14 films, is iconic for a certain subset of horror fans. It’s about a group of puppets brought to life by an Egyptian spell. In their 14 outings, they’ve been heroes, villains, and everything in-between. The game looks like it takes inspiration from Horror Legends to pit the puppets up against another player, playing as a regular human.

You can check out the announcement trailer below. If you’re ready to hop in to Horror Legends, you can check it out here.