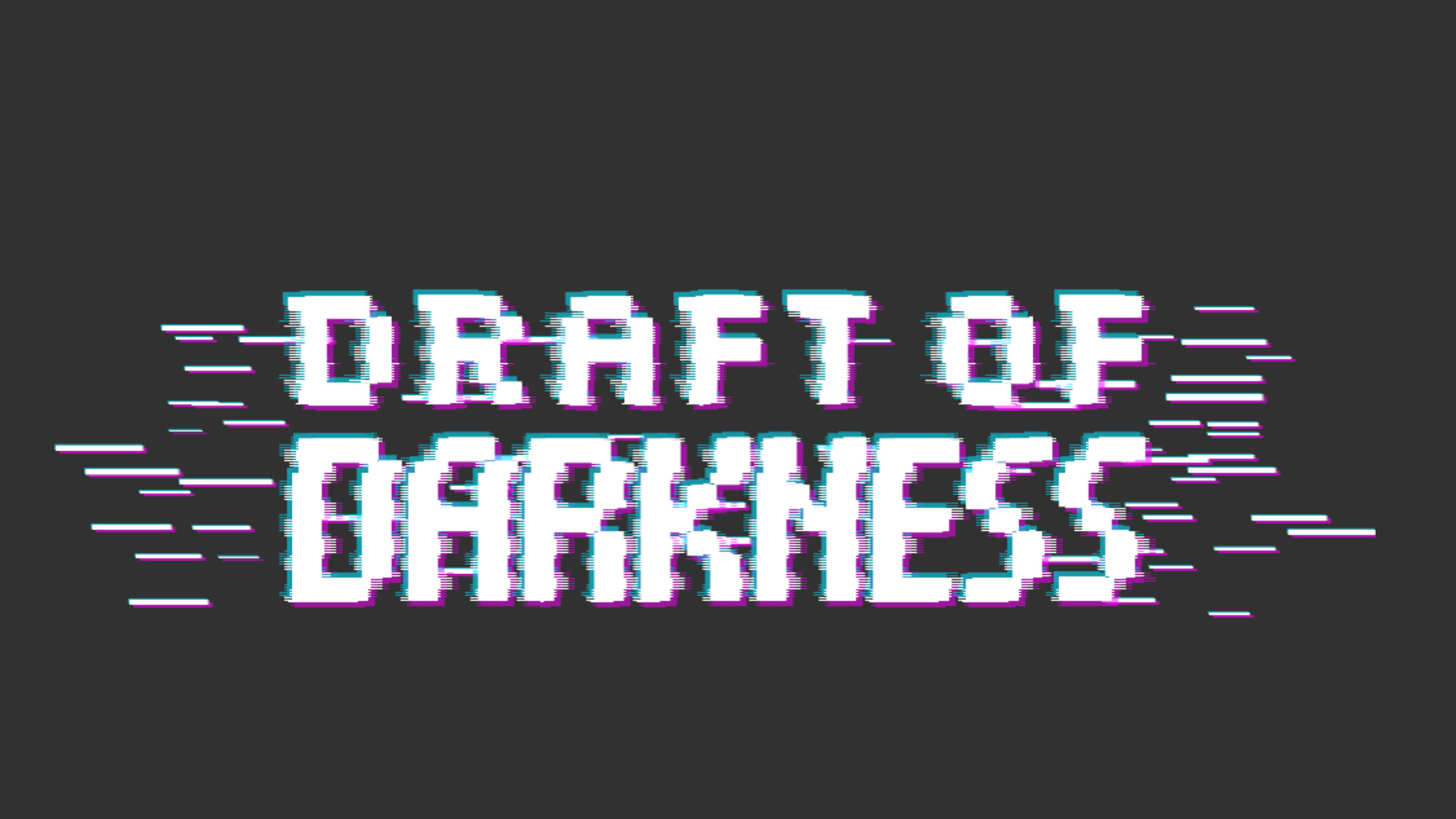 Developed and published by Crawly Games

I like a deckbuilder. I’ve played all of the good, and bad ones. I’m a particular fan of Slay the Spire. When I got an opportunity to play Draft of Darkness, I took it. Draft of Darkness takes cues from things like Resident Evil and Slay the Spire to create a whole new beast. You’ll play as Jake, starting out. There are a total of 3 characters, but two of them will need to be unlocked through playing the game. Jake can use a pistol or a flashlight as his weapon. His starting deck is built around the pistol. You start out in an area just called Residence. Perhaps, it is a residence of evil?

You’ll move around the world in a third person isometric view, pasted onto a grid. It feels like an old roguelike, as you move from location to location. There is no interact button. You interact by bumping into things. The different areas are filled with boxes of loot that will help you on your journey. Draft of Darkness is a survival horror game, and managing your supplies is a big part of the game. It can occasionally lead to frustration, but I’ll get to that later.

As you move through the world you can bump into enemies to begin combat encounters. The combatants include rats, zombies, government agents, irradiated creatures, and malfunctioning robots, to name a few. The variety of enemies is impressive, and they’re lovingly rendered in a semi-2D, grungy PS1- type way. Every run starts with 10 cards. You will have to start out using the pre-built deck for the character you choose. Combat works much like Slay the Spire. You’ll drag cards from the bottom of your screen and place them on an enemy to begin your attack.

The enemies are universally hard to beat. Even the first encounter can smash you on normal mode. If you do decide to lessen your difficulty, the devs have got you covered. You can select easy mode, which puts a pacifier in the top corner of the screen to show that you’re a giant baby. I did a few runs on normal, and then switched to easy so I could see more than the first area, and I’m glad the devs put in the “I’m a giant baby” difficulty to make their game bearable. Without it, this review probably wouldn’t be written.

The environment is all procedurally generated, which means you’ll never see the same map twice. The props remain the same, of course. The residence will still have dressers as loot points, along with nondescript grey-wish walls and floors. There will be ovens scattered haphazardly around, and the look of the doors also remain the same throughout playthroughs. I mentioned a starting deck, and it’s serviceable for your first few runs. As you play, die, and play again you’ll earn credits that let you buy booster packs from the main game screen.

Draft of Darkness doesn’t want to shoulder the burden of providing you with a working deck, and wants you to experiment. The booster packs vary in price and content. Some packs have cards focusing on range combat, while others will focus on melee, or chemical. I like all the different playstyles you come to unlock through the game. The starting player just has a gun, but with the write cards and starting items, he can wield a flashlight with devastating efficiency. The second character you unlock deals entirely with knives and syringes. Knives make her a powerful melee damage dealer, while syringes offer healing and chemical damage via acid and other chemicals.

All of your characters can be outfitted in an equipment screen. You’ll find more powerful weapons, clothes with new buffs, and the roguelike standard end-of-level bonus items. I was using a kunai, which caused damage to all enemies after 3 ranged attacks. The buff items are cool, and it wouldn’t feel like a roguelike without them. Very rarely, you can find these items on the corpse of a dead enemy, along with whatever else they’re carrying. In my hours of playing, I only found a special item in the wild once; so temper your expectations.

If you don’t want to commit to a strictly gun or knife run, there are people who can be recruited throughout the world. I consistently found a police officer with a dual gun/flashlight specialization, and a nurse who could really tear stuff up with some syringes. Having a team of 3 makes you feel a bit more powerful, at least until supplies run out. In Draft of Darkness, to use a gun, flashlight, or syringe card, you’ll need their accompanying resource. Guns use ammo, flashlights use batteries, and syringes use chemicals.

The main frustration of Draft of Darkness is managing resources. If you run a gun or chemical build, you will undoubtedly get to the point where you just can’t play effectively anymore. There are a few melee cards you could run, such as pistol whip, but they do so little damage it’s almost not worth it. I had many runs end because I was just out of resources. I understand that the game expects you to somehow manage resources, but oftentimes, avoiding enemies isn’t an option. They’ll block paths out of areas meaning you have to fight them, or restart the run.

Draft of Darkness is in early access, and I’d expect some of these issues to be fixed. It feels artificially punishing currently. I was stuck playing as a strictly melee class to avoid the resource conundrum. Around the time I was realizing a run without melee wasn’t possible, was around the same time I switch to the give-me-a-pacifier-I’m-a-trash-baby easy difficulty. Easy does make the game a bit easier. Enemies have lower health. That’s about all that changes. Since the maps are randomly generated, finding supplies feels entirely like luck. Just stick to easy mode and melee to get the most out of the game in its current state.

All in all, Draft of Darkness has promise. I’ve sunk quite a few hours into it, because it provides a compelling world. Notes you can find hint at a war between giant corporations, robot uprisings, and nuclear death. It’s all very interesting. The gameplay loop hits the best points of deckbuilding roguelikes, with just a bit left to desire. If development continues at the clip it currently has been, I think we’re all in for a helluva time. I’ll let you know what I think when the game comes out of Early Access. 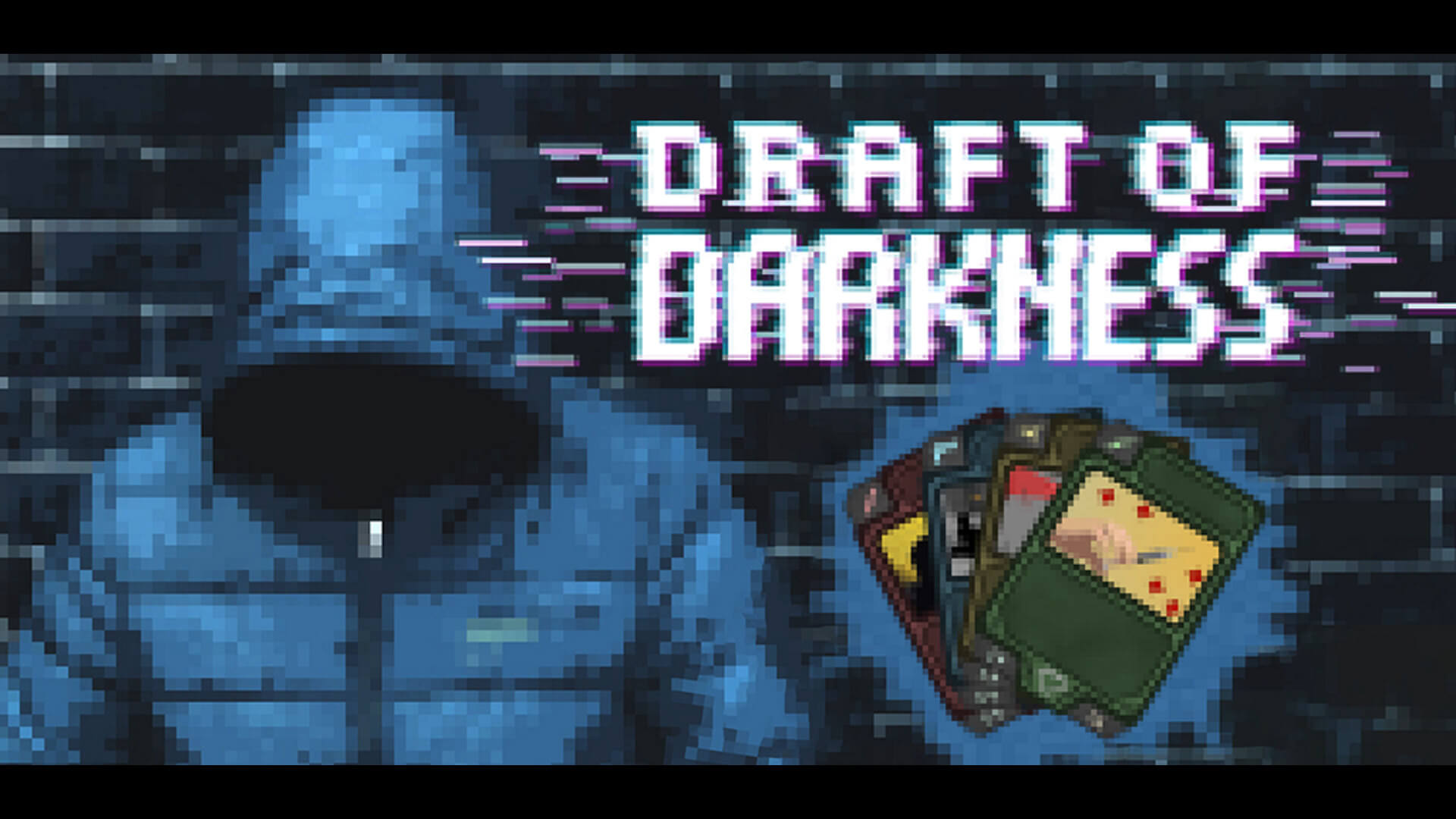