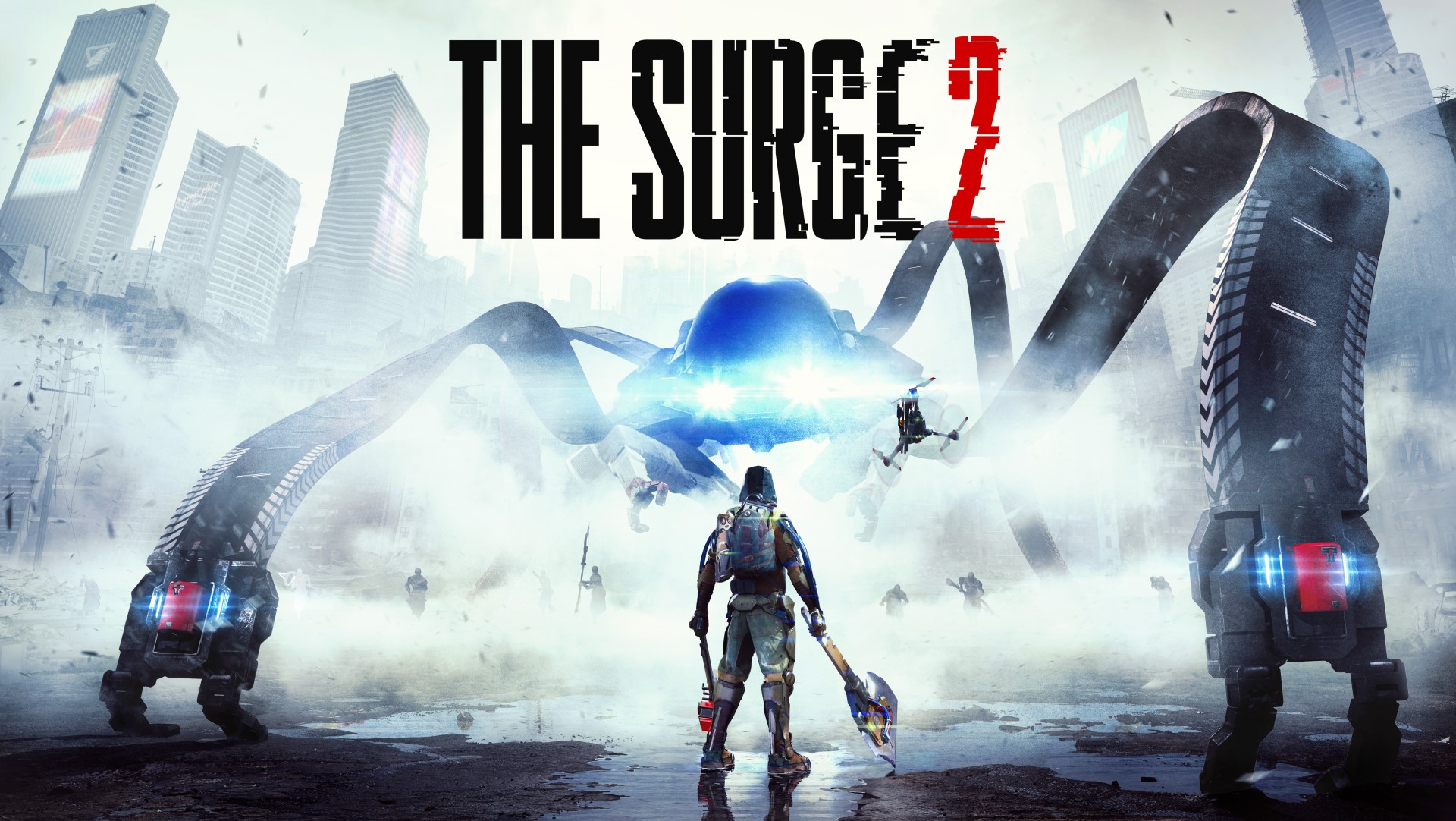 You know, being a critic can be hard. I know, I sound like another internet pretty boy with lots of charm and charisma whining about having a dream job while smooching all the pretty girls. Still, this job is tough when you have not but five stars to express yourself with. Sure, there are all those words that explain what the stars mean, but who reads those? Metacritic only cares about my percentage, and so do most people. Still, this makes it hard when you’re comparing games in entirely different leagues of budget. It’s hardly fair to put Event[0] in the same arena as Prey. When I reviewed The Surge back in 2017, I gave it a 4/5. This might seem generous, considering I also spent a good 4 paragraphs explaining all the ways the game fundamentally didn’t work. The game was riddled with bugs, the plot was confusing, the weapon leveling destroyed experimentation, and there were only like six bosses. However, I was grading the game on a curve. The Surge was a budget Dark Souls clone with just enough good ideas to shine through the lack of polish.

The Surge 2 has moved the series up from a quality off-brand to a legitimate contender. The Surge stacked up well against Lords of the Fallen and Salt and Sanctuary. The Surge 2 stacks up against Dark Souls 3. It’s expected that a sequel improves on the original. It’s rare that it does that job so well it raises it several tiers in quality. There is no more succinct and meaningful praise that I can give it.

If you haven’t played the first, The Surge 2 is basically sci-fi horror Dark Souls with a God of War vibe. You play as Gary Sliceyfist, a voiceless protagonist with a PhD in radical dismemberment. The setting is sometime in the cyber-future, where society is advanced enough to give construction workers Elysium exoskeletons but not so advanced that we can replace them with robots. In line with this grungy setting, most enemies are sporting industrial equipment in lieu of armor. Most weapons are hardware repurposed into instruments of death. What gives The Surge its flair is that if you want someone’s shiny forklift arms, you just take them. Violently.

As badass as it is to rip off a dude’s leg because you like his shoes, the dismemberment system adds a ton of complexity to theThe Surge 2. Slicing off a body part requires you to wear down that piece of armor’s health. Sturdier pieces are harder to break, while limbs require the correct directional attacks to hit. Furthermore, certain parts can buff the opponent if not broken first. Keep in mind, enemies can kill you in 1-2 attack chains. You really have to ask yourself if it’s worth it to go for that piece you need, or just wail on the unarmored bits for extra damage. It’s especially interesting when going up against some of the robotic or boss enemies with a greater variety of choppable bits.

This was all present in The Surge, but The Surge 2 improves on this system (as well as everything else in the game) in major ways. First and foremost, gone is the weapon leveling that prevented experimentation. There are no stats requirements for any weapon, meaning you’re free to switch around as you please. They even added a feature that allows you to cycle through your marked favorite weapons mid-combat. Combat also feels much tighter and more fluid, doing away with many of the absurdly long combos that would lock you into an animation for several seconds. You can now dodge much more fluidly, making fights far tighter and more responsive.

The energy system and drone have also thankfully be reworked in The Surge 2. Your drone now uses separate ammunition similar to Bloodborne’s bullets, meaning you have 20 “shots” spread across all the different modes. Shooting the pistol takes 1 bullet, the sniper takes 4, etc. The drone is also entirely offensive, doing away with any of the shield attachments in favor of more varied combat offerings. Energy is now used solely for your executions and consumable injections. You build energy into batteries, and each charge is worth either one execution or one use of an injection. Batteries decay over time, but injections can be banked up to a cap based on the injection level. It sounds like a lot to keep track of, but the banking system removes a lot of the stress of ending a fight with a full energy bar and no one to dismember with it.

These quality-of-life changes all do wonders to make The Surge 2 feel like a more AAA product, but the biggest improvements come from the larger game design. First of all, Jericho City actually feels alive. In The Surge, you often felt like a foreigner stumbling across something important 20 minutes after it happened. There were no real characters to care about, and the world was full of deranged zombies. In The Surge 2, your character is at the core of what is happening in this world. There are NPC zones full of survivors to meet and chat with. There’s a real weight to your actions, and quests actually feel like you’re making a difference. Enemies aren’t just mindless drones, but cultists, mercenaries, police, and even just average scavengers that are in your way. Each enemy type has its own personality, and with that different gear, tactics, and challenges.

The Surge 2 is also the first game since the original Dark Souls to really commit to the interconnected world. Newer franchise titles like Bloodborne and Sekiro: Shadows Die Twice have had elements of this, but focus more on the micro-shortcuts within each zone. From the first zone to the last, everywhere you go in The Surge 2 is full of unlockable shortcuts and pathways. I was actually shocked to find that certain shortcuts back to the starting zone were unlocked 80% of the way through. What’s more impressive is that this design continues even when the map changes significantly. Without spoiling anything, certain events take place that dramatically alter the environment. All the while, new pathways open up that continue this looping design. Exploring the map constantly rewarding and exciting.

The Surge 2 also has like a trillion weapons and armor sets, which is always fun. Weapons are still broken down into overall archetypes, with some new ones like Double Duty. Double Duty weapons split between heavy weapon and dual wield depending on how vigorously you smash your attacks. Check it out on YouTube if you want to see how they work, I’m too stupid to figure them out. All the gear in the game can be upgraded, and there are few “strictly better” versions of previous weapons. For the most part, gear in the game pushes towards a specific playstyle. Certain heavy armors will have better defense against fire, while a similar set might have more attack speed and damage against armored foes. Armor sets give bonuses for partial and full completion, meaning you can mix two half sets if you’re a coward that lacks commitment or one full set if you’re a real American. I went full light nano-armor with a giant nano-heavy weapon in my playthrough because I’m the kind of dude that likes to roll naked with dual-wielded Ultra Greatswords.

There are a scant few niggles I have that prevent The Surge 2 from achieving a perfect score. First and foremost, there still aren’t enough bosses in the game. There are only 12 bosses in the game, and 5 of them are just repeats with minor changes. A much bigger problem is the directional blocking. Deck 13, please stop trying to make this a thing. No one likes it, and it flat out doesn’t work on PC. Luckily this only affects the game’s parry system, so it isn’t as massive of a pitfall as the unblockable attacks in The Surge. It’s worth mentioning that plenty of people on the Steam review pages have complained about performance issues, but please note that I did not encounter any of these while reviewing the game.

In an industry full of bankable franchises, it’s rare to see a sequel that strictly improves on its predecessor in every way. The Surge 2 not only improves upon The Surge, but it also scraps mechanics that didn’t work in favor of building all the elements that fans love. It’s fun, visceral, rewarding, diverse, and exciting. I recently played through all the Dark Souls games again, and I can honestly say I prefer The Surge 2 over Dark Souls 3. Fight me in the comments if you want. All I have to say is, “Bravo, Deck 13.” Just next time, make sure your directional block works with a mouse.

The Surge 2 builds upon the first in every meaningful way. I’ve gone from grading the game on a curve to putting it at the top of the class. Deck 13, welcome to the big-league.