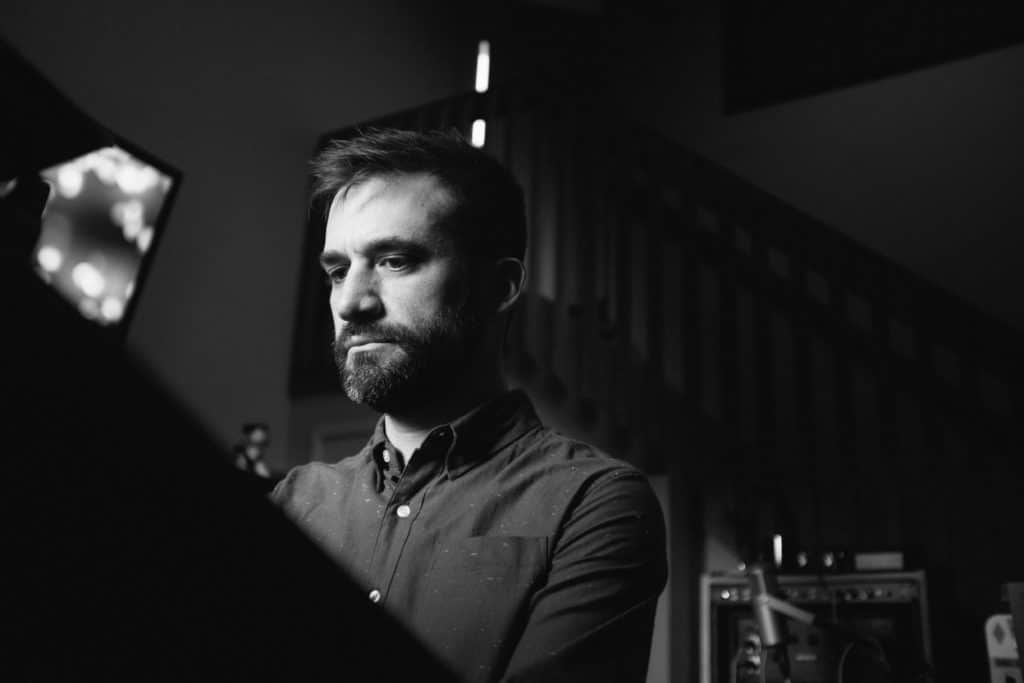 The recently released survival horror game Days Gone is already winning over many audiences with its expansive open post-apocalyptic world, massive zombie hordes, and real-time weather effects, the game has a lot to offer those who are willing to spend the time, put in the effort, and kick a lot of zombie ass.

One of the ways Days Gone makes its world feel alive is through composer Nathan Whitehead‘s original score. A beautiful, thrilling, terrifying collection of work, Whitehead never loses sight of the humanity that runs throughout such a bleak world. Death and chaos may reign but that doesn’t mean people have given up hope. It just means they have to fight harder and smarter to make each day last as long as possible.

Below is our interview with Whitehead where we discuss what it takes to create a score for such an expansive world as well as the inhabitants within…both living and dead.

Dread Central: You’ve worked on several video games on top of your movie career. What are some of the striking differences between the two media?

Nathan Whitehead: I think the two biggest differences are timeline and interactivity. I’ve written film scores in anywhere from three weeks up to six months or so. I worked on Days Gone for over two years! Games take so long to develop and the music process is stretched out much more compared to film. Additionally, a game might require two or three times as much music than even a really long film. The other big difference is that the music has to be interactive and respond to gameplay. This involved a lot of collaboration with the extremely talented Sony music team. They devised these interactive music systems and I then wrote music to work in those systems. The most common scenario was for me to write music that consists of several layers. All the layers can play simultaneously and sound like a finished piece, but then layers can be turned off or on dynamically by the game engine so that the score can increase or decrease intensity in response to the gameplay. The end result is a score that feels more like it’s written specifically to the player’s actions.

DC: What are the moments during composing that you always look forward to?

NW: I really look forward to the moment when I get that first hint that a piece is going to work, that it is starting to connect to the story in some way. It’s just this gut feeling and I love it. It’s usually preceded by tons of experimentation that doesn’t work, but it’s thrilling when I get a glimpse of a score’s identity starting to emerge. I also really look forward to recording orchestra or any live musicians, really. The musicians always bring the score to life in a special way that I think only live players can. It’s an exhilarating moment.

DC: Days Gone is a horror-heavy title with a lot of action. You certainly have a lot of experience with those types of properties, but how do you ensure that each work has its own identity?

NW: A lot of this comes down to that gut feeling I mentioned in the previous question. I think if I’m repeating myself in some way, it’s very difficult to have that internal feeling that this music is right for the scene I’m working on. The music just doesn’t feel right if I’ve already done that for a different project. I also think being intentional about parameters for a score can help keep things fresh. For example, on Days Gone I didn’t use any brass. At first, the score evolved naturally in that direction but at a certain point, we decided there should be no brass in the score. That decision felt right for this specific project and it shaped how I wrote the music. Brass can be amazing in action and horror scenarios but this decision ensured that Days Gone would handle those aspects differently. I don’t generally make those decisions arbitrarily but even that can work as a way to force myself into new creative space.

DC: How did the world of Days Gone affect the types of instruments you chose for the score?

NW: The world was a huge influence on the sound of the score. The Pacific Northwest setting is incredibly beautiful, but the world is also two years post-apocalypse. We see a lot of brokenness and decay alongside these stunning mountain views. I thought the slightly ambient guitars, strings, and percussion was a combination that could reflect the gritty world and the determination we see in Deacon. I liked the combination of guitars and biker culture in the game but I didn’t want to do that in an obvious way with big rock riffs. I thought of it as understated biker music. I also thought the folk Americana vibe connected to the setting somehow. I was moved by the natural beauty and I also thought about people being forced to interface with nature in a way that was similar to frontier times. This inspired the more folky and earthy qualities in the music I strove to work into the score.

DC: There is certainly a place in horror for moments of beauty and calm. What are the ways you use music to instill those kinds of feelings, even amidst a world of terror such as Days Gone?

NW: This is one of my favorite aspects of scoring Days Gone and about working in horror in general. Contrast is such a powerful technique in writing music and that’s especially potent in the world of Days Gone. The world is terrifying and relentless, so when there’s a still moment amongst all the chaos, it really feels special. I think because of the terrifying context, moments of beauty can often be very simple musically. I think that also fits with the tone of this game overall. There are some big, sweeping moments in the score but a lot of the emotional moments have a smaller, more intimate feel. I also frequently call back to the main themes of the score in these quiet moments. The Freaker music is generally moving between the slow, menacing, foreboding sections and then ratcheting up to the pounding Freaker action music. At the end of the Freaker theme, the piano softly plays their melody and that ended up being really helpful in a couple of key points in the game where we needed the Freaker theme but it was a quiet moment of reflection and not a brutal fight.

DC: What’s something you hope people notice or recognize in your Days Gone score?

NW: Overall, my hope is that the score connects with people in some way. That’s really the hope I have for every project. I can’t predict what people will respond to, but my only measure is to write until I feel something from the music and hope that other people will too. That’s really what excites me about my job. In many ways, it’s great if players don’t notice the music at all. I want the music to help them get lost in the world of Days Gone. If the score helps them feel emotionally invested in the game and connected to the story and the gameplay, then the music has done its job whether people notice it or not.