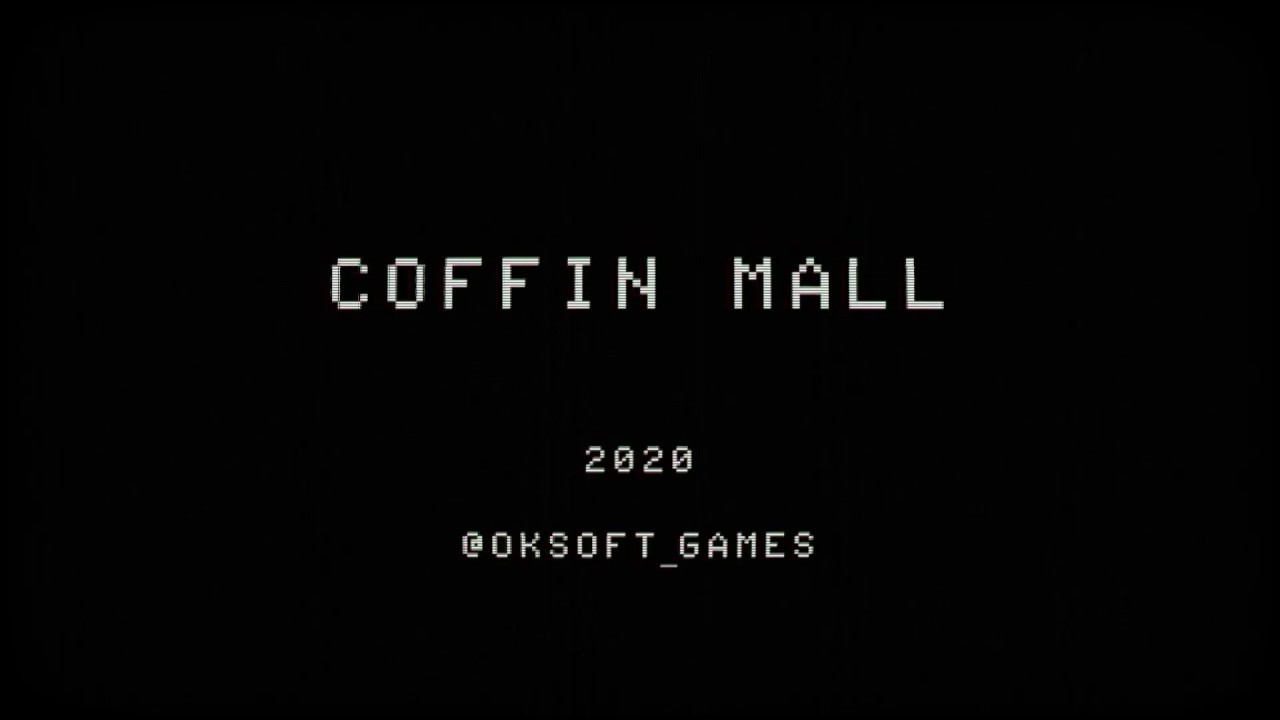 Subverting expectations in horror has become a bit of a joke between myself and DreadXP QA Lead Cleveland Mosher. It all goes back to something I’ve said about Silent Hill. I maintain that the town of Silent Hill is already terrible, so when the air raid sirens go and the town gets all rusty, it isn’t much of a change from what it was before. You expect it to get worse and it does. It does not subvert your expectation. It actually enforces your expectation of what is going to happen. I maintain that Silent Hill would be more effective on that front if the town was nice. If it was a well-maintained, pleasant town, then its transformation into a blasted hellscape would be more palatable. This editorial is not about Silent Hill. I’m actually here to talk about Coffin Mall.

If you haven’t heard of Coffin Mall, that’s okay. It’s actually not out yet. The folks at OKSoft, who made the game, have kept in touch since Horror You Haven’t Played started. I was happy to get a copy of their newest project. I had only seen one trailer. It showed the player goofing around a mall, bowling with shopping carts. It didn’t tell me who the villain was. Sitting down to play Coffin Mall, I was going down an internal checklist. PS1-style graphics? Check. Spooky synth music? Check. I was looking to check a box for “flesh-colored PS1 enemy”. I wandered the mall, saw a cool PS1 cat, and found my way to the security office.

In Coffin Mall, you play as a nighttime security guard in a mall. Your job is to go around, touching the keypads at each corner of the mall to prove to your boss that you’re working. It’s a setup that lends itself to a very certain type of scare. I’ve come to expect, at this point, perhaps a power drill-wielding killer, or maybe a person dressed up in a bunny costume. Coffin Mall didn’t care what I wanted to pigeonhole it as. After running your security rounds and heading back to the security office, the power goes out. You leave the safety of the office and hear the cat you saw earlier shriek.

The mall, previously well-lit and unassuming, takes on a more threatening form. A storm has moved through the area and every crack of thunder and flash of lightning has you checking behind yourself just to make sure. As you move across the mall, something catches your eye: Headlights? That’s right, the car on display from an upcoming film has seemingly come to life. The tires squeal as it rushes to run you down. At this point, I was thinking, “You did it, you crazy bastards did it. It’s a killer car game!”. When you’re fully expecting a serial killer in your PS1-style horror game, It’s a treat to get a complete subversion of your expectation.

Horror in general works in this neat spot of subversion. It excels at taking what you expect and flipping it on its head. It’s like being tricked in the best way. Subverting expectations, I think, is a big part of the horror. I messaged OKSoft, to tell them that I’d beaten the game, and how impressed I was by the killer car. At first, they asked if I was messing with them. I had only seen one trailer, and nowhere in it was a killer car mentioned. I had already built up in my head what the game was about. That was a mistake on my part, but in doing so I allowed my expectation to be subverted in a wonderful way.

I’m not saying Coffin Mall is a masterpiece or some kind of transformative experience that must be played to be believed. I’m just saying that it’s different. Horror excels when it’s different. It can also excel when it’s the same. Sometimes it’s comfortable to sit down and watch something predictable. Jason Voorhees will kill the teens, before being “killed” at the end of the film. It’s the Jaws formula and it’s been going strong since the ’70s. Sometimes we need that. The rote motions of horror. Other times, we want to be surprised. We want that subversion of expectations, we want our Cabin in the Woods.

Another good example that I don’t have permission to spoil like Coffin Mall is Dan Mullins’ Inscryption. You are expecting a simple horror card game based in a central location, and that’s what you get…until you don’t. I really won’t spoil Inscryption but I suggest you all go check it out. I said it above, but Coffin Mall is not earth-shattering. Please don’t leave this editorial thinking you’re going to play the next big thing. We shouldn’t hold games up on pedestals like that. Coffin Mall is different. It’s a short experience, around 45 minutes. It uses this time well. It’s lean. If it were a film, it would be one of those nice 90 minute movies that goes by at the perfect pace.

By letting you in on this small subversion, I’ve actually ruined Coffin Mall’s reveal for you. I guess you could say I have subverted your expectation of what this editorial was about. You can wishlist Coffin Mall HERE. 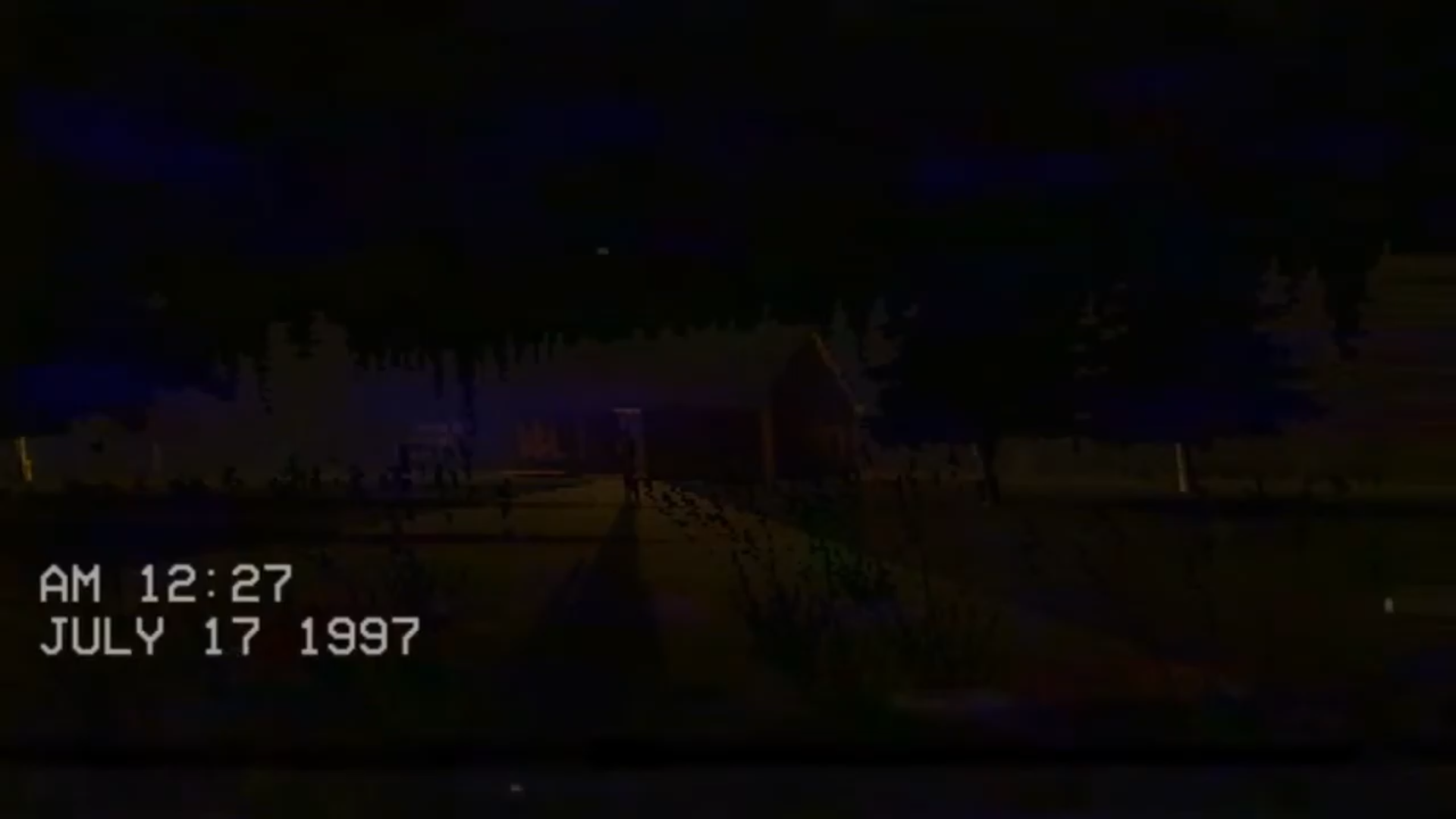