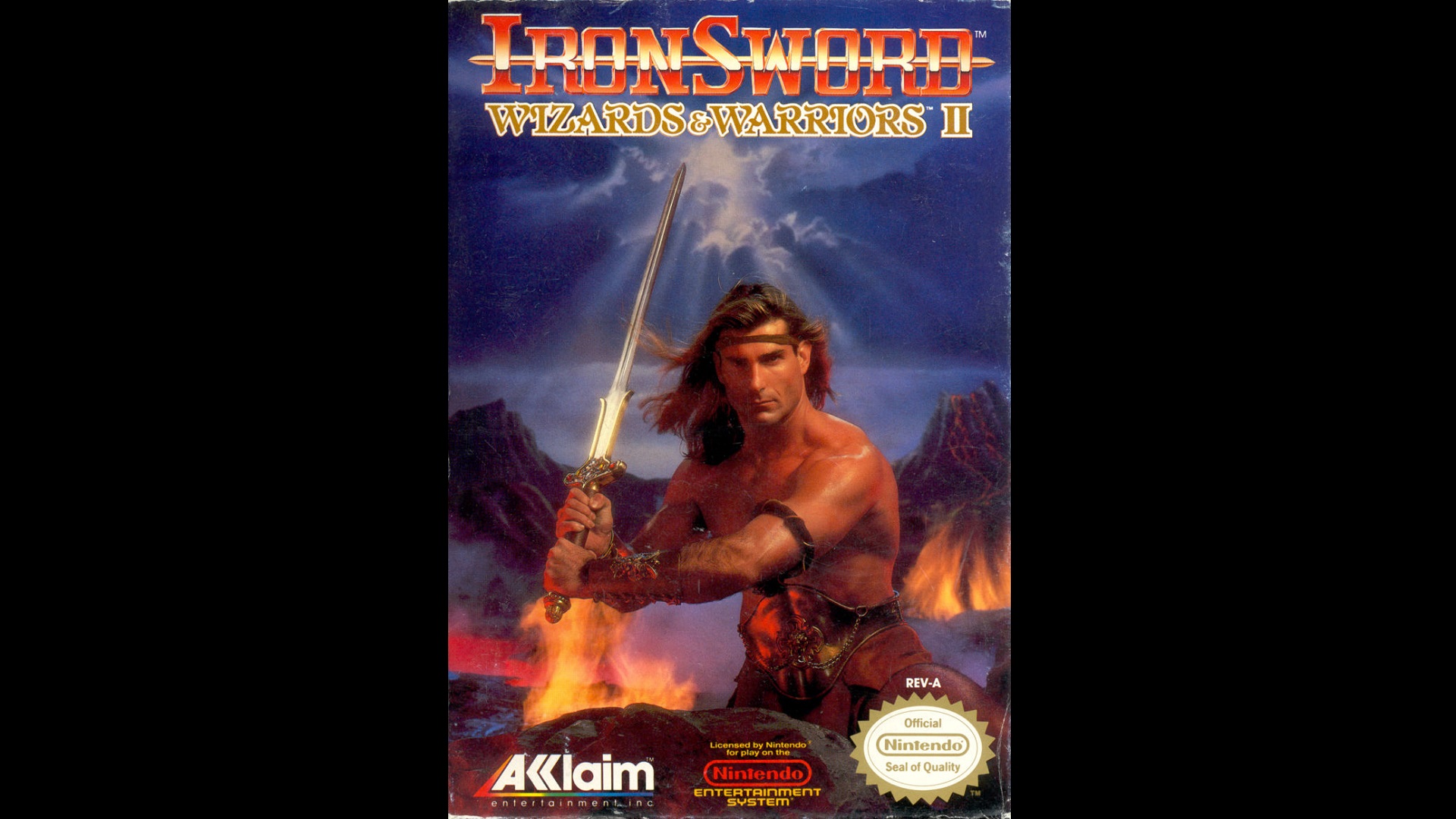 How Ironsword Used Fabio to Create a Fearful Action Game

Ironsword: Wizards & Warriors II’s super manly, powerful cover hero set me up for certain expectations of the game. A shirtless Fabio swinging a blade had me thinking I’d soon be cleaving through foes’ skulls. How could I not be? The actor/model might have been better known for romance novel covers (among other things), but he looked very Conan-like on the cover of the game. You can’t tell me that he didn’t look strong. Confident. Capable. Definitely able to deal with evil wizards with ease. With a cover like that, I definitely couldn’t predict that I’d spend the whole game running and terrified of everything. That cover art screamed courage and power. The game, however, would have me crying out of fear and weakness.

Which actually made for an interesting action game, and a compelling experiment in mixing (surprising) fear into a medieval fantasy game.

Kuros beat the nasty old wizard Malkil in the last game. Evil wizards tend to come back, though. This time, he’s taken the shape of four powerful elementals, and is causing general nuissances across the land. Blowing breezes when you try to light a match. Making puddles when you step out with your new shoes. Terrible elemental issues, really. Kuros, the hero of the original Wizards & Warriors, comes back to the land of Sindarin to deal with the problem. However, your sword is in pieces. Also, the elementals are only vulnerable to very specific magic. Kind of a rough spot to start.

If you looked at the cover, you’d probably be expecting to be well-equipped to deal with these problems all the same, though. Trouble is, in-game Kuros is not as powerful a hero as Ironsword might have you expect. When you see his googly-eyed sprite pop up in the first stage, wielding what looks like a long knife, you’d be forgiven for being surprised. He seems a bit of a far cry from our cover character. When you realize that swinging that knife is all but useless, you’d probably find yourself wondering how you’re supposed to save Sindarin. At least Kuros can run and jump pretty well.

You don’t have long before the game’s enemies start chasing you down, with eagles homing in on your every move, spewing projectiles your way. Slimes spit blasts at you as well. You know, in case there weren’t already enough things on screen that could hurt you. The eagles also dog your every move, making dodging them difficult. Foes in this game are extremely persistent, or they pop up in ways that make it very hard to avoid damage. There’s not much in the way of knockback, thankfully.

With your enemies rushing your way, you’re going to want to swing back. Ironsword may have only given you a knife, but at least you can fight back with it! Unfortunately, that weapon is all but useless. You kind of do this flailing swing with it that’s honestly pretty hard to hit anything with. You CAN kill stuff by running into it at the right angle even if you’re not swinging the sword, though. So, your best bet is actually to just run and hope you avoid enemies or accidentally impale them. Is accidental impalement a heroic way to beat evil?

Despite our rugged cover hero looking ready for a fight, running for your life is the most advisable method of getting through this game. Enemies are crafty and rarely back off, but if you’re constantly running, they can’t hit you as much. The game’s stages are sprawling mazes where you need to find hidden items to progress. The counterspells you need to beat the bosses are hidden. Hidden extremely well, at that. It’s a game more about exploring than fighting, so you’re better off if you’re constantly fleeing.

This was a jarring realization as I played through Ironsword for the first time. By playing around with my expectations for the game, the developers were able to keep me from getting my bearings. Rapidly dying to a bunch of birds and slimes taught me that Sindarin is a dangerous place. While most games of the NES era were pretty challenging, Kuros’ inability to fight well, coupled with his enemies being vastly more capable than him, created this mood where you felt weak and powerless. Afraid, and constantly on the run. Often on the verge of panic as you rushed around trying to figure out where to go as enemies swooped in from all angles.

And again, I was not expecting this sensation. I thought I was going to be a big hero. That cover art gets you to walk into the game filled with confidence. A lot of cover art at the time had a similar effect. Looks at the tough characters on the cover of Contra. Ryu and his sword on Ninja Gaiden. Both were hard games when you died quickly, but at least you could fight back. The confidence and power those cover images implied was there for you to use. Here, it’s almost mocking the cowardly route you’d need to take. The Fabio cover art here builds you up. Then, it cuts you down, transitioning from fearless to fearful.

Music helped set up an eerie mood in Ironsword as well. While many action games have high-energy tracks that amp you up, this title felt more subdued. The tunes are slow, bleak, and depressing. There’s a downcast tone to them that mimics the despair you’re likely feeling after a few minutes of flailing with your broken weapon. The music made the game feel like an ordeal you need to overcome. You ARE constantly working your way toward a dangerous precipice at the game’s end, after all. The music honestly matches this climb well. In doing so, it makes things feel a little more hopeless, which plays into that subtle fear. And again, it undermines that confidence you walked into the game with. You don’t get inspiring, heroic tracks. The music instead reflects your fear and weakness.

Ironsword is far from a straightforward journey, too. Valuable equipment hides behind invisible doors. Spells do all kinds of unexpected things. Winding paths lead through massive environments. Traps cost your progress. Poisoned healing items offer unpleasant surprises. There’s so much to do and figure out along the way. It’s the sort of stuff that would require a calm mind to figure out, but when you’re constantly panicked and afraid, it becomes so much harder to get anywhere.

I find it arduous, but it makes for a compelling take on being an adventurer. If evil were easy to overcome, they wouldn’t need a hero to do it. In the world of Sindarin, even the most basic of creatures is a threat. You’re far better off fleeing than fighting. So, you need to stay on the move, all while scrambling to hold onto your wits as you figure out the world’s puzzles and locate its secrets. Only if you can control your fear and mind while under duress and in extreme danger will you be able to save the kingdom.

Over time, you’ll see your powers grow in Ironsword. Gain tools that make combat almost doable, or find spells that make life easier. You may start off cowardly and always running, but you’ll eventually get your feet under you. If you can fight through the panic the game inspires, you’ll gain the arsenal of tools you need to overcome it, and the music slowly starts to match that heroism. When you reach the pinnacle of Icefire Mountain and the music just swells, you know that’s for you. That’s for the courage that has carried you through your frightened journey. It’s real bravery, forged from fighting against a maze-like world and hard-to-fight-enemies, that has brought this tune about. You become the hero Fabio wanted you to be.

That cover creates an image in the player’s mind when they pick up the game. There’s that implication of power and courage. That you’ll be ready for whatever Ironsword throws at you. The confident, bold stare. The muscles. You can’t tell me you don’t expect to be a tough, capable hero when you look at that cover. When you play the game and find Kuros a weak, frightened man who has to run to survive most of the game, though, your confidence gets cruelly inverted. Your bravery crumbles. The cover art sets you up for a certain mood, only for the game to tear it out from under you, leaving you in a world of death and despair. It takes that broken confidence and creates an experience in fear and constant struggle to survive.

It’s an impressive feat to enhance such a dark fantasy game through clever use of a romance novel cover actor. Not too many studios can claim they enhanced fear in their games by implementing Fabio in their design. 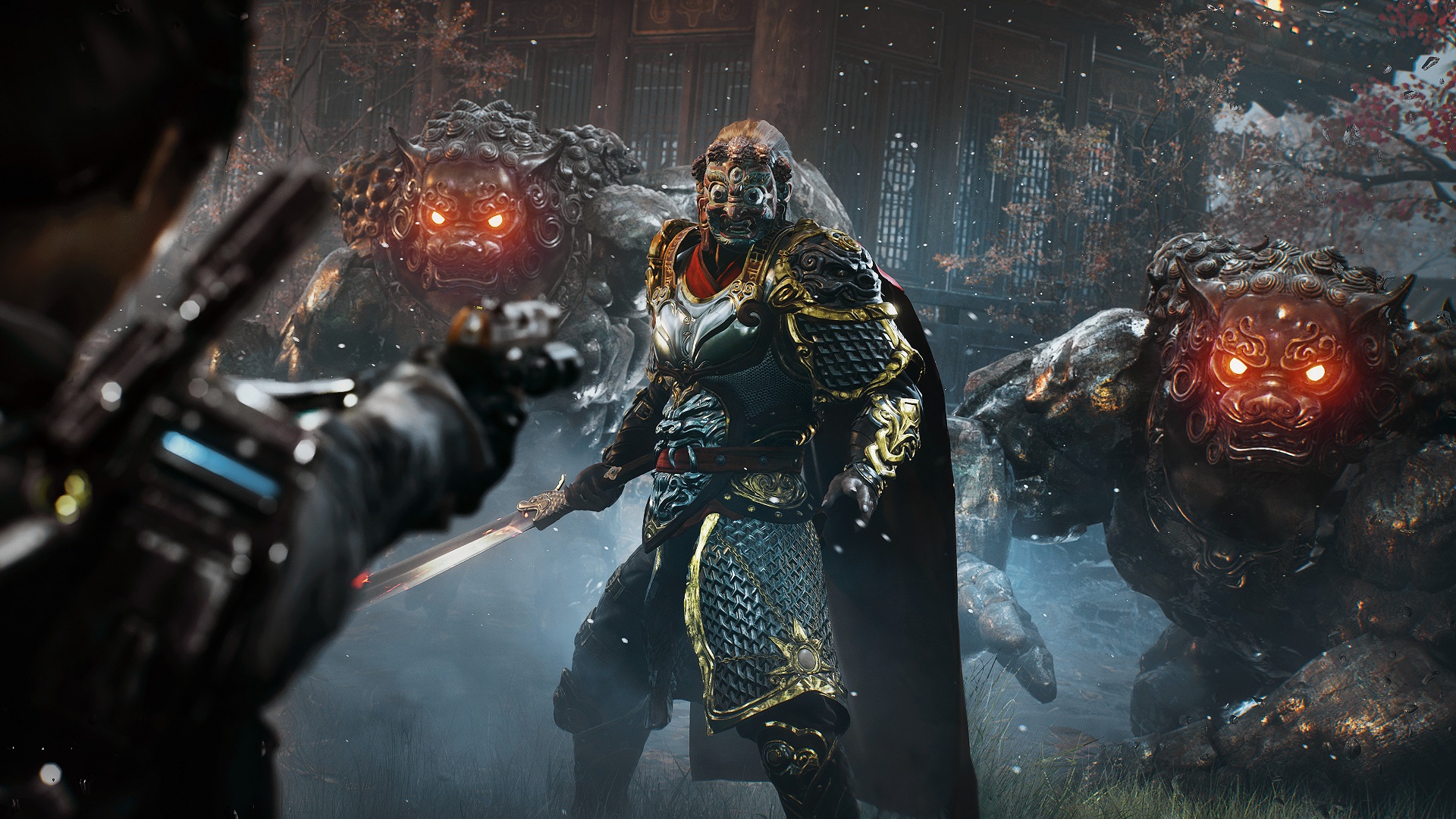 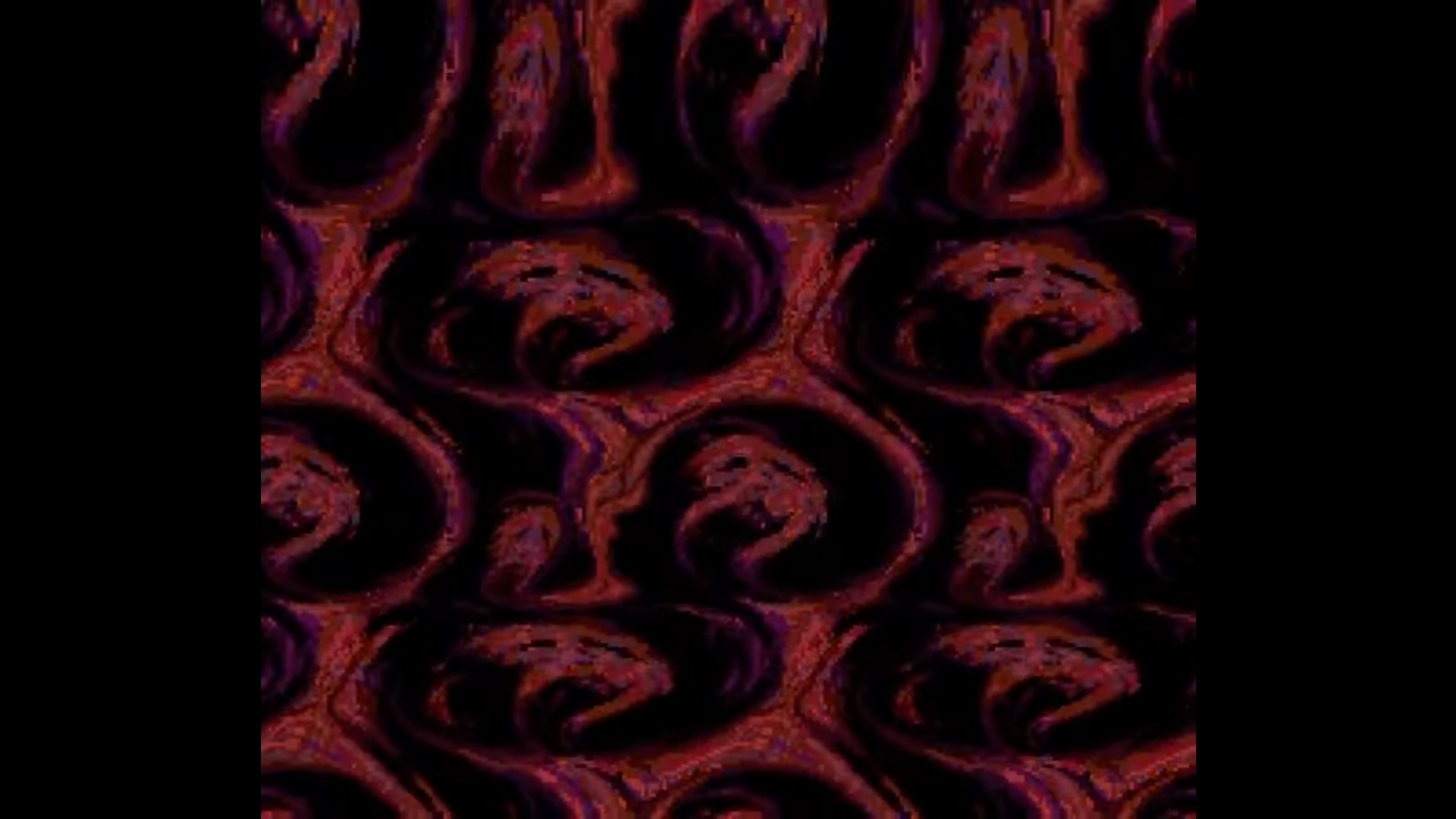 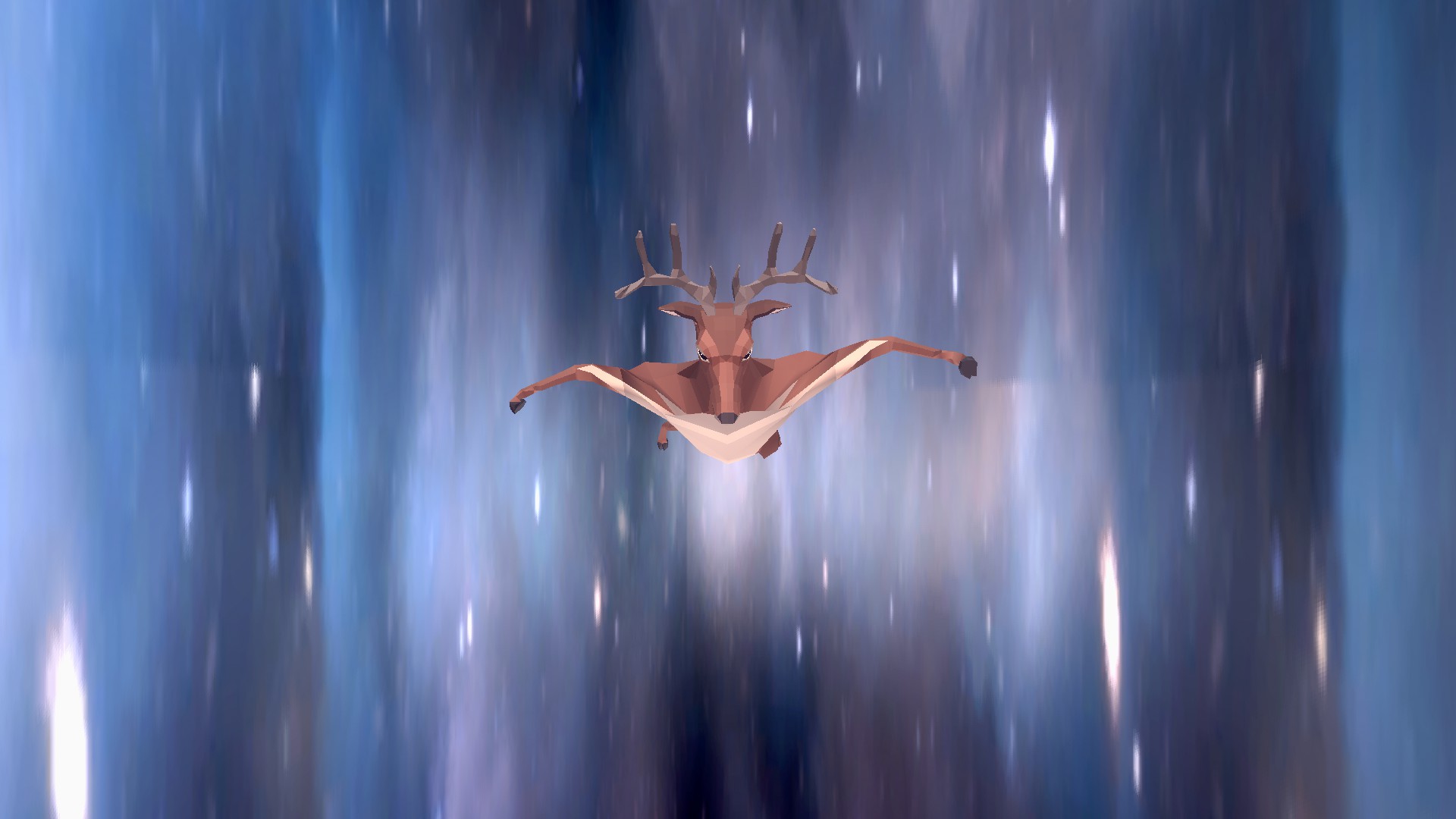