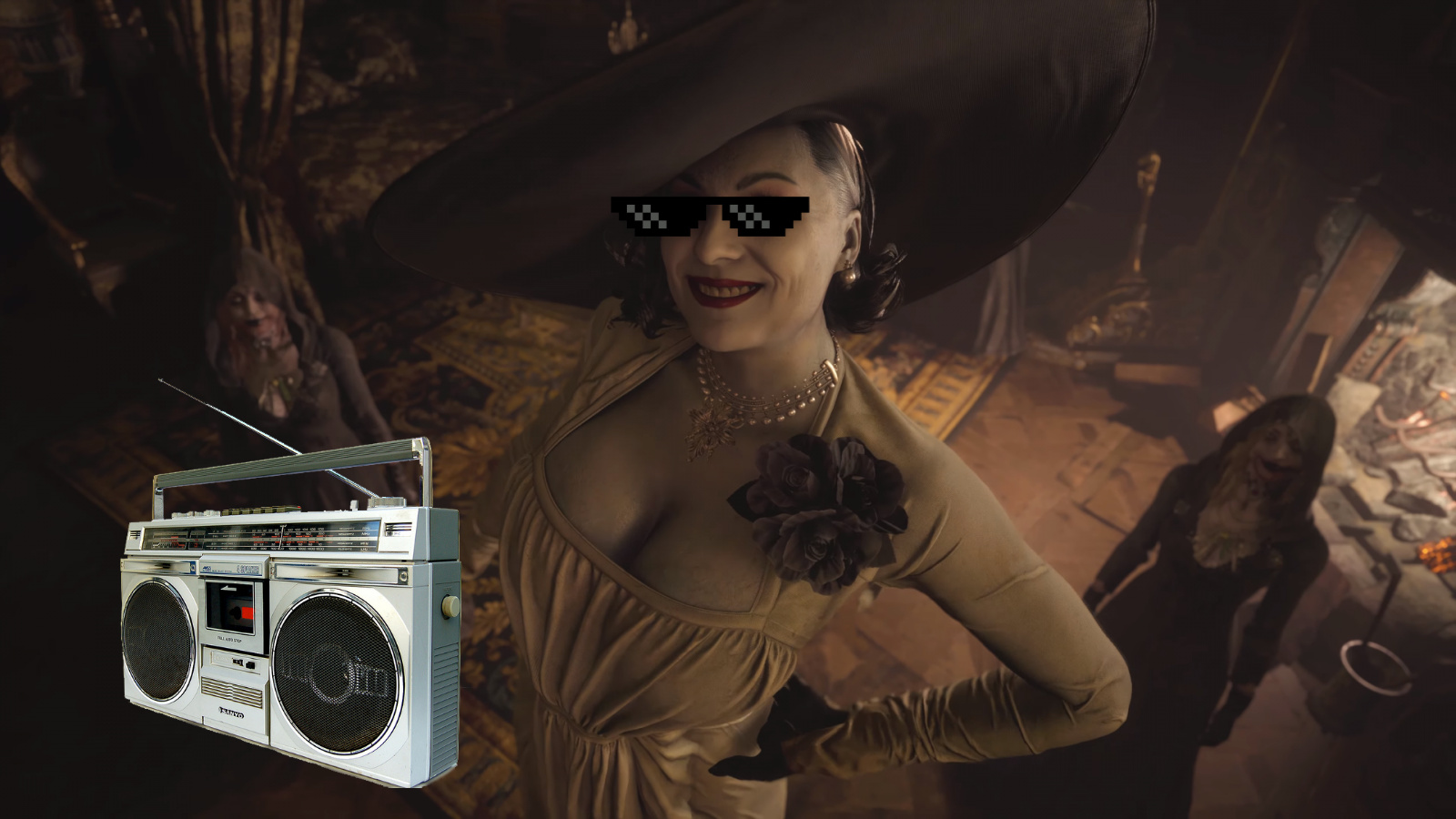 Resident Evil and the Art of Good Sound Design

I love the Resident Evil Series. From the spooky survival horror of Resident Evil to the goofy zombie fistfighting of Resident Evil 6. I’ve never played a Resident Evil game I dislike wholeheartedly. One thing has bothered me though: The guns sound bad. I hate to pick on this detail. Some might say, “Well, it’s such a small detail, why worry?” To answer that, I’ll say, “In a game about shooting zombies, mold creatures, werewolves, and all other manners of miscreations, the guns are pretty important. I’d go as far as saying the guns are probably one of the 3 most important parts of Resident Evil. The order goes like this:

The horror is covered. Something horrifying happens in every Resident Evil game. The guns, while powerful, can be a bit disappointing. I’ve owned a lot of the guns featured in Resident Evil games (still waiting on my custom electro-cannon Capcom). Recently, I sat down to play Resident Evil 8. I’m only about an hour in, and I’m having a good time. I get the shotgun, the gold standard of crowd control in numerous Resident Evil games. I line up my shot, pull the trigger, and it sounds like someone ripping a fart on a hot leather couch. What gives? The shotgun used in Resident Evil 8 is a Winchester Model 1897. Also known as the “trench gun”. Developed in, well, 1897 by John Moses Browning, and sold by the Winchester Repeating Arms Company.

It is 8 lbs of steel and anger. During World War I, Germany made a diplomatic complaint against the U.S. for using the M1897. The army had not made many changes to John Browning’s original design. They mostly added a heat shield and a bayonet lug, because nothing is scarier than a shotgun with a sword attached to it (Hint, Hint Resident Evil 8). I’ve written all of this so I can get across that the M1897 is mean. It belches hot fire and can be slam fired by holding down the trigger and cocking it until it’s empty. When the country using serrated bayonets and flamethrowers complains that your gun might be a war crime? Hell, it might be a war crime.

So when I use the M1897 in Resident Evil 8, I understand the history behind it. Instead of roaring like a captured beast, it sounds like someone slapping a Christmas ham with a flip-flop. It didn’t have to be like this. The LEMI Pistol, the first gun you get in Resident Evil 8, sounds good. It may hit like a BB gun and be more effective if thrown, but at least its sound is accurate to its real-life counterpart. What is the LEMI’s real-life counterpart? Why it’s the CZ 2075 Rami with a few adjustments. The sound is superb though. It has a whip crack report that sounds like the gun it’s based on.

When you go back further to Resident Evil 4, the gun sounds are great. With one exception, most of the guns have a heavy and accurate report. It really gets across that Leon Kennedy should be wearing ear protection. If you run through the amount of ammo that he does during that game with uncovered ears, you’d be deaf. The one exception that I’d like to point out is the Striker shotgun. Based on the Armsel Protecta 12 gauge, when fired it sounds like a cross between a firecracker and a puma. Why, in a game that has such accurate gun audio, does one of the shotguns sound like this? Maybe the sound person was off that day and they decided to just go with it.

This is such a strange thing to complain about. I know. I should just enjoy the games and not get caught up in the minutiae of gun noises. Who cares this much? Me, I suppose. Proper sound design is one of the most important aspects of game design, and also one of the most overlooked. Think of the iconic sounds of games like Halo and Dark Souls. Did you even light a bonfire in Dark Souls if there isn’t a “fwoosh” noise? We take sound for granted. Horror is improved by sound. Recently the question was posed to me, “What if someone made a horror game with no sound?”. While the visual language of horror games is strong, it’s not strong enough to carry a game all on its own. Our brains process sound and images as a kind of a team. It’s hard to have one without the other. Resident Evil wouldn’t be good without sound. I’m not sure what a game without sound would even look li –

November, 2018: The Quiet Man is released. Developed by Human Head Studios and published by Square Enix, it tells the story of a deaf man who works for the mob and may be a superhero? It’s all very confusing. The main point is the game has no sound. The dialogue and all other sounds in the game are shown from the perspective of it’s deaf protagonist. The Quiet Man showed that if you remove the sound from a game, people will notice. It wasn’t necessarily a bad game, just different. A post-release patch was pushed that restores the sound. It’s a reminder that good sound design goes completely unnoticed, but no sound design is immediately, painfully noticeable.

So which games have the best sound design? Stuff like Red Dead Redemption 2 and its living, breathing world. You can hear the wind blowing through the grass and the distant cries of animals. You can even hear crickets at night, and faint voices from towns you may be near. You can hear pianos belting out from saloons you may not have even gone to. It accomplishes much without being overbearing. The guns also sound fantastic; with an obscene amount of care going into making sure they look good and sound even better. A whole history course could be taught based on the things in Red Dead Redemption 2.

The Quiet Man and Red Dead Redemption 2 are very different games. They both highlight the highest of highs and lowest of lows for sound design. So where does the Resident Evil series fall on this spectrum? The games, overall, have excellent sound design. The moans of the zombies in Resident Evil 3 are creepy in a way that hasn’t been topped since. The subtle sounds of movement, along with creaks and bumps elevated the first Resident Evil 7 demo to insane heights. The guns, for the most part, sound solid. I may have my complaints about the Resident Evil 8 shotgun, but as I’m only 1 hour into the game so far (don’t worry I’m not writing the review), I know I’ll find more to love as I go.