*Disclaimer: This article contains statements that are controversial and part of an ongoing legal battle. This article is not intended to state any of the claims as facts*

“They didn’t just abandon us. They intentionally sabotaged it. They stabbed us right in the back.”

This was the answer I received from Sam Goldberg, Manager of Ragnarok Games LLC. His bluntness made me shift in my seat. I had been dancing around the issue, spending the first half of our hour-long play session poking around the games revamped mechanics, exploring dungeons, and half-consciously slaughtering wolves. The game bore little resemblance to the mess I reviewed back in 2019. And yet, no balance or flashy new features could distract me from the question burning a hole in my mind: “What the fuck happened to RUNE II?”

Released in late 2019 by Human Head Studios, RUNE 2 is the game that should have been a hit. It was a long-awaited sequel to a much-beloved cult-classic created by the original developers. Released in the olden-days of 2000, the original RUNE was beloved by fans and scorned by critics. RUNE was a delightful mix of challenging combat and limb-hacking revelry. It was the perfect title for a much younger Ted taking his first peek into the world of “big boy” games. I’ve even heard some gamers call it the “original Dark Souls” (along with Die by the Sword, which unfortunately was a bit too challenging for me at the tender age of 9). Reviving the franchise would have been a guaranteed million-dollar Kickstarter campaign. And yet RUNE II fell far, far below even the most hateful of critic’s expectations.

RUNE II was a baffling mess of truly legendary proportions. It’s the only game I’ve ever beaten out of spite. I just had to see how it would keep fucking up. And it did not disappoint. The objectives were mind-shatteringly tedious. Balance was nonexistent. Higher tier items would inexplicably have the stats of level 1 gear. Most of the map was just water. The further you explored, the harder it was to tell if something was just plain unfinished or completely broken. Quests would fatally break more often than work. That isn’t even mentioning the baffling inventory, crafting, and endgame.

All that said, there was something fundamentally enjoyable about the combat. It was viscerally satisfying to chop someone’s arm off, throw your sword into them, then beat them to death with their own arm. I genuinely wanted the game to get patched and improved into a playable state. I could see the rough outline of something fun. Those dreams were seemingly shattered when, not 24 hours after launch, it was announced that Human Head Studios was being absorbed by Bethesda Softworks. The entire Human Head team was acquired as a whole and renamed Roundhouse Studios. It is gaming’s most transparent abandonment of a title to date. You know the part in Tiger King where Joe Exotic just kept changing the name of his company to avoid paying out his lawsuits? I’m not saying that’s what they did, but it sure as hell looks like it.

Left holding the bag was Ragnarok Game LLC. A publisher that formed to see RUNE II come to life, Ragnarok Game quickly released a statement that they had no knowledge of the closure. They promised to keep working on the game and acknowledged it was not in an acceptable state. At the time, I didn’t believe them. It seemed like a weak PR move to placate the fans. But Ragnarok Game put their money where their mouth was. Not only have they supported RUNE II with massive content overhauls, but they sued. Claiming a failure to deliver the source code and assets along with $100 million in damages, the lawsuit has expanded to include ZeniMax and Bethesda. I don’t know what your idea of being serious is, but taking Bethesda to court is fucking serious.

“We legitimately never saw it coming. I thought these people were our friends. We had booked flights to go and celebrate the launch. One of our team members (for Ragnarok Game LLC) happened to live close and had a spot in their office. They asked him to not come in two days before launch. We figured they were just pitching another project and it was all hush-hush. When he came back, the doors were locked. There’s still some stuff in there that belongs to him.“

Sam spoke not like a man who held a grudge. This was a blood feud worthy of the age of Vikings. A few members of Studio 369—the team that has taken over the development of RUNE II—were also in the play session. While not all there at the time of launch, their work on the game gave weight to Sam’s words. Matt Candler, President of 369, had this to say:

“You think we’ve had a year to work on this? They wouldn’t even give us the source code for months. They refused to give us the assets we needed to even work on the game. If that wasn’t bad enough, the final version they released to the Epic Game’s Store wasn’t even the real final version. There were fixes that had been implemented previously, then taken out for the final launch. There’s no way you could look at the code they gave us and think this is a final product. There were parts that even an amateur programmer could clearly tell were unfinished. Not like they gave us any roadmap to figure out where it all went wrong.”

If true, this is beyond a worst-case scenario. Having released a few games ourselves now (plz buy the Dread X Collection on Steam :3), I can confidently say I’d rather remove my own toenails than try to work on someone else’s code. I cannot fathom the challenge of trying to work on code that has at best been abandoned, and at worst deliberately sabotaged. Dan Felts, Producer at 369, had this to add.

“It’s not starting at square one, or even square zero. It’s starting at square negative 10. We had to invent new systems for all the changes we wanted to make. It was less salvaging than amputations. We had to start over fresh with so many of the mechanics that we might as well have just made a new game.“

Ragnarok Game and Studio 369’s refusal to abandon the project is admirable. It’s the kind of dedication that gamers wish all developers had. But it did raise that very same question in my mind. Why didn’t they just abandon the project? Mitch Alpiner, Community Manager at Studio 369, had this to say:

“For all its flaws, there’s something at the core of RUNE II that is fundamentally fun. And the fans deserve something better than what they got. To anyone that stuck with us from the start, we want to deliver them the game they have waited for. Not just this last year, but the 20 years since RUNE came out. We love the game, too. We want it to live up to that promise. And we’ll keep working on it until it gets there.”

To that end, RUNE II has gone through significant changes. The combat has been overhauled to allow for a more dynamic block/dodge/counter system. Enemies now offer a challenge, rather than just increasing piles of loot and limbs. The oceans have receded and been replaced by far more expansive landmasses. Building villages will now populate towns with villagers that all have their own personalities. There’s a new leveling system that allows you to dedicate yourself to one of three gods, or forsake the gods and go full Berserker. There are dungeons to explore full of loot and secrets. There’s even a special work axe that reduces the tedium of harvesting wood and ore. Most importantly, exploration now feels rewarding. Exploring the land will reveal new challenging foes, quests, events, and other secrets for players to uncover. It’s a far more robust package than the one initially received.

That being said, it’s far from perfect. The game has an MMO feel to it, where certain enemies spawn in places without much context. I still get that feeling that I might be breaking the game by going well off the beaten path. In my post-hands on time, I’ve encountered several areas with inconsistent triggering. I explored north to find an abandoned town with only the tutorial NPC populating it. Which is weird, because I just saw her at the town I came from. I dared not repair any buildings out of fear of breaking some quest down the line. I also walked into a dungeon and triggered dialogue from the end game and was able to pick-up quests 20 levels above my current.

That being said, the progress they have made on RUNE II is nothing short of incredible. If the launch issues are true, this just makes their feat all the more laudable. And they aren’t done yet. The team has a public roadmap where they list the bugs and their estimated completion time. When a developer refuses to give up to this degree, it deserves notice. And I will continue to watch their progress with great interest.

You can get the new RUNE II: Decapitation Edition now on Steam and the EGS for just $30. 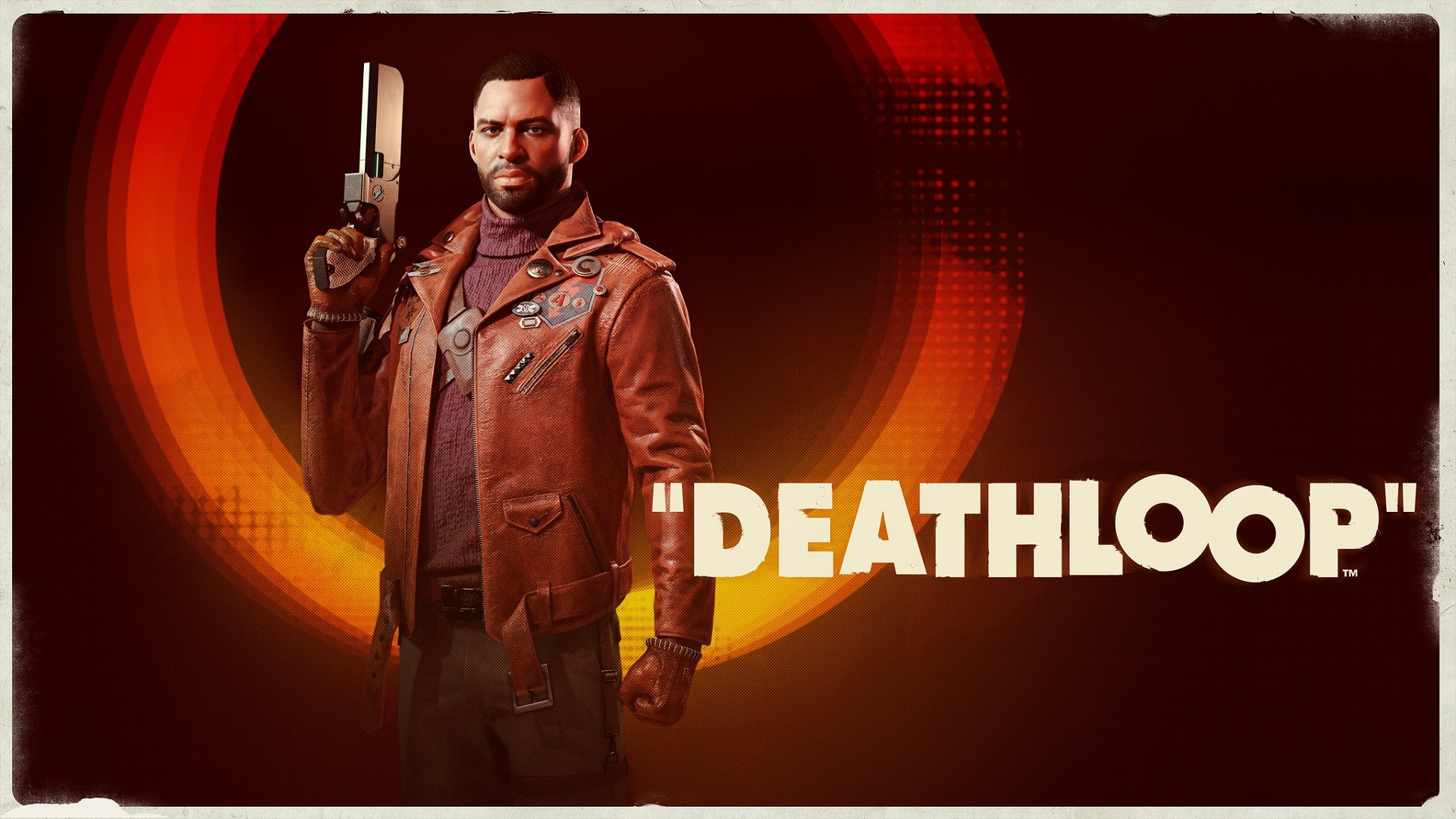 Close the Deadly Timeloop in Deathloop Next May