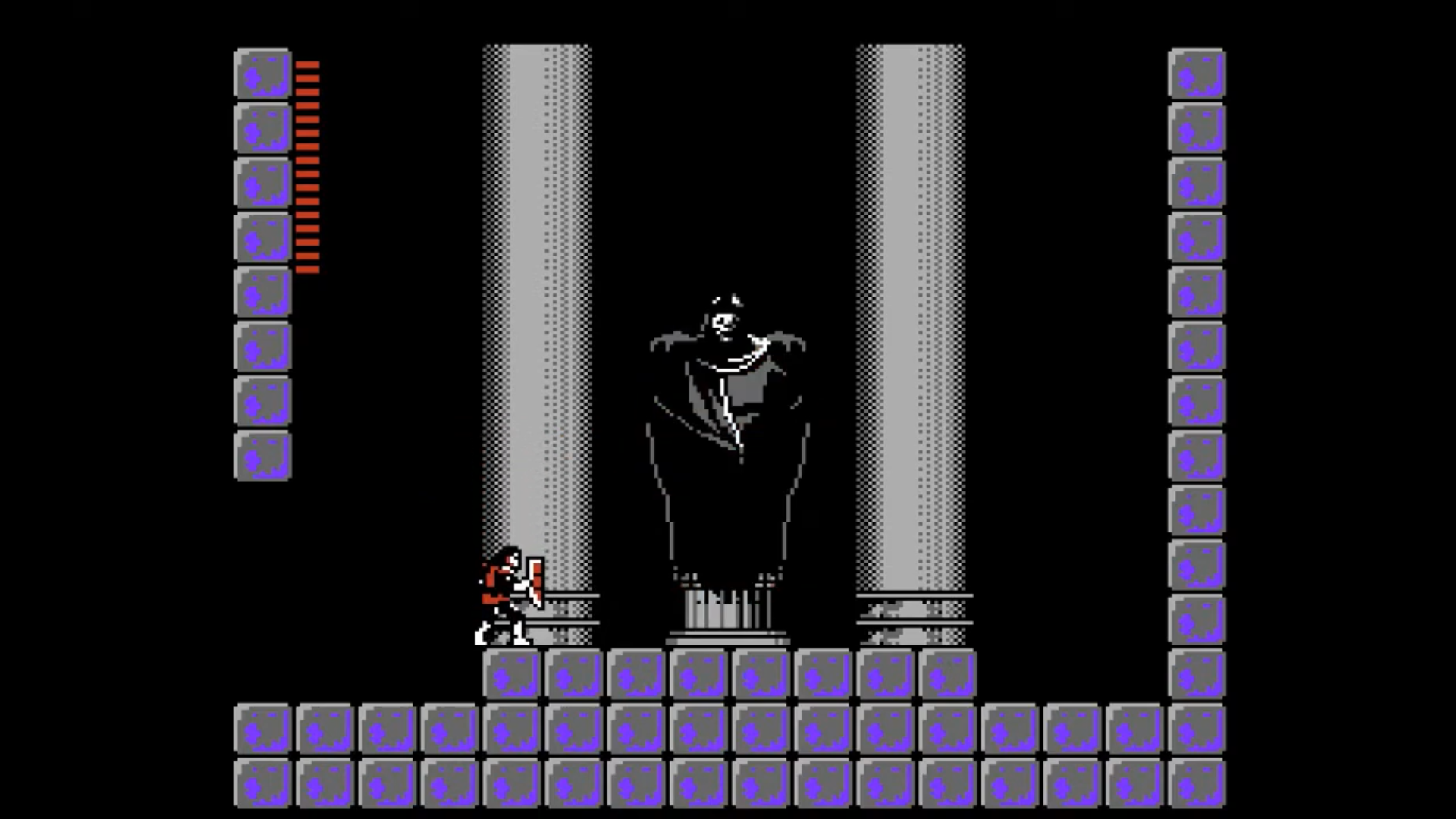 The Castlevania series has spread across many different games, platforms, and genres in over thirty years of history. That’s a lot of monsters getting whipped, stabbed, and clocked. Drawing from folklore, literary history, film, and historical landmarks, the series has offered countless creatures for players to fight over the years. Some of these have made for stunning video game monstrosities. Others have been a bit more on the strange, absurd, or silly side. Doesn’t make fighting them any less satisfying. They’re just a bit…odd.

We’ve collected ten of the most bizarre monsters in a series brimming with foes, celebrating the creativity that has made this series (and its lost entries) such a vital piece of horror.

When I imagine a Unicorn, I think of the enchanted horse with a magic horn. Usually standing in some sort of sunlit field. Majestic. Beautiful. What I DON’T imagine is a jacked horse man who carries a book around.

This musclebound mare distracts with its luxurious locks and chiseled features as it uses that book to dredge up harmful runes and blades, making powerful use of whatever it’s reading. Poor Hector may have a hard time focusing on the fight with this striking unicorn man standing before him, one who clearly takes his workout seriously. The series often takes some liberties with mythology to create some memorable foes, and this is just another neat example of how its creators can take something familiar and reshape it into something unforgettable.

P.S. – Castlevania: Curse of Darkness is the pinnacle of what the series should be like in 3D and you should all play it.

Mixing an angel who plagues people with locusts and a well-dressed conductor made for an odd creature. Also, likely something that wiped the floor with you on your first try. Abaddon seems kind of harmless in the first few moments of its boss battle, waving a baton in the air. Then, the rush of locusts comes, following his movements. Likely while chewing your health to pieces.

This insect-like symphony conductor (how did you not make it into Castlevania: Symphony of the Night? Too on-the-nose?) makes for a challenging fight that kills you quickly if you’re careless. Meanwhile, you may not even be able to ruffle its fancy coat as you struggle to get close to it. There’s something about this dapper outfit that gives Abaddon this complete ridiculousness. One that had me completely off-guard when the thing killed me in seconds. A bug in a suit may seem silly, especially one inspired by an angel from the Book of Revelation, but Abaddon is a force to fear in this game.

Skeletons put in a lot of work in the Castlevania series. They’re always out flinging bones, fighting as knights, farming, bartending, and more. Kind of like the poor Foot Soldiers from every Ninja Turtles beat ‘em up, but bonier. At least these motorcycle-riding ones don’t have to walk anywhere.

The Skeleton Biker will try to run poor Reinhardt or Carrie (the vastly better character choice) over during the Skeleton King boss fight. Might shoot at them, too, if they’re the variant with a sidecar and a machine gun-toting skeleton.

This enemy is just…really goofy? I don’t know why this, of all the things that skeletons do throughout Castlevania, seems the weirdest. Is it the driving abilities of the undead? The fact that this game takes place a good thirty to forty years before the motorcycle was invented? I don’t know. I just know I love how completely ridiculous it is to be whipping skeletons on motorcycles.

Kid Dracula is kind of tangential to Castlevania, offering a lighter action platformer that has many nods and ties to the series. It’s also where things go completely off the rails as far as silliness goes. I was torn between choosing Lady Liberty and Gargarin from the Game Boy release of the same name. Does the famous statue really overcome having a real-life Russian cosmonaut as an enemy?

Lady Liberty doesn’t fight you, per se, but rather sticks you on a quiz show with a ghost and a chicken. If you get a question wrong, you get hurt. Get three questions right and you move on to the next area. For me, having you answer questions asked by the Statue of Liberty may be this series at its most absurd, and shows that just about ANYTHING can become a Castlevania foe.

Yes, these things are a terribly common foe throughout the entire franchise, but they’re also one of the strangest. Why does the decapitated head of the medusa get so much mileage in these games? And why are there so many of them?

So, in mythology, a Medusa can turn someone to stone with its gaze. I am not super informed about its myth, so maybe there is something about its decapitated head flying around in old clock towers? Anyway, the wavy pattern this head takes has likely killed more players than Dracula could ever hope to, even if it really doesn’t make a lick of sense as to why it does that. Well, I suppose later on they did start to turn folks to stone, making it even more irritating, but why Medusa Heads were made into a flying monstrosity is beyond me. Especially when Medusa tends to be alive and well, head intact (until you run into her), in a few of these titles.

Given your history of whipping candles through the series, it was only a matter of time before the furniture itself got sick of you and attacked. Do you think Dracula uses scented candles? I always wonder which smell he’d like. Does he strike you as a fresh baked cookies kind of guy?

I was not expecting a table, chair, vase, and flower to lunge at me as I wandered Dracula’s castle. They kind of come in low, too, making them an annoying foe to fight in tight quarters when you’re otherwise occupied. Silly as it is, though, the Ouija Table reminds you that you’re never safe from anything in the world of Castlevania. Maybe some day I’ll fight a monster couch or vicious coat. Wait, I kind of already did.

Considering the frequency with which vampire hunters come and mess up the castle, I’m not entirely surprised the place has a cleaning crew. Can you imagine the smell there? The amount of work that goes into lighting all the candles? At least the maid seems to get better cleaning equipment in later games.

The cleaning staff is pretty darn sick of your troublemaking, though. If you cross the Maid, she’ll leap into a backflip, flinging daggers at you. Then, she’ll start levitating and tossing homing fireballs. In later games, the Maid (called Persephone for mystifying reasons) will also challenge you in unarmed combat. These cleaners rarely mess around, making for challenging foes. So, next time you make a mess, clean it up yourself.

A pile of mechanical junk seems to have a problem with you making your way through the Munitions Factory, pulling industrial trash together to fight. Turns out that you not only have to worry about cleaning staff in the world of Castlevania, but also the messes themselves.

The Gear Steamer isn’t a particularly challenging boss, but the movements of the various pieces throughout the boss fight was pretty visually impressive. It’s also neat to see it adapt as it takes damage, shifting into different forms. Mainly, I can’t forget the thing because it basically embodies the hostility of the series’ many clock towers in a human form. Being able to beat on that as revenge for all of the times I’ve fallen in a pit in a clock tower made for one satisfying encounter. Even if it’s weird that you’re fighting a pile of cogs.

Zacchino is a demon who is SUPPOSED to be dealing with Charlotte and Jonathan, but his heart’s just not in it. Yeah, he’ll try to stab Jonathan, but if Charlotte walks by, he’ll present her with some flowers, professing his love for her. And for any other female character who walks by. And for the Axe Armor. That sexy, sexy Axe Armor.

I kind of get it. Hell has to be kind of lonely, and it’s not like most of the people who go there really want to. On top of that, there’s got to be a bunch of demons who are lousy at their jobs. So, you get a lonely, unmotivated demon who’s just looking for love and put him to work in the world of Castlevania, and then you get some lousy results.

I admit to feeling a tiny bit of guilt when his flowers wilt when you pass him by. Just a little.

The Human Face Tree is basically exactly what you would imagine. It’s a tree that grows human heads. Also, the tree and the heads are all grinning, having a great time. You’re probably not having a great time any more. It drops Apples when you kill it, but I probably wouldn’t eat them.

Thankfully, it’s only in one of the releases of the game. Although it’s also a shame, as this design, which looks like some sort of Disney nightmare, is downright chilling. I’m impressed at how frightening this cheerful tree is to look at. It creates that perfect mixture of bizarre and fearful that makes Castlevania such a wonderful series. 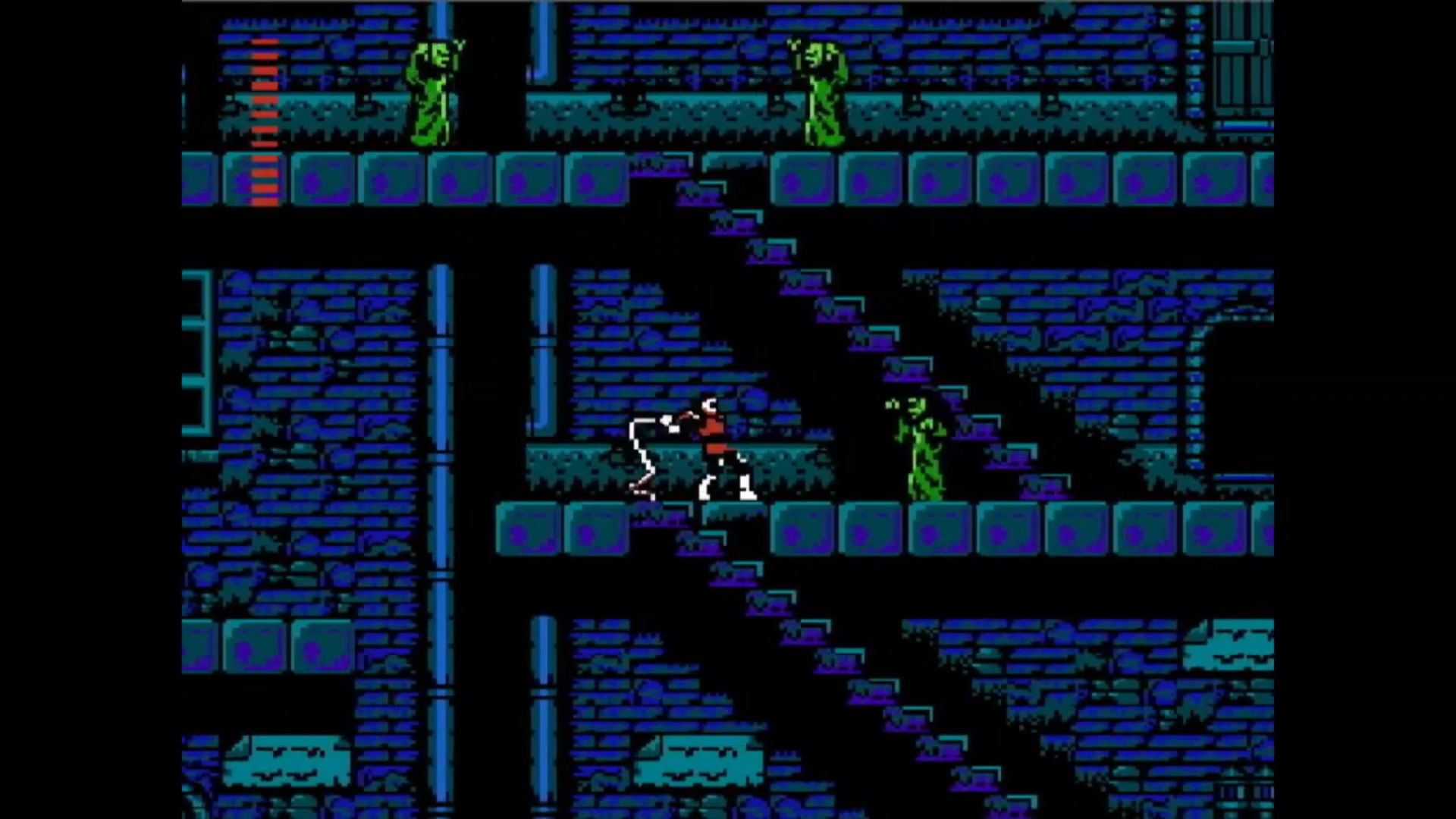 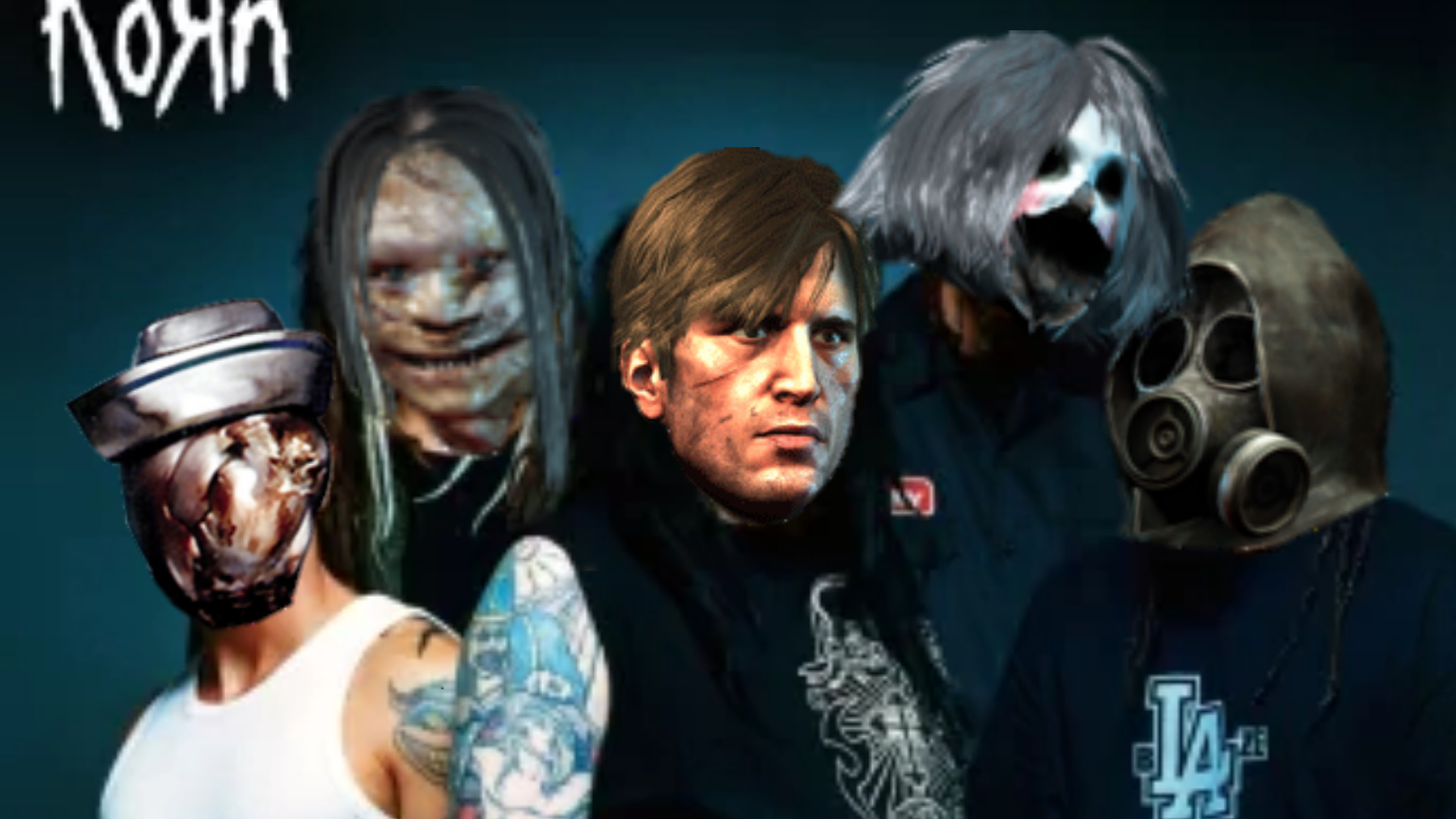