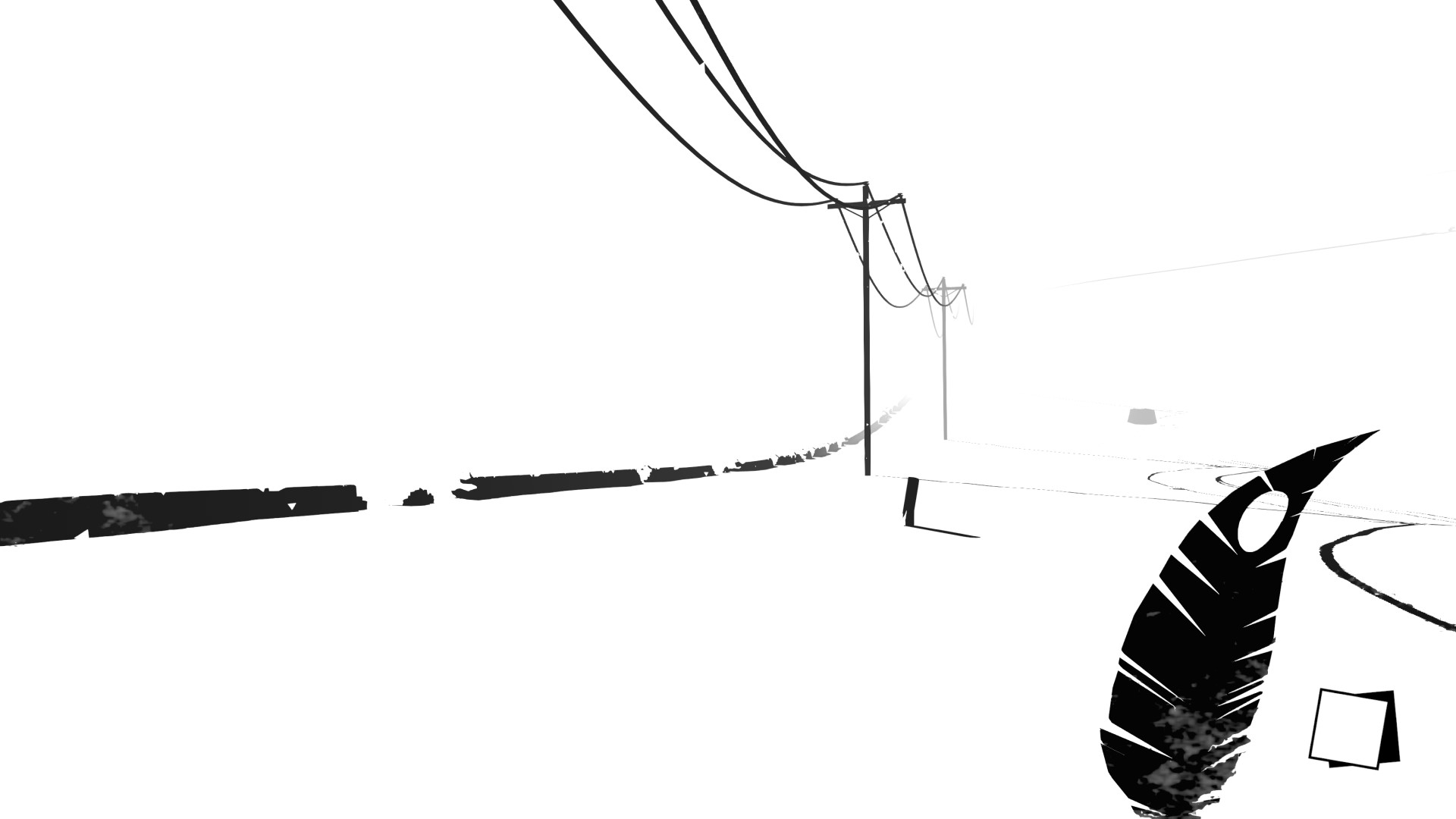 I can’t decide what I should focus on more. The incredible use of a visual style antithetical to most horror games, or the incredible use of storytelling in The Imagined Leviathan. Created for the Haunted PS1 Summer of Screams Jam, this entry is a far cry from any of the other entries, and not simply because it doesn’t actually look like a PS1 game. It’s a horror game, where you play a person trying to survive in a blizzard without freezing to death. But it’s also much much more.

We’re doing these out of order, otherwise it might be confusing. The Imagined Leviathan is a first person survival horror set in a forest. The weather is about as white as a white out can get. To survive you need to stay warm, and that means finding the materials to build a fire. A few sticks, a lighter, some kindling, and of course, a small piece of your mortal soul.

What, you mean you don’t give up some of your soul when making a campfire? Among the resources scattered about in The Imagined Leviathan, you will also occasionally find a set of words. These words, a memory, are as necessary as any other ingredient, and you must sacrifice one each time you want to light a fire. Whatever other memories you have, you may listen to at the fire, with voice narration and some of the words popping up around you. It’s a real Stranger than Fiction style situation, minus the comedy.

One of the reasons I thought the writing in The Imagined Leviathan was so powerful is because it doesn’t actually seem to have anything to do with the situation at hand. The stories you hear are “ecological musings,” which are “fragments of the past world,” according to the game’s description. Each is a brief vignette of an experience that is simultaneously mundane but at the same time a powerful Aesop’s Fables-esque narrative. One good example would be the description of a loved one getting hit by a speeding car, and the shock and devastation that caused the family. But over time, that same family themselves gradually began to speed while they drove again. Story and moral, for some reason during a blizzard.

Why include this as part of a survival horror? This part of The Imagined Leviathan is open to interpretation. The words themselves are an interesting signifier, giving the player a concept that can evoke personal reflection and existential dread. The defeated acceptance of imminent climate catastrophe, or the suppressed knowledge that the very computers luxuries we use every day are made with the blood of the third world. These do seem irrelevant to the problem at hand (hypothermia), but they also build a connection between you and the game, because what they are talking about are unavoidable realities of life. You can’t not use a computer with lithium mined by slaves, because unless you live in the woods like the Unabomber, they’re integral to being part of our modern society. And frankly, that is an infinitely deeper horror than simply freezing to death in the forest.

The Imagined Leviathan looks really good, for one. The minimalist style of black on white is an inversion of the typical silhouette style you’d find in other games, because the black is only one tiny fraction of what you see. This not only gives a greater sense of being snow blind, but it’s also a subversion of what you’d expect in a horror game. Whereas most are too dark to see, this one is too impossibly bright. It’s disorienting unlike any other horror game I’ve played, and it filled me with a unique sense of dread being forced to walk into an all white abyss and hoping for the best.

The other strength of The Imagined Leviathan is the storytelling, and not just because the narrator, Anthony de Fault, has a nice voice. They add an entirely new layer of the game that you put your focus on. You find yourself weaving in and out from the desperation of searching for that last piece of kindling to start the fire, and back again to thinking about the real meaning about what the musing is about. It’s a much smoother method of conveying what the devs want you to think than the typical style of finding an oddly specific diary or a tape recorder where the owner needed to hear themselves giving exposition.

I’m sure the developers of The Imagined Leviathan could have made more if they had additional time. After all, this was a game jam entry. But it also seems like the gameplay loop would get repetitive. There’s not a whole lot of stuff to do, other than finding four different resources in a given area and exploration, and as it stands, the exploration in the current build is not all too deep.

There seems to be two routes to take towards the end, and while both are interesting, the game still feels a little bare. The Imagined Leviathan has the really interesting visual style, but at the same time, I don’t think the devs had enough time to put it to good use. It is a minimalist style, with most of the landscape belonging to infrequent clusters of trees and telephone wires. This makes any other object really stand out. But unfortunately, there just werent that many other things.

The Imagined Leviathan is a minimalist game, and adding in new mechanics would be muddying the experience up. Simply exploring and building a fire is perfectly adequate gameplay. That said, if they wished to expand upon the game (and I really hope they do), they would need to get a lot more creative about those aspects. I don’t think playing hide and seek with wood and kindling would be fun, but more and varied areas that to do so in would be great.

As for the exploration, the most surprising parts of The Imagined Leviathan are when an object stands out. The obvious addition would be to add a bunch of new things. Have the player find some train tracks with a derelict antique locomotive. Maybe have abandoned campsites or even ghost towns. There’s endless possibilities. With each separated by a long stretch of open white, the length of the game grows significantly as well.

The Imagined Leviathan is one of the most novel takes on horror I’ve seen in a long while. So much of it goes against contemporary horror design, and yet it all works perfectly. It’s not often that a horror game excels at gameplay, narrative, and style, but The Imagined Leviathan somehow has somehow hit the mark on all three. Art is supposed to evoke a strong emotional reaction, and to be able to swing the player from questioning their lives to fearing a strange noise they hear in the distance and back again, this game has full control over the feelings of whoever is playing it. That’s something you can’t find often. 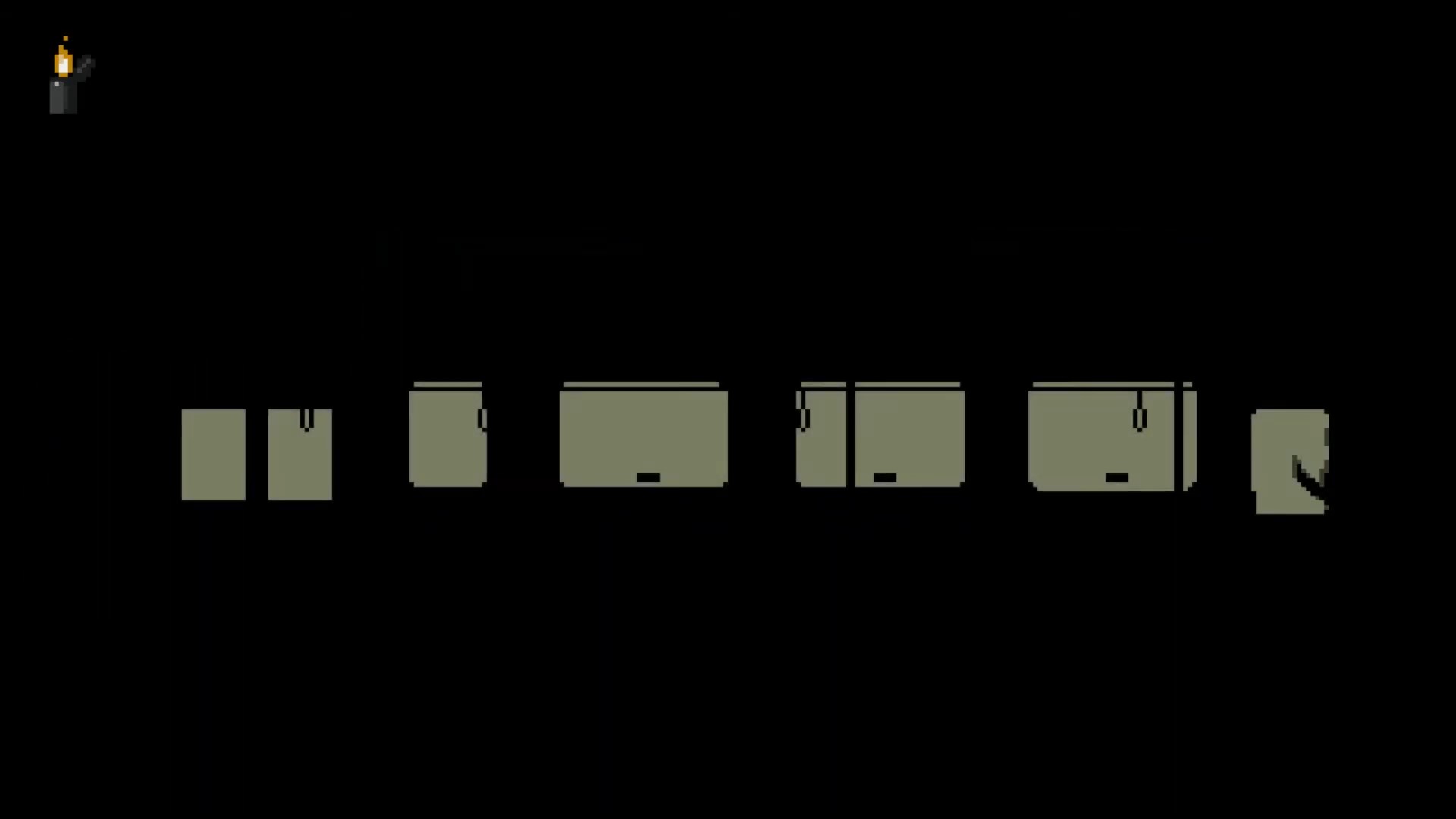 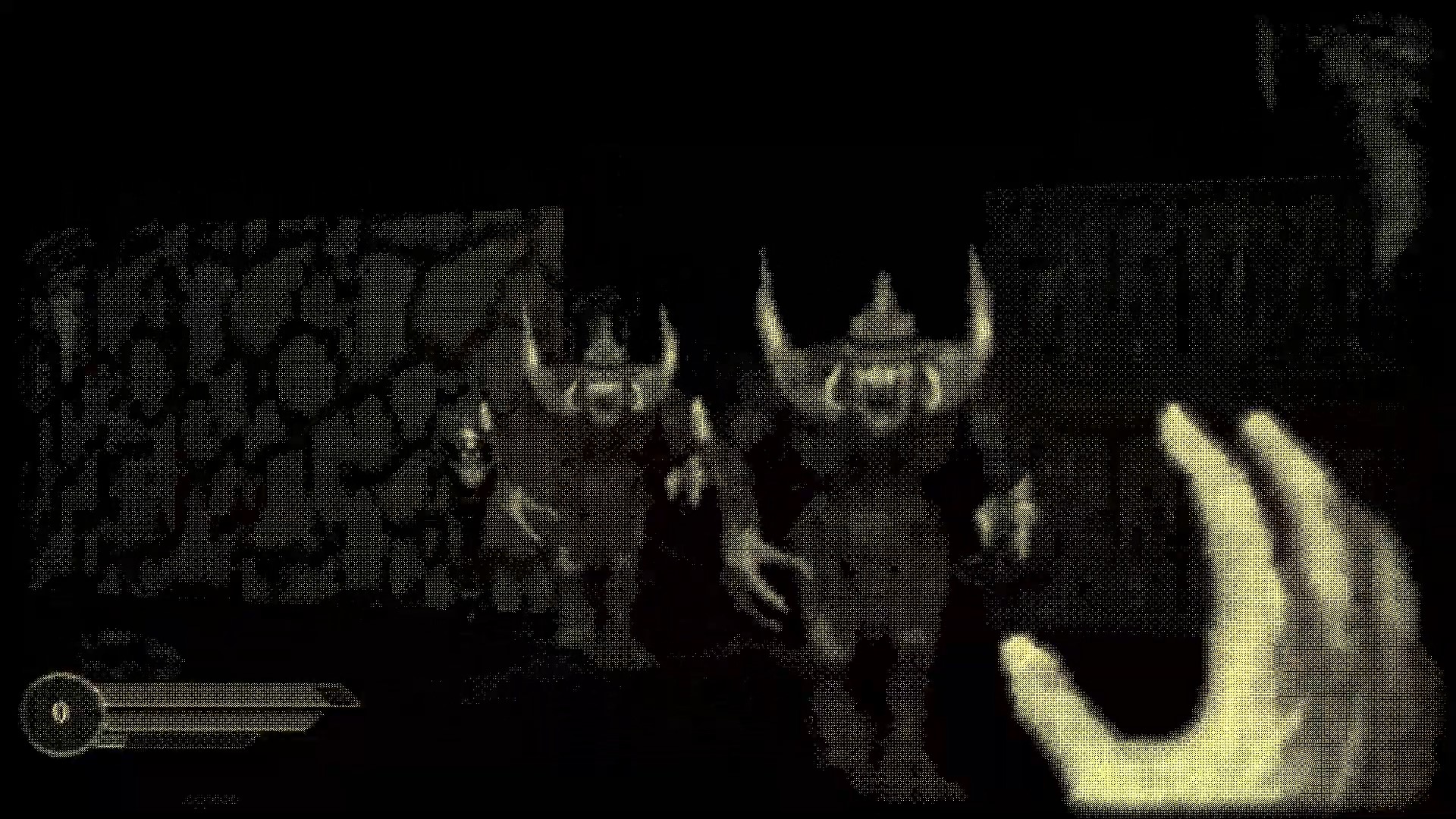 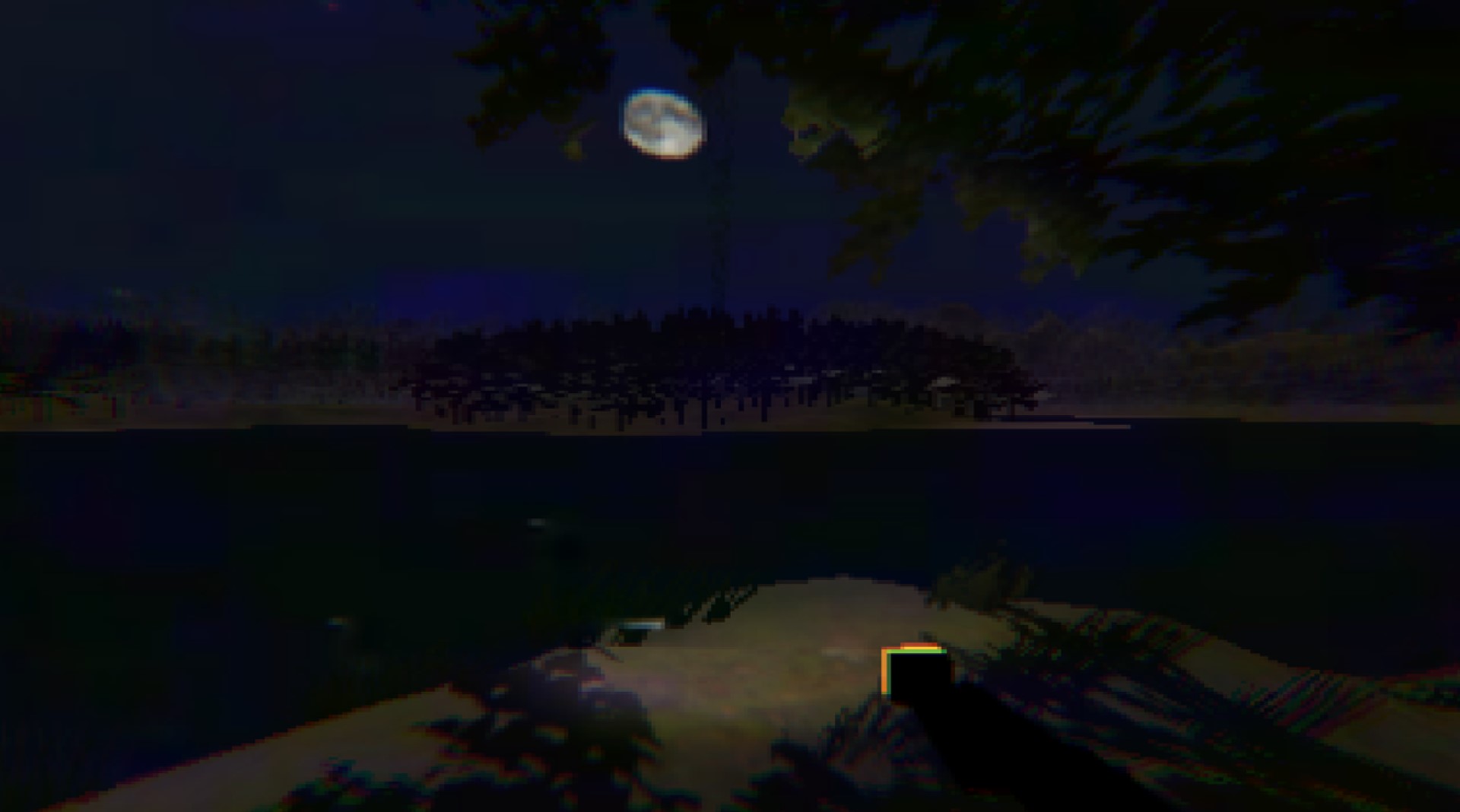 Ultra-Indie Daily Dose: The Lake In The Woods Is No Walk In The Park