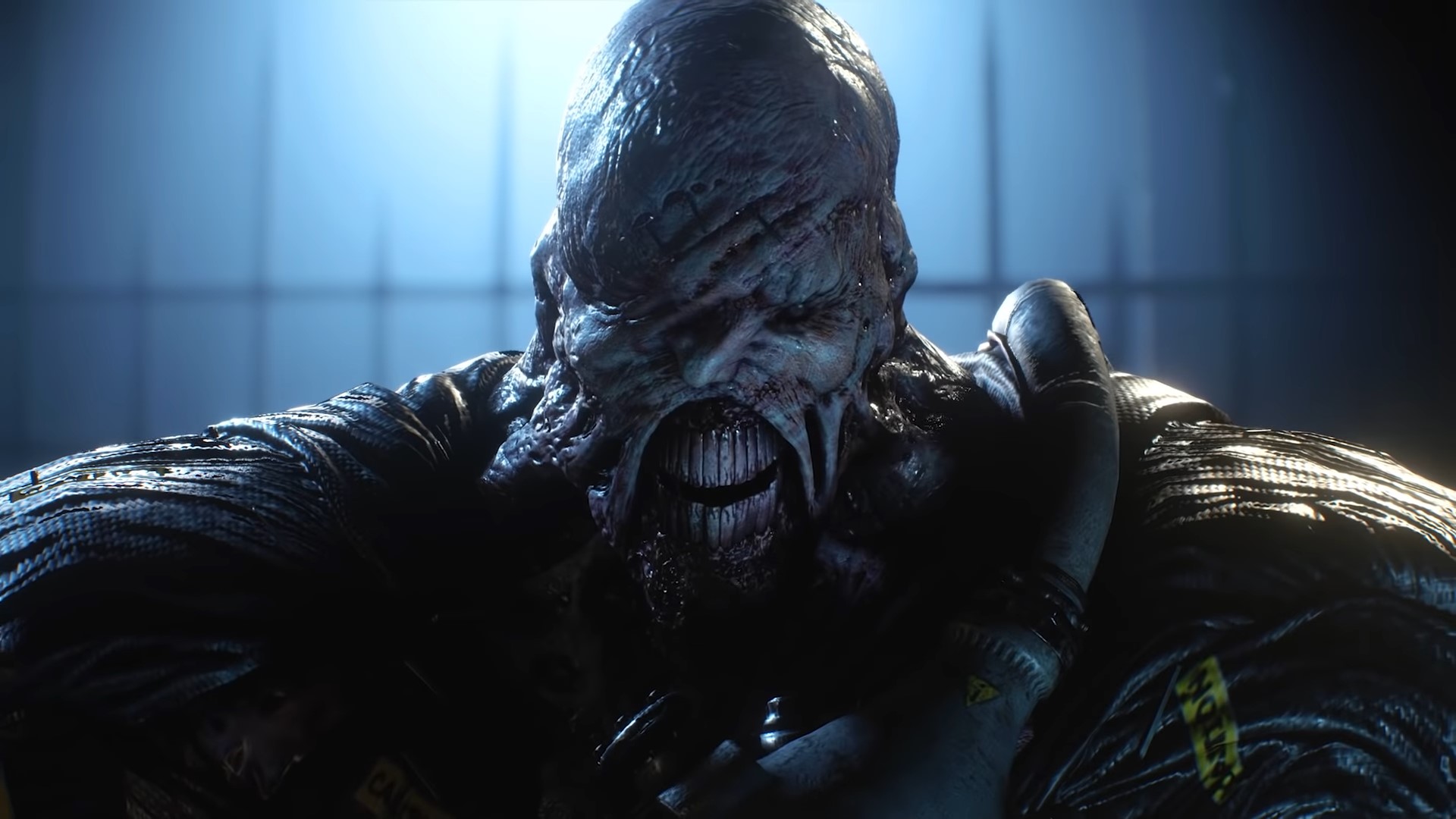 In an article published by Playstation Blog, Resident Evil 3 director Kiyohiko Sakata talked about the connection between the new version Nemesis and Resident Evil 4. In Resident Evil 3 Remake, players noticed that Nemesis had a new power that he was unable to perform in the original.

In addition to his usual rocket launcher and devastating punches, in Remake Nemesis is able to grab a zombie’s head and infect it with an “NE-a” parasite, turning the once oafish zombie into a more formidable enemy. Players immediately noticed the similarities between the parasite-head zombies of Resident Evil 3 Remake and the Ganados of Resident Evil 4. As it turns out, this is intentional.

As Kiyohiko states in the interview:

This was implemented as a means of differentiating Nemesis from Tyrant in Resident Evil 2. We wanted Nemesis to come across as an even more formidable opponent, so we started considering alternate abilities aside from its heavy weapon artillery.

We inevitably decided on this final ability due to the presence of Ganado in Resident Evil 4. Ganado are humanoid enemies that are created through being infected with the Plagas parasite, the original basis for NE-α. When the Plagas activates, it spawns from the neck of its host in the form of a tentacle. NE-α was created to imitate this parasitic quality. We wanted NE-α infected enemies to be visually similar to the Plagas-infected Ganados as a means for fans to piece together how Nemesis fits within the whole Resident Evil franchise. While this was the design and background for Nemesis in this reimagining of Resident Evil 3, we should note that Nemesis was not designed with this in mind in the original Resident Evil 3: Nemesis.

This all but confirms the rumors about a Resident Evil 4 Remake being in the works. The Resident Evil community have speculated for months, but this new interview adds some strong evidence to the discourse. Kiyohiko also discusses the overall timeline that the Umbrella Corporation took in developing Nemesis and the T-Virus.

The Nemesis project was to artificially create a parasite that was discovered in the wild, thus giving birth to NE-α. The idea was to find an appropriate live host that could contain NE-α, which in turn would physically change and transform its host into a bioweapon. However, the reality was no host could contain the power of NE-α, nor was there any means of regulating it. As a result, the project was inevitably put on ice.

In the meantime, the American branch had finished their creation of the Tyrant bioweapon utilizing the T-virus, to the point that they were able to send it into actual field tests. Feeling the pressure, Umbrella Europe decided to utilize Tyrant as a base for creating Nemesis.

It will be interesting to see how this new information fits in with the greater lore of Resident Evil games. While no official release date has been given, the rumor is that Capcom is aiming for a 2022 release for Resident Evil 4 Remake. For more information about Nemesis, as well as Resident Evil Resistance, you can click here to read the full interview.