Things jump out at you, and you scream. This is the normal horror game. Spooky things happen, but they’re pretty explicitly spooky so you know what you’re getting into. What attracted me to Mundaun is that I didn’t quite know what would be scary about it. I got to see a demo of it a while back, and the whole game felt spooky but not in that way horror games typically are. Instead, it was super unsettling, and creepy, like I always felt something was going to go horribly wrong. Does that translate to a well-thought-out experience though?

The first thing I noticed, and that I assume most people will notice, about Mundaun is how it looks. The entire game is made to look like a coffee-stained sketchbook, with many of the textures being hand-drawn. It’s immediately striking, and instantly got me captivated with the game. It’s a unique style that very few other games have pulled off, and I can only hope that more games look at Mundaun and try it. It also helps that the game has style outside of hand-drawn idea. One character, a devil-like figure, has a face that constantly morphs into slightly different variations. He also gives your character a burnt hand, which twists and writhes unnaturally.

Speaking of your character, you play as Curdin, a man who arrives in the valley of Mundaun after hearing that his grandfather died in a fire. He gets there only to discover that things aren’t quite as they seem. His grandfather appears to have been turned into a statue, while the priest is avoiding telling him what happened to his grandfather. Before long he discovers a young girl in danger, a mysterious painter who’s works come to life, and a plot that involves trying to cheat the devil. The latter is always a particularly bad idea.

The entire game has this super surreal tone that manages to fit it perfectly. Curdin doesn’t find events like hay people walking around and trying to kill him, a decapitated goat head talking to him and needing water, and floating beekeepers that can send swarms of bees to murder anyone trying to steal their honey that strange. In fact, he acts like these are normal every day occurrences that he just needs to deal with. It makes the whole world stand out, like there’s both some greater mystery and that I’m looking very deeply into what is a normal day for anyone else.

As for gameplay, Mundaun takes inspirations from several genres, but for the most part it’s an adventure game. You’ll wander around, find items, and use those items to solve puzzles. The world is open, though to stop you from getting lost it’s populated by signposts that point you to most of the major landmarks. Even if you do get lost some, it’s not a huge deal. Exploration is huge in Mundaun and you’re always finding little things all throughout the world that can be super useful. Wood and matches to make coffee? Keys to open doors? Bullets for your rifle? Poking in corners can get you some good supplies from time to time.

You need these supplies to deal with the game’s monsters, of which there are quite a few. While combat is an option, you can find a pitchfork to stab people and a rifle late in the game, it’s really not a great idea. Combat is awkward, clunky, and meant as a last resort. Sure, before the end of the game I had killed a few enemies, but this was never my first choice. Instead, I could sneak around. Or failing that, each enemy has several non-violent ways to deal with them. A great example is the beekeepers. If they see you they’ll launch a swarm of bees at you. You do have the option to fight or outrun them. Another was to smoke your grandfather’s pipe, which put the bees to sleep. You could also find and wear a beekeeper’s outfit, which made you immune to being stung. My favorite option? Finding and stacking rocks, which the bees would confuse for you and attack in your place. Each enemy has several options like this.

Puzzles don’t quite have the same multiple options, but there are quite a few in the game and all of them were rather clever. One required me to enter a house with various meats hanging from hooks and hit them in a specific order, using a hanging man as a reference for this. Another required me to climb down a mountain, hitting up relay stations along the way and spinning kaleidoscopic sign posts to undo a lock. One of my particular favorites had me wandering through an underground bunker, needing to use a lantern to follow shadowy soldiers as they pointed me towards the way I needed to go.

Every now and again you’ll come across a safe zone, and its here where you can rest between tense moments. You can use the time to brew coffee. In one of the mechanics I found particularly amusing, if you found a pack of coffee, then you could combine it in water and light a fire in a stove to make yourself a cup. Through the game you can make coffee, find food, or find rifle training manuals, which will permanently increase your fear resistance, max health, and rifle skills, a rather nice bonus.

However it’s in these moments that I also came across the one element of Mundaun I was a little baffled by. There’s several things left in the game that pretty clearly felt half finished. In the safe houses you could find shelves where the game prompts you to put items, and in the preview I was even told that you could store items in safe houses. However never was I able to actually do so, and by the end of the game every single item fit snugly in my pack, implying they chose to cut this feature. I also found several tables littered around the game world, and in safe houses, that look like they were supposed to be crafting tables. However, they ultimately did nothing, making me wonder if the feature was cut as well.

Honestly though, it’s not a huge deal. Even without these, Mundaun is easily one of my favorite games of the year. The surreal setting and fun gameplay combine into a package that I simply can’t get enough of. Every moment I found myself in this world, I was exploring as much of it as I could in the hopes of uncovering another mystery. Often my hopes were fulfilled. If you enjoy exploration even a little, you owe it to yourself to check out Mundaun. 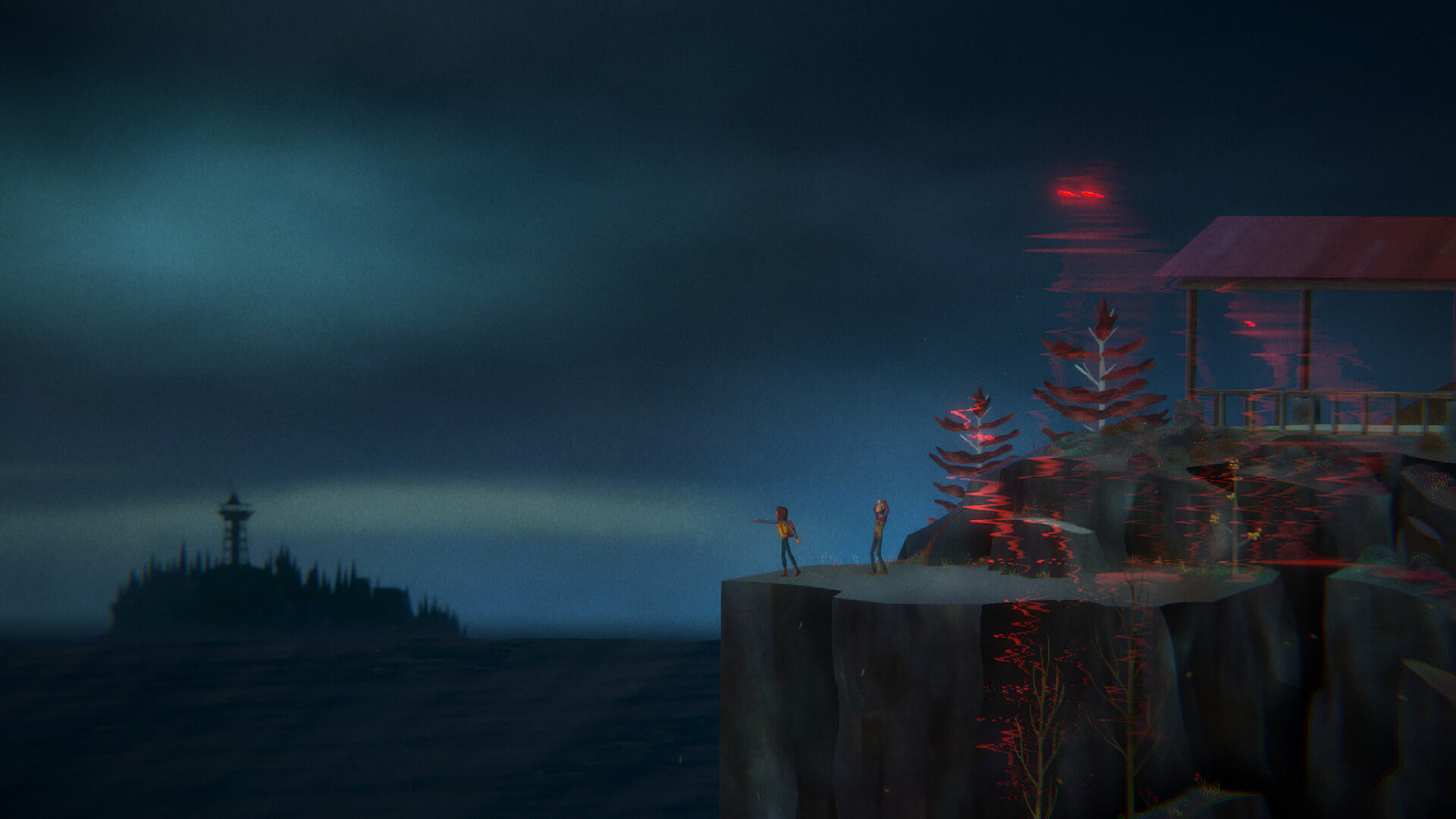 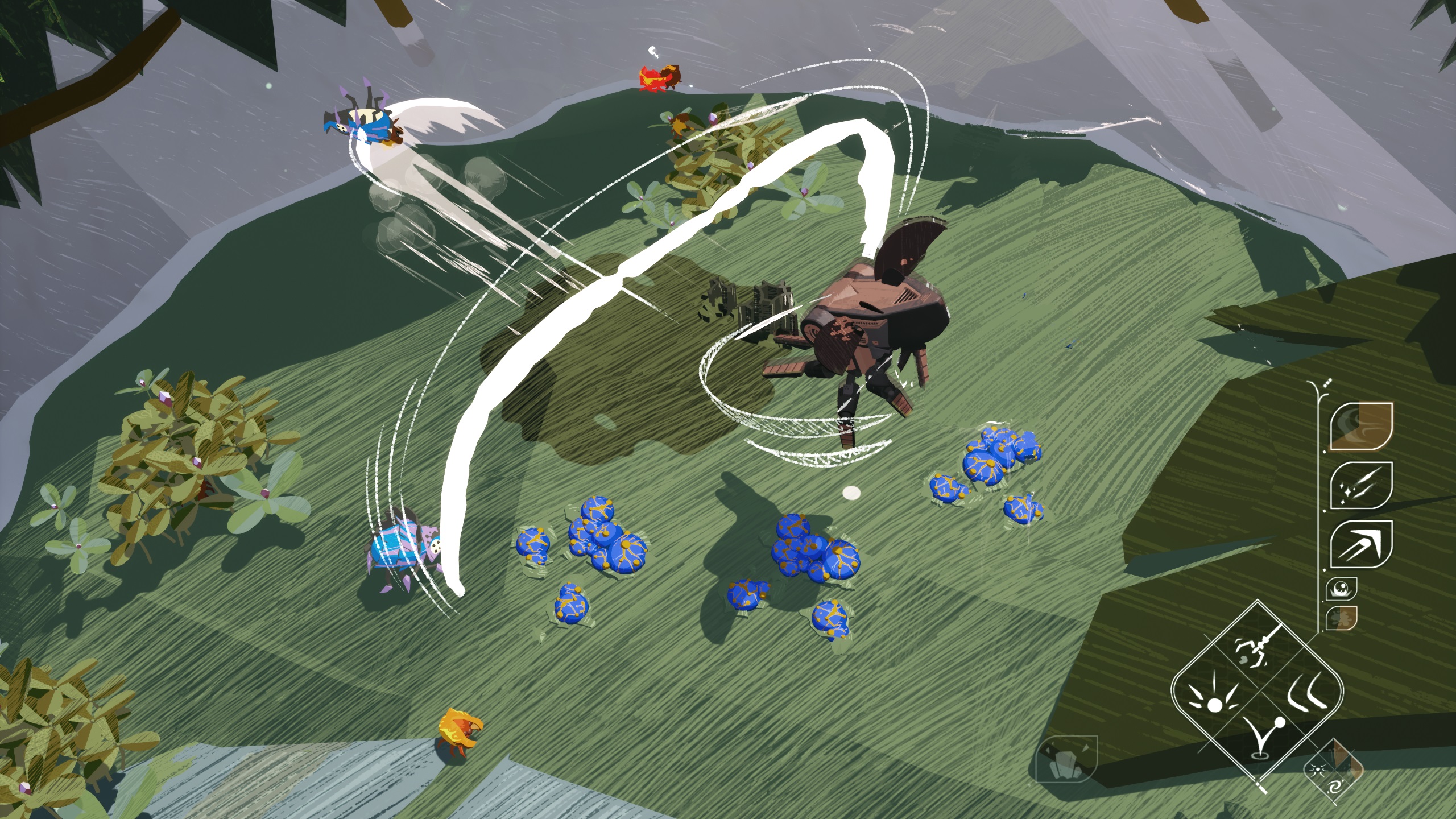