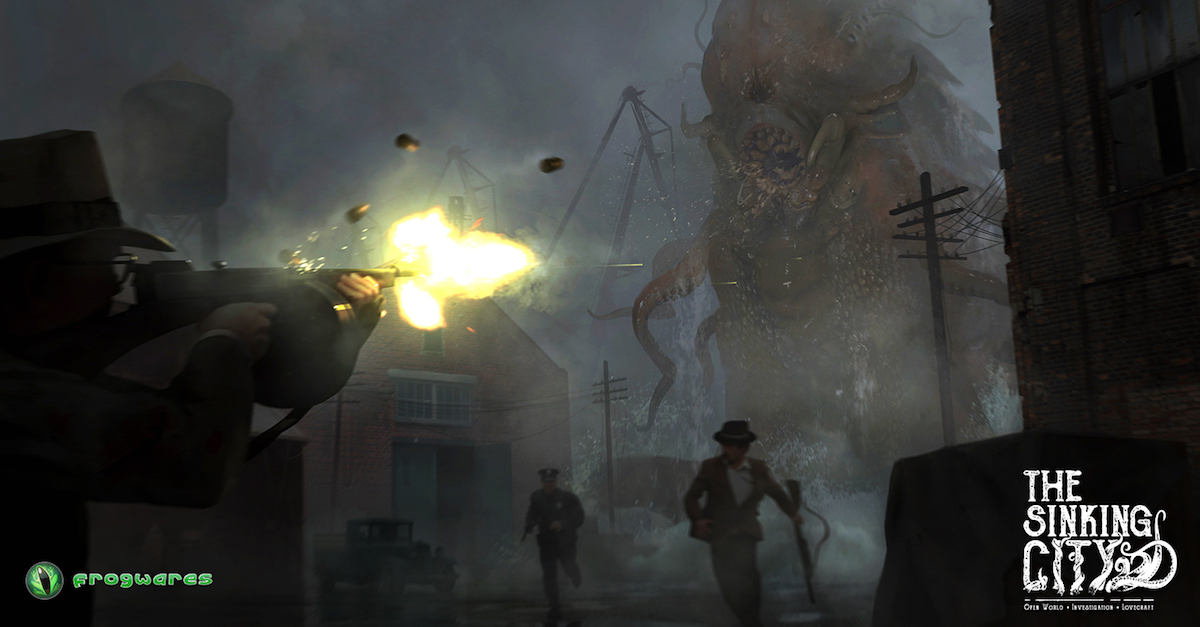 E3 2019 Interview: Sergey Oganesyan Takes Us Into The Depths Of THE SINKING CITY

At this year’s E3, we spent some time with The Sinking City, a game we’ve been covering pretty much religiously for the past couple of years. For those who don’t know what it’s all about, players take on the role of Charles Reed, a private detective who goes to the fictional town of Oakmont, MA, which has been overrun with strange, Lovecraftian creatures after a strange flood several months prior. It’s up to Reed to investigate what’s going on while navigating the political, social, and cultural climate that’s arisen due to the city’s new inhabitants.

At E3, we played through a bit of the game and also spent some time with community manager Sergey Oganesyan. Below is our exclusive interview where we talk about the game, what players can expect, and what’s changed since last year’s E3.

“Tortured by his past and otherworldly visions, Charles W. Reed, a private investigator finds himself in Oakmont, Massachusetts, seeking salvation from the creeping insanity that afflicts him. Once a trade harbor, known for its lucrative smuggling business, Oakmont now lives in secluded isolation from the rest of the world, under a flood of supernatural origins. In this place of decay and superstition; players will have to deal with the dregs of mankind, follow clues they wish they had never found, and unveil a cosmic horror threatening the world itself.“

We recently premiered a few stills that take players into the watery depths of Oakmont and to the strange, mysterious locations within.

The game is currently slated for release on Xbox One, PlayStation 4, and PC through the Epic Game Store on June 27. A Nintendo Switch version will be coming out later this year.