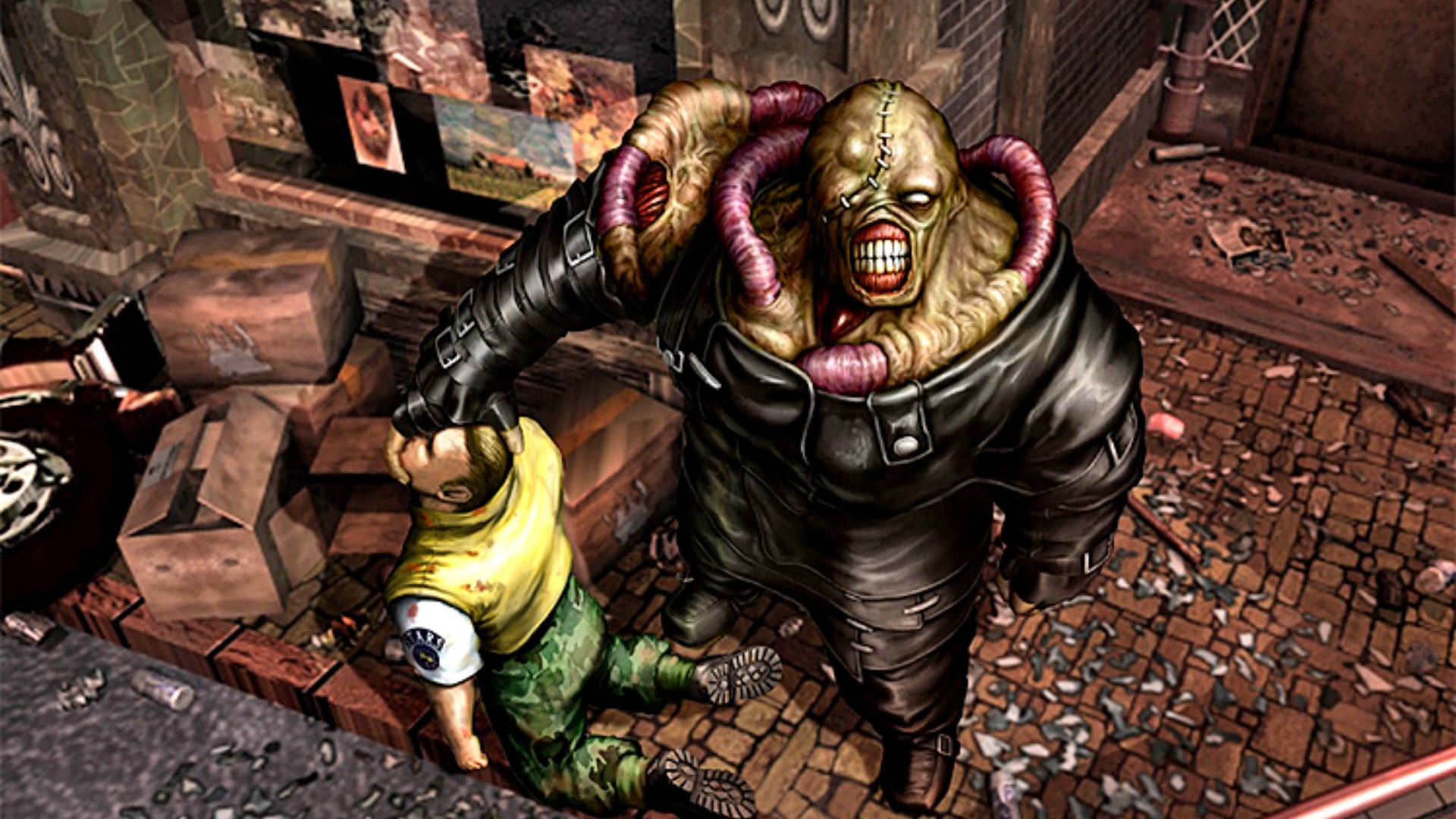 I don’t normally report on leaks. It’s impossible to confirm or deny anything, and most importantly it’s shoddy journalism only good for a few cheap clicks. That being said, a lot of leaks have been right lately. Half-Life: Alyx, Diablo 4, the entire plot of Rise of the Skywalker… good luck not googling that. Even before now, the Resident Evil 2 remake spoiled a remake of Nemesis by making a shit ton of money. So even if this isn’t the box art, chances are we’ll see a new version of Resident Evil 3.

The images come courtesy of that video game leak guy Nibel, who as far as I can tell is an internet elemental that feeds on nothing but hidden data files. The original source is gamstat.com, which is more of a spreadsheet than a website. Basically, the site tracks all sorts of PlayStation statistics. That includes player count, projected players, and most importantly all new files uploaded to the PSN. This is how we get juicy little tidbits like the Resident Evil 3 art.

If you want to see the rest of the images, just click on the tweet and check out Nibel’s contributions to the world of gaming. Where would we be without dedicated fans scouring the feeds for constant new leaks? The images are no longer available on gamstat, so chances are someone got fired over it. If you want to check out the feed yourself and live your dream of becoming a human algorithm, click this link here.

As of yet, there are no official announcements of the Resident Evil 3 Remake. With The Game Awards coming up on December 12th, chances are you will see more about it then. Until then, we can only speculate. What do you think of new caution tape Nemesis? Is Jill’s new outfit all the rage? How does Carlos keep his hair so rediculous? Let me know, dear fans.