If there’s one thing the Amnesia series has always been good at, it’s being straight-up scary. Amnesia: Rebirth doesn’t look like it’s going to break that trend at all. The first gameplay trailer dropped, and it’s as scary as you’d hope.

The trailer starts with a solid action segment, seeing the main character rapidly moving sandbags away from a door so she could escape from a monster chasing her. We only get a brief glimpse at the monster, but it seems like it’s going to be something that will be spending time in your nightmares. After that, we get to see some puzzle solving and general interactions with the environment. Some of it is pretty neat, with the player having to disengage a lock, create a shell, and arm it into a tank to blow open a wall.

However, even deadlier than the tease of a monster is traps. We get to see the main character nearly killed after triggering a crossbow tripwire, which looked like a particularly deadly surprise for anyone not paying attention. Later on, she opens a door only to have a grenade fall out of a corpse’s hand, needing to avoid getting blow up by that as well. These environmental hazards look like they’ll be providing the biggest challenge, and there is a primal fear of just not getting shot by a well-placed crossbow. All told, it looks like Amnesia: Rebirth is hitting all the right notes.

If you’re as excited for Amnesia: Rebirth as I am, the game launches on October 20th for PC and PlayStation 4. You can add it to your wishlist here. 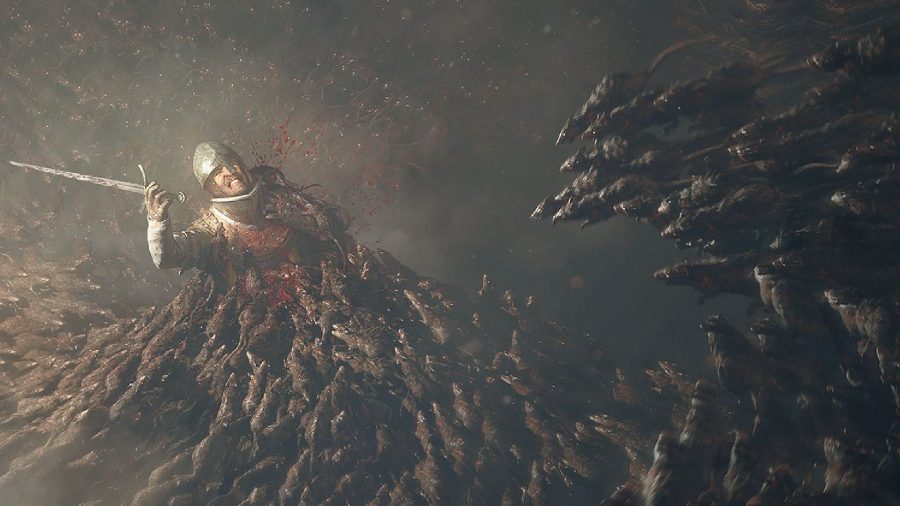