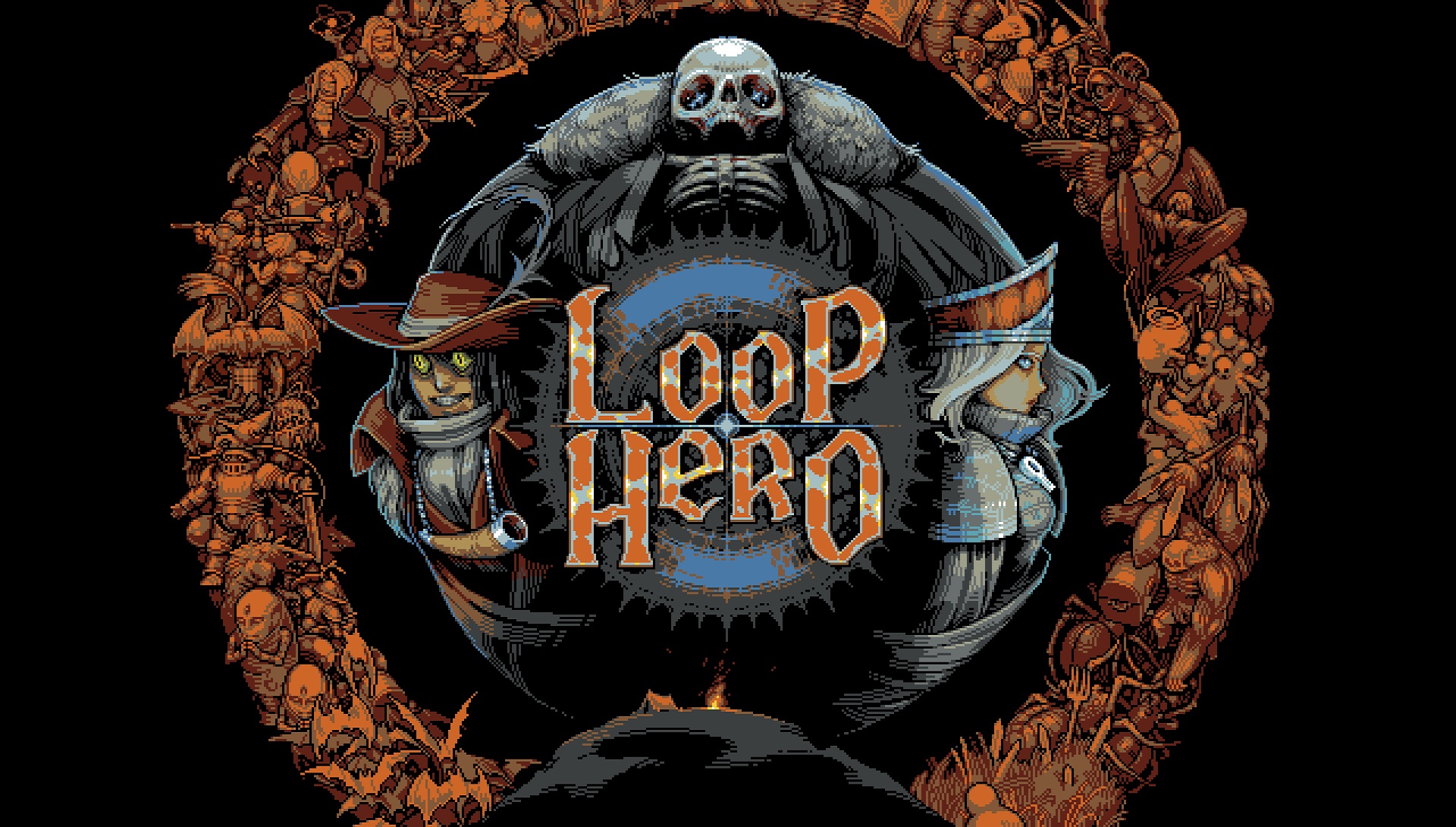 I didn’t know how much I needed a new idle game in my life until I got my hands on Loop Hero. Even better, I didn’t know an idle game could match together horror aesthetics, roguelite gameplay, and deckbuilding in such a fantastic way. When I tried out the game I knew I was immediately hooked. Thankfully, there’s plenty of game here, and Loop Hero will continue to be my obsession for the next few months at least. It’s just that good.

Loop Hero starts off with an unnamed hero trying to, and failing, in stopping the world from being destroyed by a cosmic threat. However he wakes up in a dark place with only a path in front of him. Soon he discovers that his memories reshape the world, both the good and the bad. So sure he’s bringing back villages, but also bandits to raid them. Yes he may grab some forests, but also the undead. It’s an interesting concept, and one I’d love to see explored. Alas, one of my only major issues with Loop Hero comes here. The game has a bad habit of poor grammar and strange word choices. The end result is creating lines that I had to read a few times to figure out what they were trying to say.

Every level starts the same. You’ll start at a campfire and a path will generate. Your character will start to automatically walk the path, and monsters will show up. Eventually they run into the monsters, which starts combat. You don’t directly participate in any of this, but you get to watch your little character punch enemies to death. The whole time there’s a fantastic graphical style that both hearkens back to to classic RPGs while still feeling unique and modern.

If that’s all there was to Loop Hero then there wouldn’t be much to say. However, there’s so much more than that. As you kill monsters you’ll collect equipment, resources, and most importantly, cards. Each card represents a different area that can either be put on or off of the path the hero walks. Most cards do a variety of actions, and a lot of the fun of the game is figuring out how the cards play together. For example, early on two cards I got were mountains and meadows. Mountains increased by max HP by a certain percent and gave me rocks when placed, while meadows awarded me with small amounts of healing at the start of each day and awarded me with food when placed. Simple so far, right?

However both cards have several hidden elements. If you make a 3×3 grid of mountains then you’ll create a mountain peak, which increases your max health even more and gives you a bunch of change (another resource.) However, once you’ve made a mountain peak, every couple of days it’ll spawn a harpy for you to fight. You also can’t place mountains forever, as every 10th mountain creates a goblin camp. As for meadows, if they’re placed next to anything other than another meadow then they’ll become a blooming meadow, healing you more and giving you change as well.

Each card in the game had hidden elements like this. Forests increase attack speed, but if you place too many you’d create a fake village that would clone you. Also if you place any in the path of storm towers they became burnt forests, no longer awarding attack speed but instead giving magic damage. Towns would offer quests, but too many summoned bandits. Placing a vampire manor next to a town destroyed the town and spawned ghouls for three loops, but then the town prospered and gave better rewards after. Blood groves cause enemies to die and be turned into wood at 15% health, but kill too many enemies in one and you’ll summon an absurdly strong flesh golem.

As you do all this killing, you’ll get equipment to deck your hero out. Gear gives different passive boosts to stats, letting you develop your hero in unique ways. One run gave me a necromancer who could consistently summon very powerful skeletons, albeit only able to take a few with him. Another gave me a warrior that had a high retaliation damage and chance to counter, so while he got hit a lot he was always doing damage to people. It was really fun to have to adapt my character based on the drops and see what kind of interesting stuff I’d come up with.

However, like any roguelite, “based on the drops” means quite a bit is going to be determined if the random numbers like you today. One run went amazingly well, with me plowing through all the enemies in my way because I happened to pull several high-leveled high-quality gear from early enemies. Another run I chose to abort a few loops in because around the time I should at least have a mid-level sword the game had still refused to drop a single weapon. Sometimes, RNG is god.

As I killed monsters I got resources, and I could take these back to base to build structures. These structures would give me permanent buffs, unlock new mechanics, give me new classes to play as, unlock more cards for the deck, and even more. This way, every run felt like I was accomplishing something, even if the end result was only making a single mud hut for a person to live in. There’s so many unique mechanics hidden away in the village building that, 20 hours in, I’m still discovering stuff.

Likewise, 20 hours and and I’m still not vaguely bored of Loop Hero. The game is absurdly addictive, and I could lose entire days to just running loops. In fact, that’s my plan. Once I’m done writing I’m going to run some more loops. Even now there’s plenty of mechanics I feel like I haven’t discovered, plenty of secrets waiting for me to find, and ways that I can further optimize my runs while learning more horrifying secrets about the end of the world.