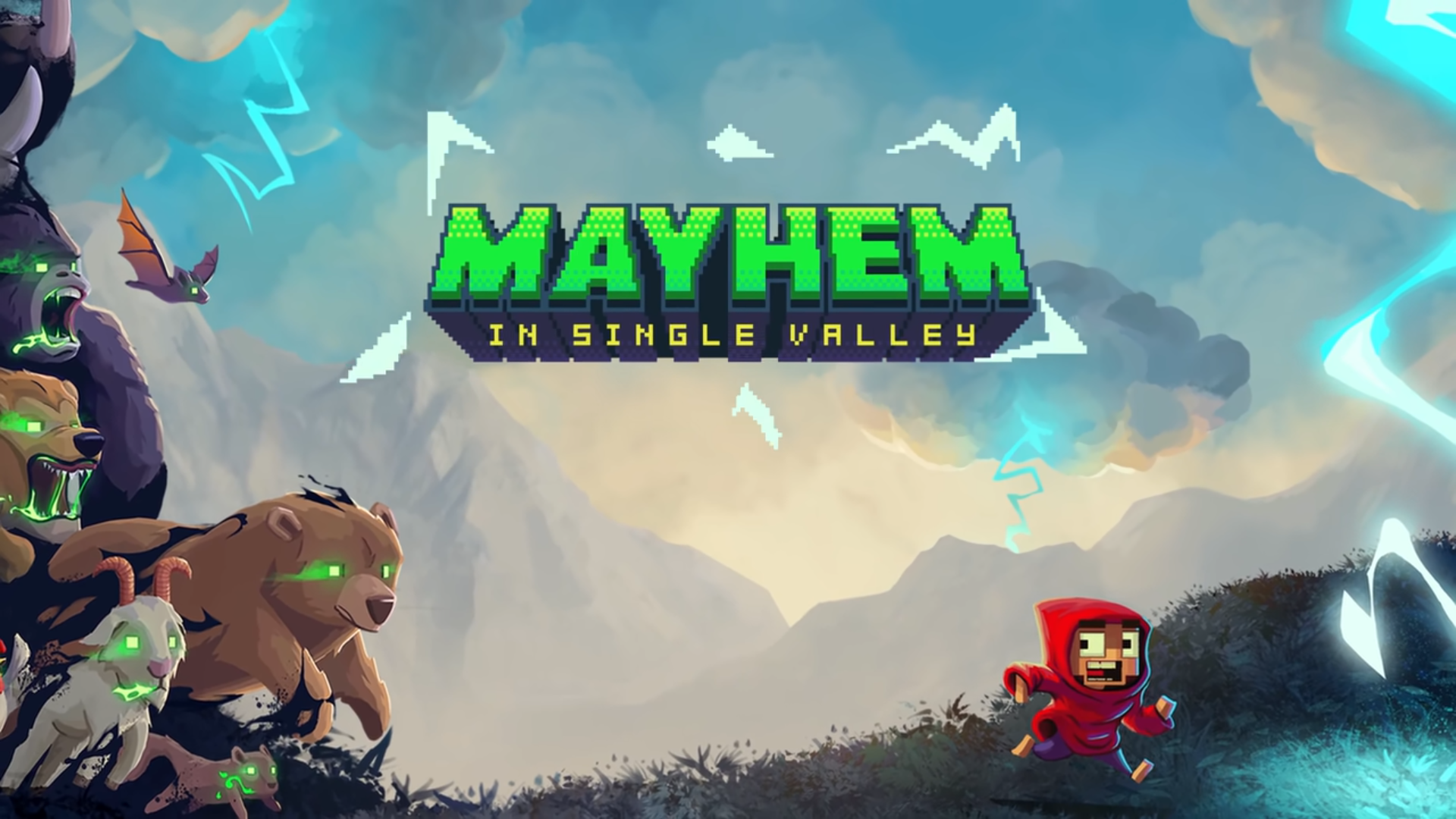 Mayhem in Single Valley Review – Something In The Water

Mayhem in Single Valley is a weird beast. An Isometric, pixel horror game, it’s almost too adorable to be scary. You play as Jack, a college-bound teen in Single Valley. On the day you’re meant to catch a plane to “the city”, you witness a shadowy, red-eyed humanoid dumping chemicals in Single Valley’s water supply. As you watch, the figure notices you, and informs you that he’s going to tell everyone you did it. A passerby sees you as well, and for some reason sides with the hell-being made out of smoke and terror instead of you.

Thus, it’s up to Jack to clear his name, and save the town of Single Valley. The water isn’t the only threat, as the animals that have drank it have become green-eyed violence golems, looking to eat you or maul you to death. You don’t really fight in Mayhem in Single Valley. The game expects you to use your wits to outsmart the transformed denizens of the town. To those ends you’re given a slingshot and some running shoes. Helpfully placed trash cans will willingly provide their lids for you to use as a kind of shield, but it only withstands one hit (later upgradable to 2+).

The slingshot allows you to fire all sorts of things at the monsters in the town, but with a small catch: You don’t actually get it until about 30 minutes or so into the game. In the pre-slingshot times, you’ll have to rely on your good ‘ol throwing arm to get things done. What are you throwing? Well, anything. The transformed people and animals of Single Valley are pretty, well, single-minded. A handful of acorns can be tossed to keep squirrels away, and a hotdog or two might just keep the infected humans at bay.

A great thing about Mayhem in Single Valley is that almost every single item in the game can be moved. With the push of a button, you can push, pull, and reposition items to your advantage. Getting ganged up on by a couple of oozing infected humans? With a few adjustments, a couple of picnic tables become a foolproof barricade. This doesn’t always work, as I often found myself misjudging distances and wedging my barricade materials up against other parts of the world, rendering them useless, and in my way.

As you move through the world, you’ll come across cassette tapes that change the soundtrack of the world. I really liked this. Instead of an instant change when you entered a new area, you’d be listening to forest music until you found the desert music. It’s not too difficult, as the cassettes aren’t hidden or anything. If you think a specific track absolutely bops, you can always change the music via the cassette player in your menu. While you’re in the menu, you can combine items to make more powerful or effective items. Early in the game, you find out that a backwoods survivalists homemade hooch can reverse the effects of the contaminated water if ingested by the infected.

Using some mason jars, you can collect hooch from stashes he’s left around the world. You can then combine the jar of hooch with a food item that you’ve picked up, to create a throwable cure for infection. I really liked to douse cheese in hooch and use it to get the infected rats off my ass. Mayhem in Single Valley is a very puzzle-focused game. When you’re not running for your life, or feeding hooch cheese to rats, you’ll be solving puzzles. There is an absurd amount of hidden collectibles in the game. Tamagotchi-like virtual pets, comic books, sunglasses, dolls, imperfect clones…Wait. What? Yeah, I haven’t gotten to a point in the story where it’s explained, but hidden all over the world are weird, idiot clones of Jack.

They’re often found hanging from ledges, stuck in quicksand, or otherwise trapped in dangerous situations. You can free them, as they’re part of the collectibles list. Like I said, I have no idea why they’re around. I still get a hearty chuckle seeing them in danger though. Overall, I’ve enjoyed my time with Mayhem in Single Valley so far. The story is kept just vague enough that I want to continue on, clear Jack’s name, and find out what the hell is going on. I’d also like an explanation for the idiot clones, if the game’s not too busy. 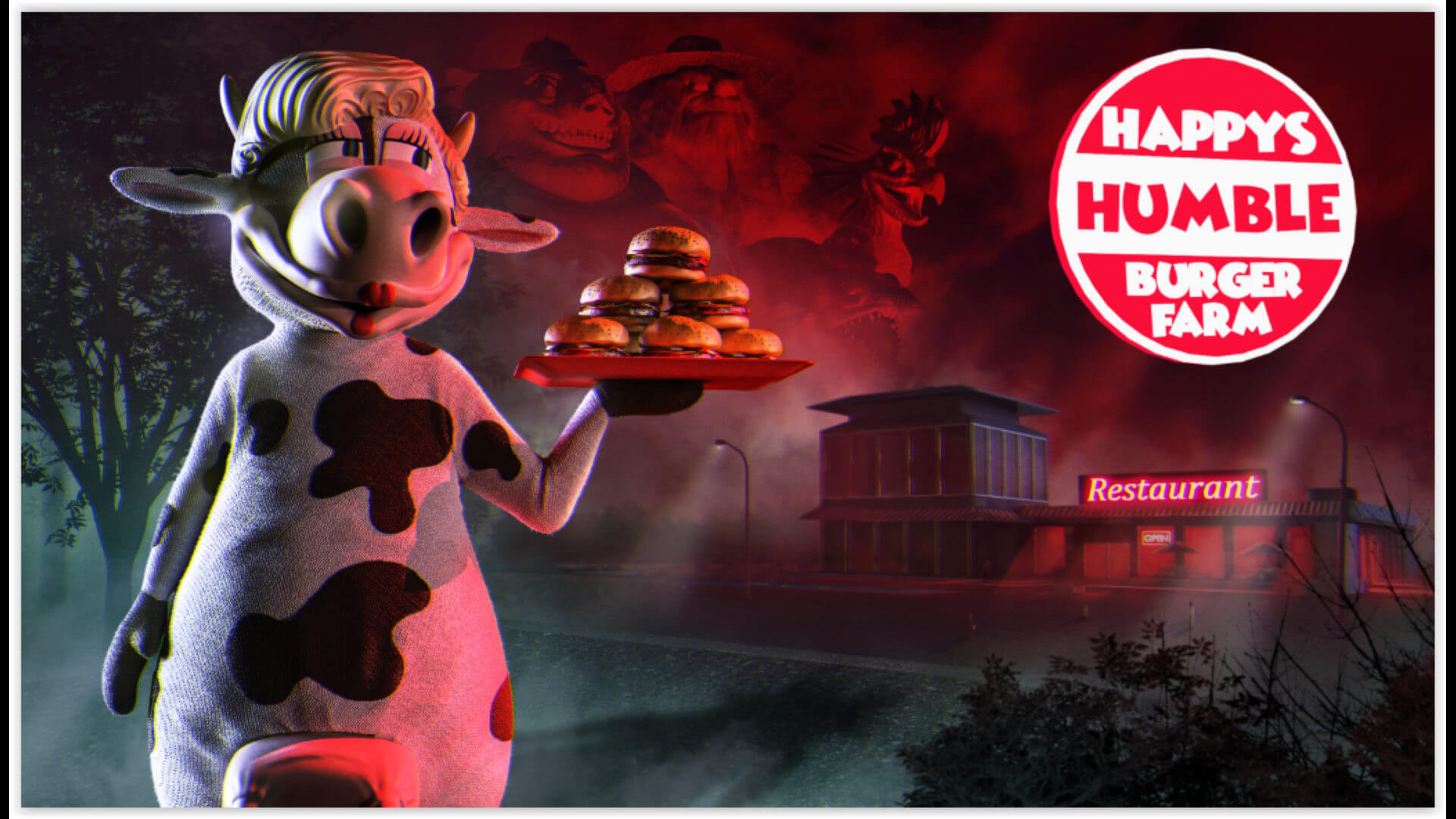