There’s no shortage of 2D Souls-like games. Several a year, if not every month, are announced and released. Generally, these are side scrolling platformers; it’s a lot more complex to convert the Souls formula into a top-down or isometric style. Morbid: The Seven Acolytes has attempted to turn it into both. To my knowledge, there aren’t any other games that have done this, making Morbid one of a kind. And while it certainly is a great game, there are a handful of strange design aspects that, for some players, will be its undoing.

In Morbid: The Seven Acolytes, you play as the last surviving Striver of Dibrom, a clan of warriors that trained for this exact occasion. Your character’s lifelong purpose is to kill these seven acolytes, once people of influence, now the flesh-and-blood hosts to horrible demon gods called Gahars. Like any good Souls game, the story is just for background flavor. The reason you’re here to fight the seven acolytes is because they are there to be fought.

Seven acolytes, and a whole land full of grotesque mutants and monsters. Morbid: The Seven Acolytes self describes as Cronenbergian horrorpunk, which, aesthetic wise, is about as accurate as you can get.The lands of which Morbid takes place are covered in these little flesh nodules that seem to infect any living thing they come in contact with. A whole world covered in whatever the thing from The Thing is made of; no wonder your sanity bar can drop so fast. Suffice to say, the game looks incredible.

It took me a while to get adjusted to it, but the combat for Morbid: The Seven Acolytes actually really captures the Souls combat style well, albeit pretty simplified. It’s difficult but fair. Most weapons feel good, though some move set variety would have been nice. The enemies are balanced and interesting. I especially liked that little evil polyps are all over the place, requiring a bit more care when going for the kill. If you miss and hit the flesh-shroom, a tiny enemy pops out.

While I did enjoy much of the gameplay in Morbid: The Seven Acolytes, I will say that the parrying system could use some adjustment. You can hit the parry button and successfully block an attack, but unless you get the timing right for a perfect parry, the enemy won’t be staggered. Which means that you have to roll away or it will just start wailing on you. At some point I simply stopped going in for the counter attack damage bonus. It just wasn’t worth the risk.

Morbid: The Seven Acolytes unfortunately has some truly baffling choices. Choices that you can tell are stemming off of the Souls formula, but either don’t transition well to 2D, or are not implemented in full. Inventory is a good example. Your inventory is what you get; there’s no magic box you can stash your weapons and supplies in that teleports around. Nor are there shopkeepers who will take extra stuff off your hands. Initially, I thought this was cool. It added to the survival elements of this game.

Except, much like other Souls games, Morbid: The Seven Acolytes suffers from what I call too-many-mushrooms syndrome. One in three enemies drops a consumable item. Either a rune you can use to buff your weapon or a root or jar of magic fungus or something you eat in order to buff yourself. These items are certainly useful once in a while, but only in extremely specific circumstances. In other Souls games, they stack up ad infinitum and largely go ignored because of the bottomless inventory. Not so much in Morbid. Three-fourths of my inventory was always full of mushrooms for every circumstance. But with only four buttons on the D-pad to select—one dedicated to the game’s estus flask object—there were never any instances where I felt the need to use them.

Likewise with the runes. Rather than take your sword to a weaponsmith, in Morbid: The Seven Acolytes, you can socket a rune into the weapons rune-holes. Runes do about what you’d expect. Plus 5% fire damage, 8% bleed, 10% steal health. Usual stuff. There was, however, no way of telling what enemies were weak to what (or even if the buff used was doing any extra damage). And with already limited inventory, you can’t exactly have a sword for every occasion. So I would exclusively use the extra attack speed rune, and the rest were just taking up space.

Now, the above few paragraphs should be taken with a baseball-sized grain of salt. I may be the one at fault here for not adjusting my gamer brain to a new situation well enough. Morbid: The Seven Acolytes puts a low value on all the weapons and consumables. Use a sword til you find something better, then throw it out. Borderlands and Diablo do it, and it works well. But those two games, in lieu of upgrading your weapon, have you upgrade your character. And in that, Morbid: The Seven Acolytes is a bit lacking as well. You can choose a few blessings from various shrines you find around. Certainly convenient, thoughI have not found any that significantly alter gameplay.

Perhaps the most baffling for me is the fast travel. Morbid allows you to travel from shrines, essentially the game’s bonfires. Except you don’t actually travel between them like traditional Souls games; you instead may travel to different entrances to various zones. Granted, most of these zones are near to a shrine. But that means that every teleportation location is right next to another one—on the other side of the zone transition. On its own, this isn’t a big deal. But the culmination of a dozen weird little things like this make Morbid a significantly more, I don’t wanna say less good, but certainly obtuse game to play.

I have mixed feelings about it. There is so much to love about Morbid: The Seven Acolytes. It attempted something impossible: convert a 3D game into an isometric 2D format. For the most part, in spite of a handful of weird design choices, I think it did as well as it possibly could. Morbid retained much of what we love about Souls games while still being a unique experience of its own. 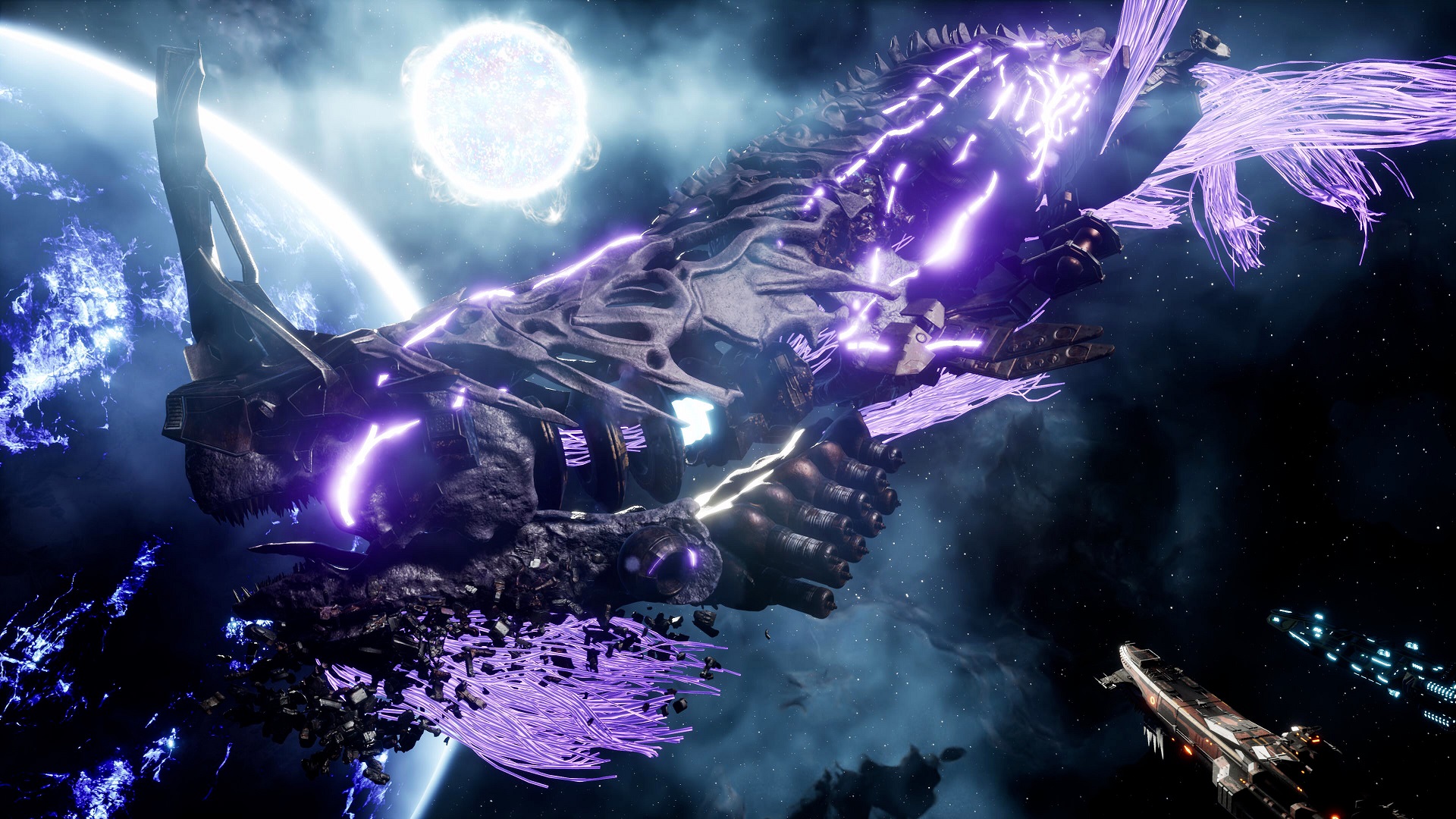 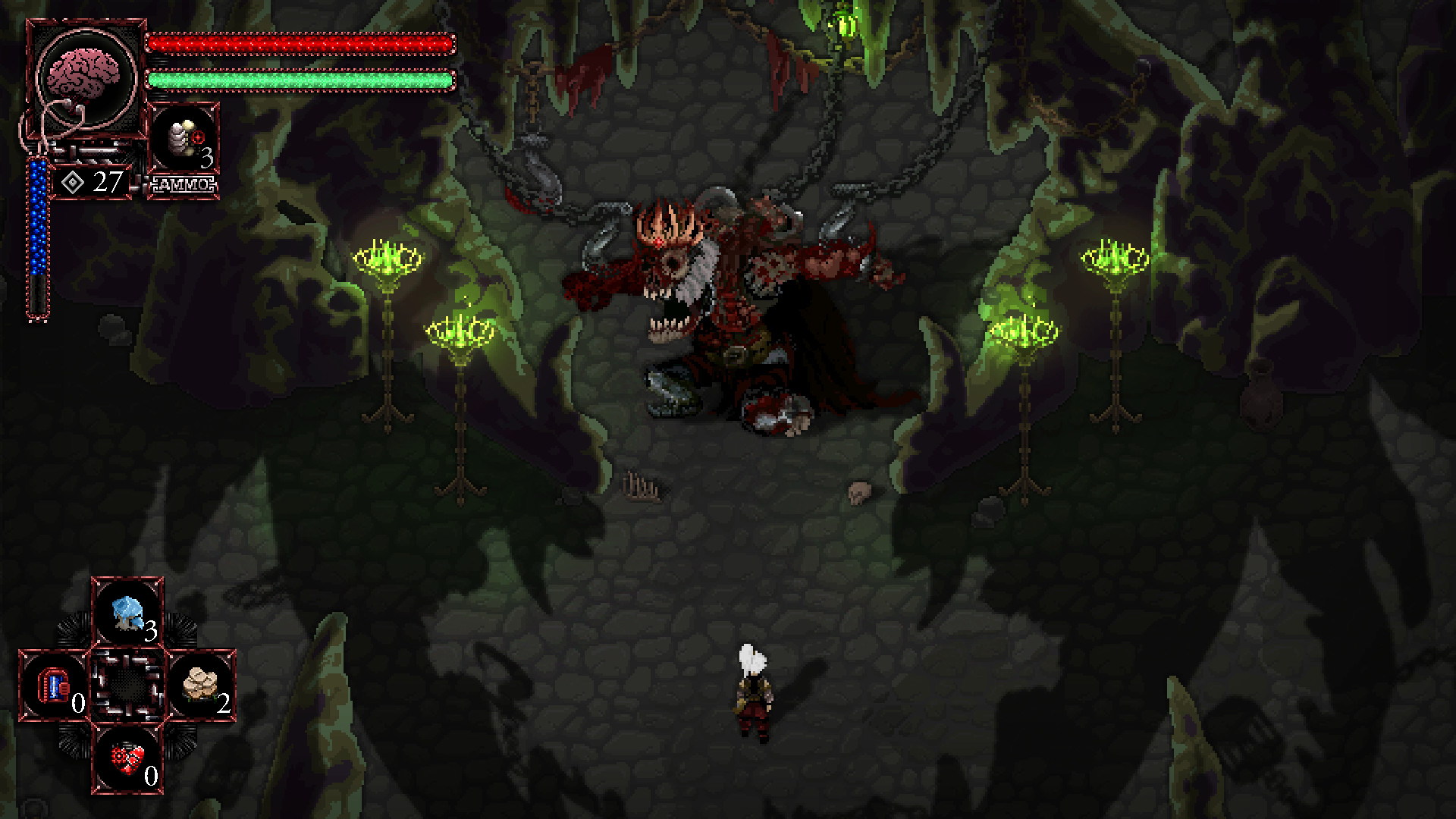 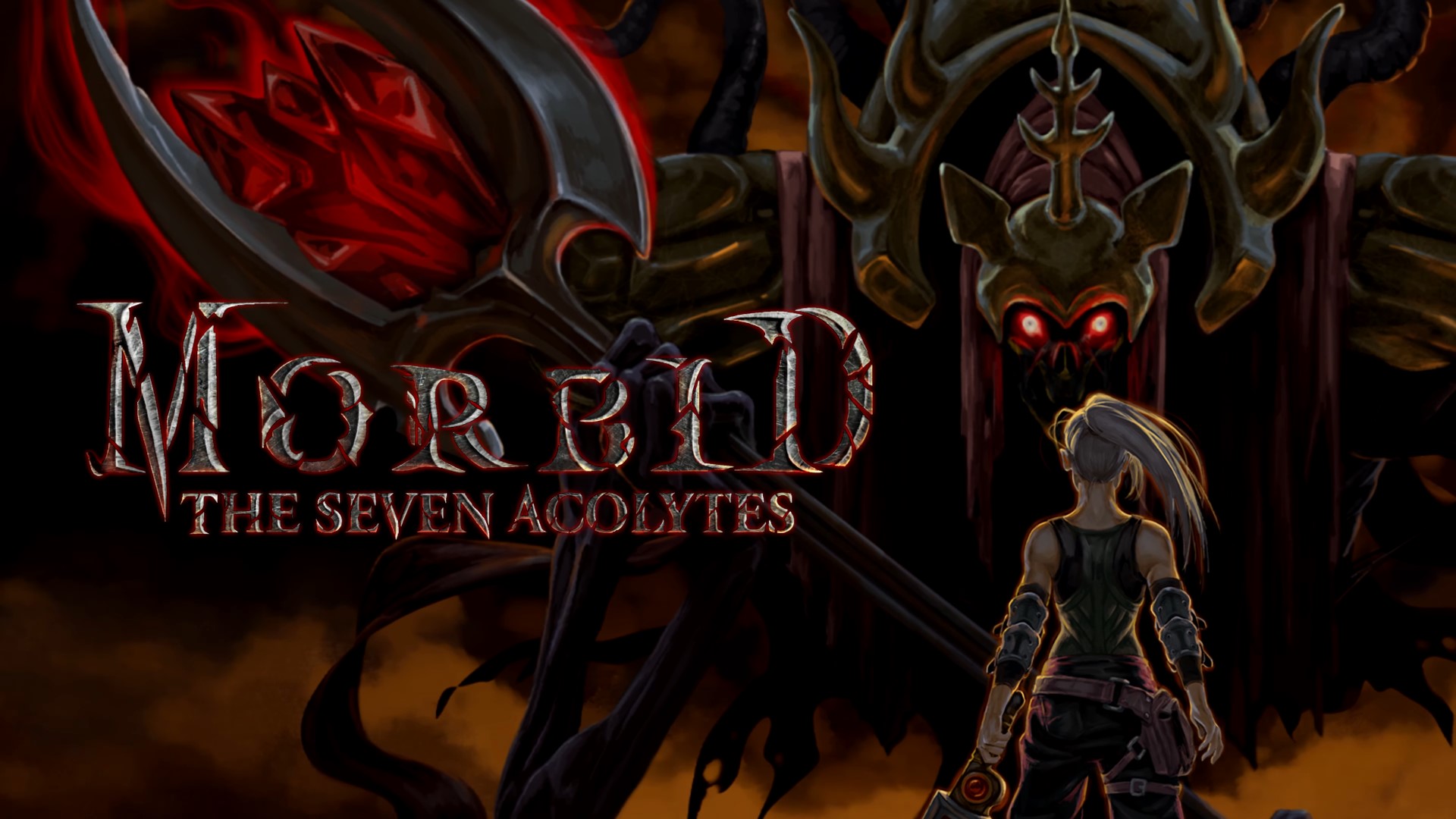 Morbid: The Seven Acolytes Is A Horrorpunk Ode To Bloodborne