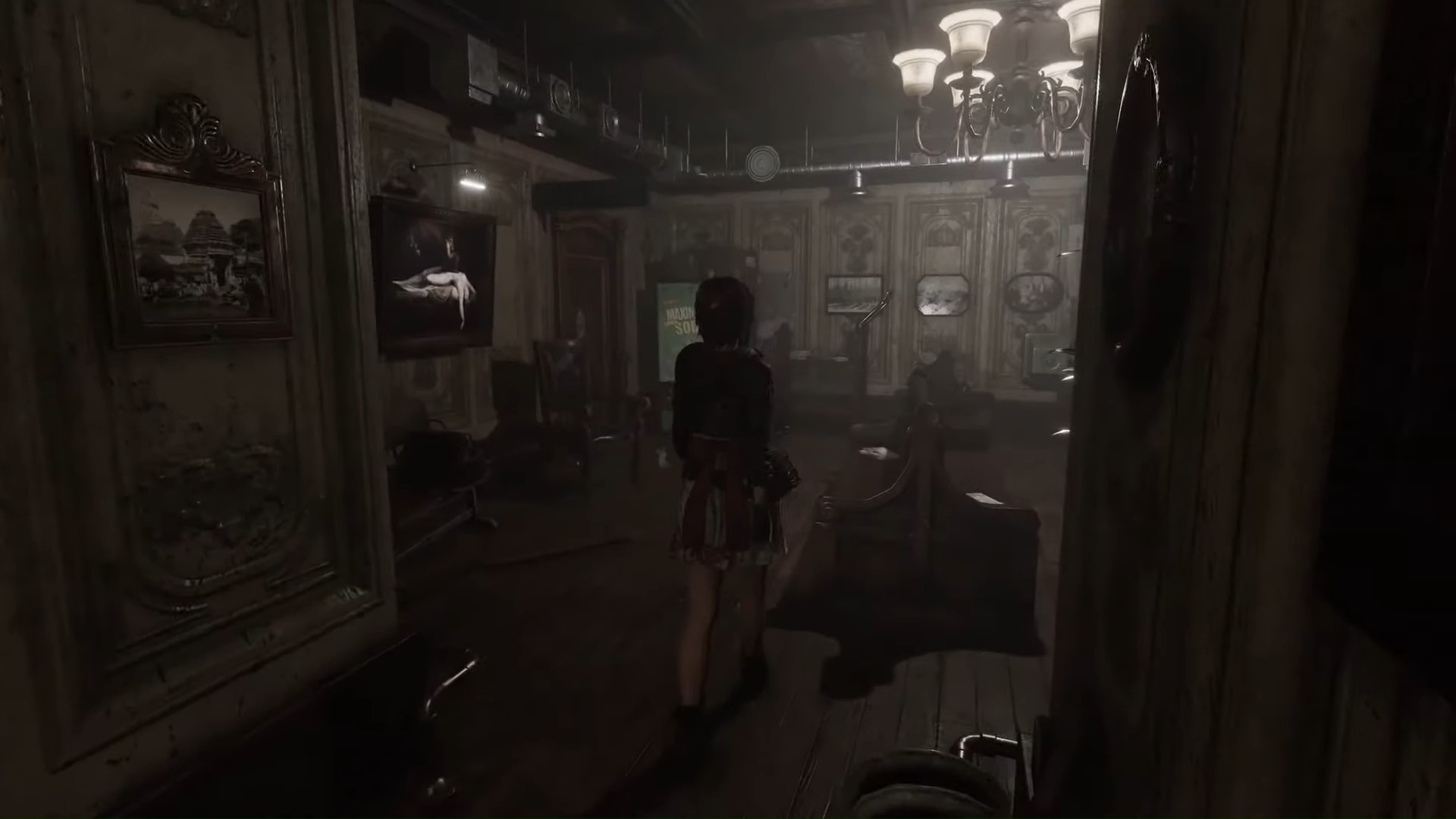 I am by no means a survival horror purist. I love to see the genre shaken up, pulled apart, and reconfigured any way developers want to. Resident Evil 4 switched up the mix for the better, and the new first-person Resident Evil games have done excellent work reshaping the genre again. Things like Dead Space added their own touch, and in general, permutations of the established formula seem to always move in the right direction. The surprising thing about Tormented Souls is how it does not want to engage in complete upheaval, though at times it feels like it might.

Tormented Souls sees you playing as Caroline Walker, a young woman who receives a mysterious envelope from the Wildberger Hospital containing a photo of two young girls. A stabbing headache makes her black out, and she awakens naked, in a tub, in the dingy hospital. I don’t mind nudity in art, or as a way to convey a story beat, but I’m still unclear on why Caroline needed to be naked for this. She rises out of the tub to discover that her eye has been removed. Once again, not sure why you need to be naked for ocular surgery.

After this you begin the game proper and you’ll notice a few things. The developers of Tormented Souls have thrown their back into an old-school experience for Tormented Souls. Tank controls and a static camera slip you into a nostalgic frame of mind. It feels very Resident Evil ReMake and that isn’t a bad thing in the slightest. The environment work on display is beautiful. It gets across that the Wildberger hospital is gross, but also beautiful in it’s own way. The ancient fixtures pull you back to a bygone time where the hospital may have even been luxurious.

I can’t say enough good things about the aesthetic of this game. Caroline as a character has shades of Jill Valentine in Resident Evil 3; a woman clearly not dressed for the demanding situation at hand. She doesn’t care though, and that’s kind of what makes it badass. You start out unarmed, but through some exploration find a modified nail gun that is going to be your best friend for awhile. There is combat in Tormented Souls, and it is HARD. More than one enemy at a time can be taxing to juggle, and the absolutely punishing save system got me more than a few times.

Tormented Souls isn’t looking to hold your hand. In fact, in many respects, it smacks your hand away for having the gall to ask for help. Instead of ink ribbons for a typewriter, you’ll be finding spools for an old reel-to-reel recorder. They’re not difficult to find, but hoo boy is it difficult to remember to save. I’ve talked about games being hard before, but in this case, the issue is entirely related to my habits. I’ve gotten accustomed to games saving for me. That’s their job. Tormented Souls doesn’t care. You’d better save or lose your progress. I very often lost my progress.

I haven’t really touched on the story because I don’t really want to. It’s well-written and mysterious, keeping you guessing as you move from the hospital to the Mausoleum, to a host of other interesting areas within the greater Wildberger metro area. In a lot of way, the game feels like a throwback. It wants to be old school Resident Evil without taking out the parts that are outdated. The graphics are pretty, but the gameplay feels like a few updates were needed to make it perfect. It does a lot of things right, but you’ll have to overlook some wrong things to get to them. In a way, it feels like an upheaval in the wrong direction, but done hesitantly, as if the tried-and-true spectre of Resident Evil was watching over development.

Is the game bad? No! Of course not! It’s just niche. It’s for a certain kind of player. The person who wants that feeling back from the original Resident Evil trilogy. The ones who scoff at the notion of an over-the-shoulder camera in a survival horror game. The people that want “survival” to actually play a part in a survival horror situation. It’s made for the purists, of which I am not. For the non-purists, it’s an interesting experiment. What if Resident Evil 4 never happened like it did? We’d probably be seeing things like Tormented Souls: a slightly modernized take on the old-school formula.

I keep referencing Resident Evil and for good reason: Tormented Souls very much wants to conjure visions of Resident Evils passed in your mind. To that end, it succeeds spectacularly. The only downside of this approach is that it will be endlessly compared to that series. It’s inescapable if you play this game. It is very clearly a Resident Evil tribute. That does not make it bad. You should just know what you’re getting into when you buy Tormented Souls. I really like the monster design, though. The miscreations of the medical field will walk, stagger, and drag themselves towards you and they look excellent. The combat is, well, Resident Evil combat. You have to stop, aim, and shoot. There’s no running and gunning here.

All in all, I think that Tormented Souls is a step back in a good way. It refuses to revolutionize the survival horror scene, and instead feels comfortable staying back in 1996, where it’s inspirations live. I think occasionally we’d all like to go back to 1996. It’s not going to change the landscape of the survival horror genre, but it is a worthy addition to the pantheon. 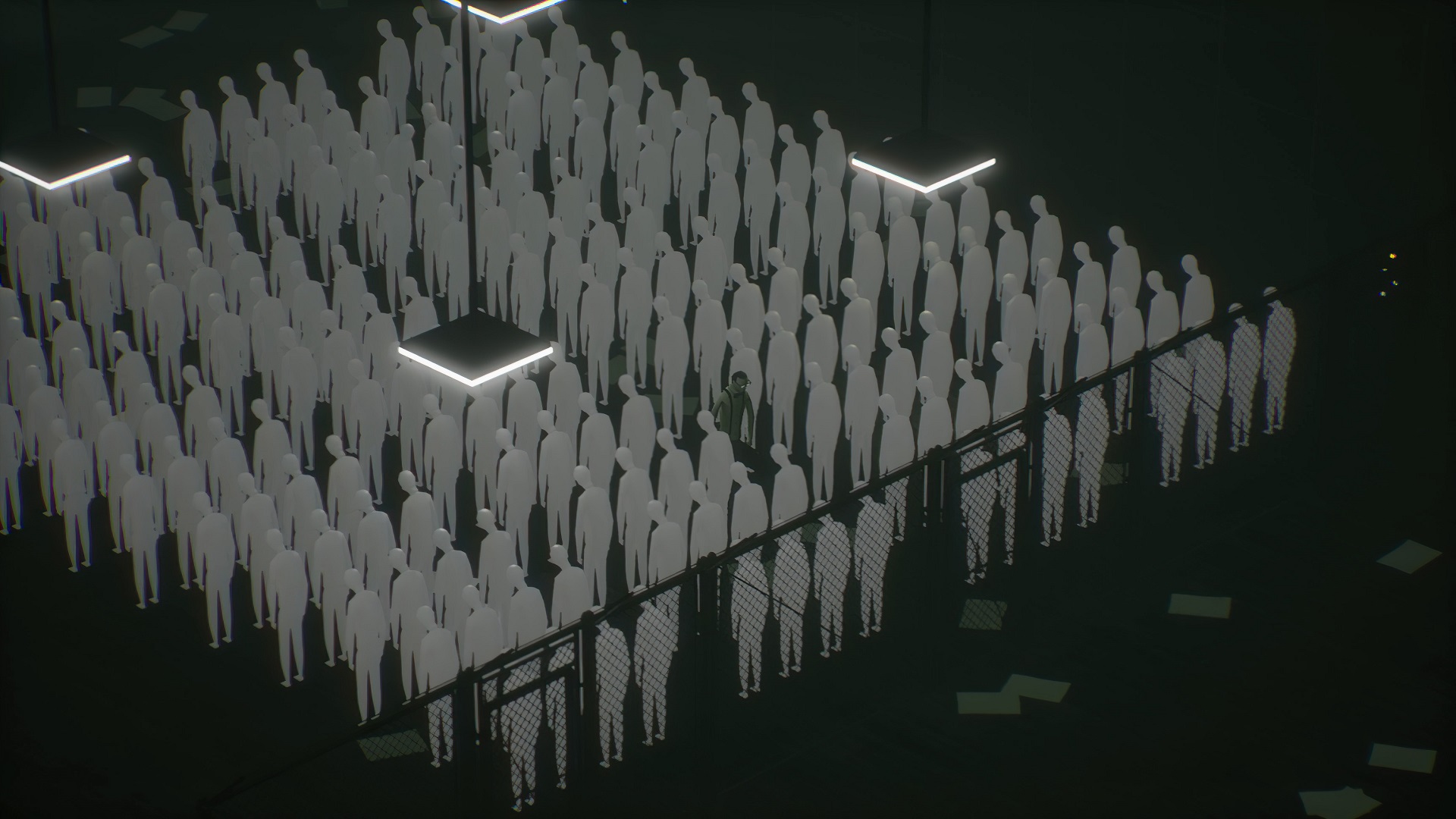 The Plane Effect Challenges You to Simply Get Home From Work