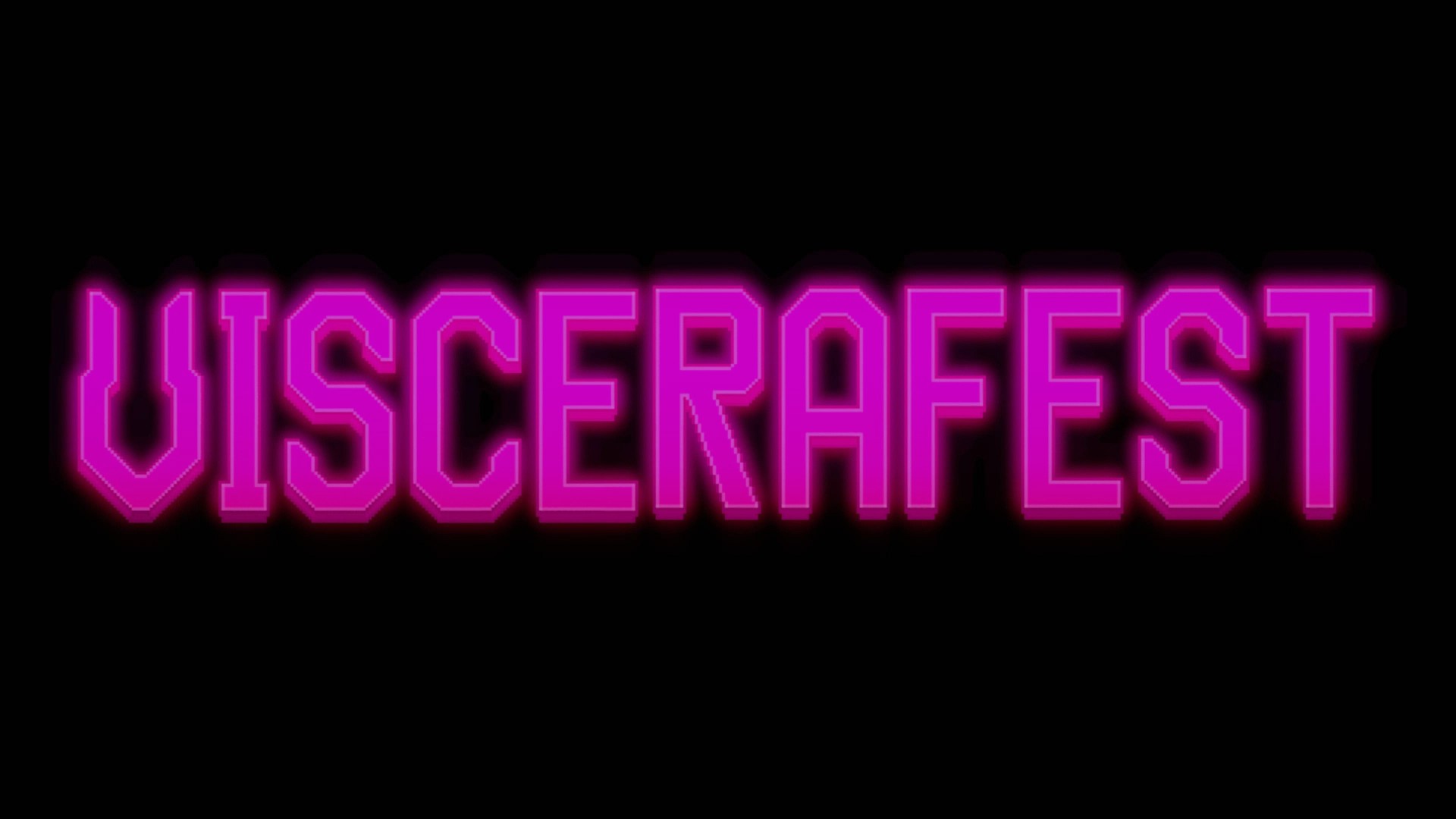 After playing Fish Person Shooter, I realized I needed more old-school shooter genius. Where better to start on this quest than Viscerafest? Viscerafest is a run-and-gun, explosion-filled, alien-punch bag of fun. You play as Caroline. It is the year 3796. You want to buy an engagement ring for your boyfriend. It’s a story as old as time. Caroline is flat broke though. The only real answer to this conundrum is to take on a bounty for one of the most dangerous aliens in the universe.

You have to get that money. Getting that dough is really the only driving force behind the absolutely horrible things you’re about to do to countless aliens. I would say it’s the standard shooter affair, but saying that cheapens the experience. Sure, the game plays like a lot of games you’ve played before. This is not a detriment at all. Viscerafest does some different things with it’s old-school trappings, and that’s what sets it apart. In most games of this type, you’d be blasting foes away with an assortment of weapons. You will do that – oh how you’ll do that- but Viscerafest handles it somewhat differently.

Ammo is not guaranteed in Viscerafest. I actually found myself lacking ammo a few times. In a game like this, you would normally never run out of ammo. It would be everywhere. Enemies out vomit up ammo if you looked at them wrong. This is really where things get interesting. Caroline hits like a truck. A quick tap will see her throwing a single punch. Hold down the attack button and she’ll charge up with the sound of rubber stretching. She is quite elastic. Unleashing this punch will absolutely decimate most enemies. You can throw a 3 punch combo that almost guarantees imminent death.

Moving through the levels, you’ll find skullies, which is the game’s form of currency. Upgrading using these skullies is not yet implemented, but we’ll get to that. I really dig the save system in Viscerafest. You’ll pick up beacons that you can drop anywhere to set a checkpoint. If you fail to lay down a beacon and die, well, you’ll have to start the level all over again. This can feel punishing, but I understand why it’s there. The game wants you to be in charge of checkpoints. It’s a responsibility heaped on you. You must remember to save, or all is lost.

The art style is a fun, cartoon-y, pixelated delight. A lot of care has gone into the design of the world and it shows. Levels are expansive and arena-filled without feeling generic. In true FPS fashion there are secret areas absolutely everywhere in Viscerafest. The game seems to be perfectly happy giving away secret areas that require very little effort. Jump behind a crate and find a gun? That’s a secret. It’s all very fast and loose. It does create a situation where instead of secret hunting becoming a slog, it actually becomes fun. I was always happy to find a new gun or bit of ammo in a weird hiding spot.

The music is solid. It’s nothing ground breaking. It sets the mood of the areas you’re in without being overwhelming. It’s no DOOM 2016, and that’s okay. The music isn’t what you’re there for. You’re there to do violence to aliens to make that good money. Story-wise, Viscerafest keeps it simple. As mentioned above, you’re trying to hunt down a dangerous alien for money. This money will be used to buy an engagement ring. While appearing straightforward at first, Viscerafest‘s story goes places. I don’t want to spoil anything, but Caroline’s mission and her backstory start to interweave in…very strange ways.

Currently, Viscerafest contains only one chapter. There is a hub where you can choose chapters, but it’s not yet populated. Down the line, the devs are going to add a place to upgrade and use all the secret stuff you found in the levels. It’s early access, so that functionality is just not there yet. For what you get, it’s an excellent good time. 7 levels, each fairly unique and fun. At one point, the game even veers wildly into Lovecraftian cosmic horror. Just because you’ve played games like Viscerafest before, does not mean you’ve played Viscerafest. It has a certain reverence for what came before. It takes this knowledge and wisdom, and makes the best of what it knows. If you dig a shooter, Viscerafest will not let you down. 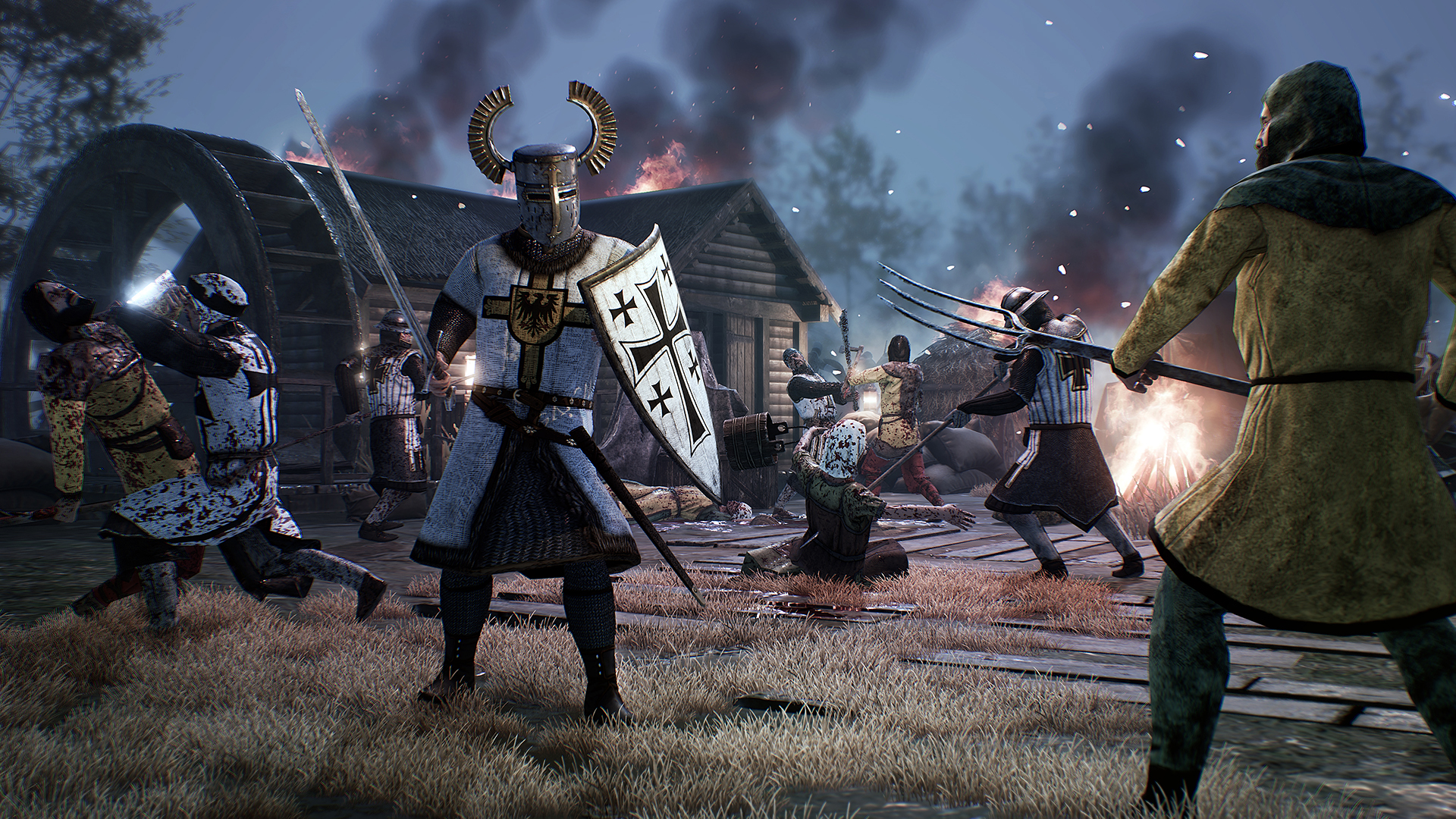 Retro FPS Viscerafest Is A Hardcore Circus Of Gore